Schools "teaching in 'ability' sets despite evidence this may cause harm"

Schools are rejecting the chance to teach children in "mixed-ability" classes despite evidence that the alternative - pupils being put in ability sets or streams - will have a negative effect on at least some of their charges' results, according to new research from UCL. 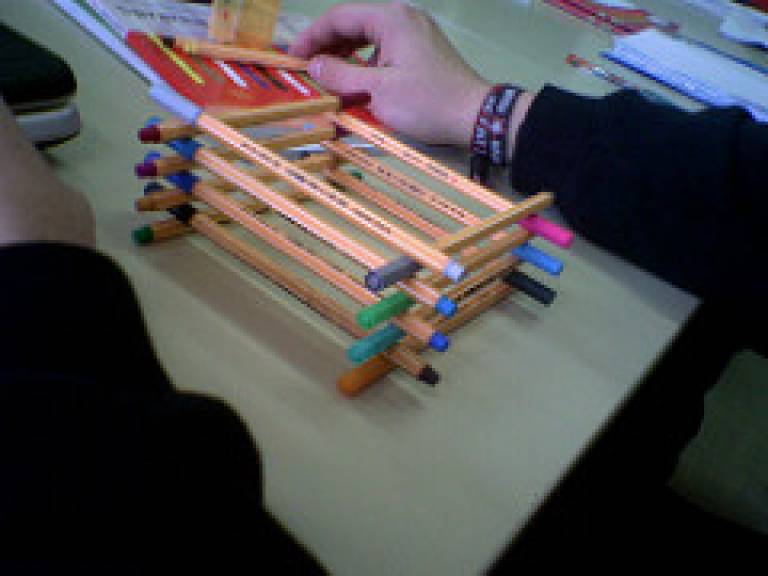 The study finds that fear of reactions from parents, who often expect children to be grouped in sets or streams, as well as a more general caution in schools, may be playing a part in these decisions.

It cites previous evidence that setting, where pupils are grouped in classes based on prior results in tests or other judgements the school may make about their "ability", is overwhelmingly used for maths in English secondary schools.

It is also widely used in English in secondaries, while setting has also been extending into primary schools. This is despite established research showing that, while "high-attaining" pupils may make some gains from the practice, the reverse is true for those in lower sets, including many students from poorer backgrounds.

The BERA paper sets out difficulties the research team had in even finding schools to take part in a major investigation they are carrying out into "best practice" in how pupils should be grouped in the early years of secondary school.

The researchers sought to set up a randomised control trial in which they would compare the test results of children who were grouped in ability sets, and those taught in "mixed attainment" classes.

But while they recruited all of the 120 schools they had sought which taught pupils in sets, it proved impossible to find even the much smaller sample they had aimed for among schools teaching mixed classes. Having aimed for 20 such schools from the London area alone, the team only managed to recruit 17 from across England.

In the paper, analysis of the team's experience in struggling with recruitment to the trial is complemented by evidence from interviews, other research studies and a survey of those schools which did feature in the investigation and which use mixed attainment teaching. This presents a picture of a widespread reluctance among schools to adopt the practice.

Some schools which ended up withdrawing from the mixed-attainment element of the trial said that they worried that it would be viewed as "unconventional" by parents, who might avoid choosing the school for their children as a result.

In a climate of fear in which schools faced serious consequences if results fell, there was also a caution against trying anything new. This may be creating a "vicious circle", with the practice seen as "risky", so few schools adopted it, which meant few teaching resources were created to support it.

Paradoxically, however, this is despite setting seemingly lacking strong research evidence. On the website of the Education Endowment Foundation, the organisation set up by the government to promote evidence-based teaching, the practice of "setting or streaming" is listed as likely to have a "negative impact", on balance, on pupils.

The site says: "Overall, setting or streaming appears to benefit higher attaining pupils and be detrimental to the learning of mid-range and lower attaining learners. On average, it does not appear to be an effective strategy for raising the attainment of disadvantaged pupils, who may be assigned to lower groups."

Lower-attaining learners made one to two months per year less progress when taught in sets or streams as opposed to those in mixed classes, the site says in a summary of existing research, although the reverse was true of higher-attainers.

Some schools were committed and enthusiastic users of mixed-attainment teaching, the paper found, in some cases viewing it as part of their identities. But they were clearly well outnumbered.

Dr Taylor said: "The recruitment records and recruitment outcomes to our large-scale project, and qualitative data gathered in our pilot study, show that schools are generally reluctant to engage with mixed attainment teaching, particularly in mathematics and even in an educational context that strong advocates evidence-based practices.

"Mixed attainment grouping is widely seen as difficult, and unconventional, and therefore risky."

"It is student attainment outcomes which suffer as a result of this fear, while research suggests outcomes might be improved (at least for low attainers) by mixed attainment grouping."