Congratulations to announce Professor Tom Foltynie, Consultant Neurologist and Professor of Clinical Neurology at UCL Institute of Neurology, who is the inaugural winner of The Tom Isaacs Award. 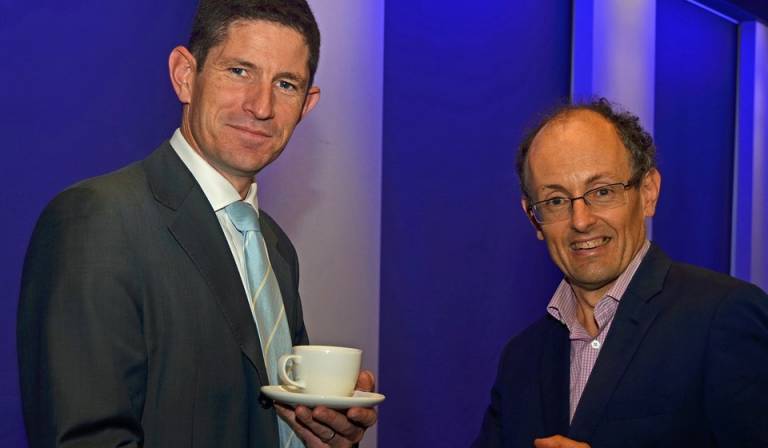 The Award was presented on 27th September at the annual Grand Challenges in Parkinson's conference and Rallying to the Challenge meeting held at VARI, Grand Rapids, Michigan.

Professor Foltynie said, "I am so honoured to receive this award. Tom Isaacs' spirit will live on through this tightly knit family of people all committed to finding a cure for Parkinson's disease."

Set up in memory of Tom Isaacs, the late co-founder and president of CPT, this new Award recognises a researcher who has shown the greatest impact on the lives of people living with Parkinson's and has involved people with Parkinson's in a participatory way in their work.

Presented jointly by CPT and VARI, the Award also seeks to recognise Tom Isaacs' vision that a cure for Parkinson's will be found and that greater value is gained from working with people with Parkinson's in this quest.

"As a result of his dedication they have shown that a therapy that slows Parkinson's disease may be within reach. It is really quite a remarkable achievement and could end up being a milestone in the history of Parkinson's." Professor Patrik Brundin, Associate Director of Research at VARI.

CPT has worked closely with Professor Foltynie over many years. He sits on both the Research Committee and the Linked Clinical Trials Committee. Professor Foltynie also appeared in CPT's BBC Lifeline Appeal and BBC Radio 2's Jeremy Vine show earlier this year.