People with dementia fail to get specialist care despite huge needs

People suffering in the late stages of dementia receive most of their healthcare from GPs or emergency services rather than from specialist health care professionals, despite them having complex needs, researchers at UCL have found. 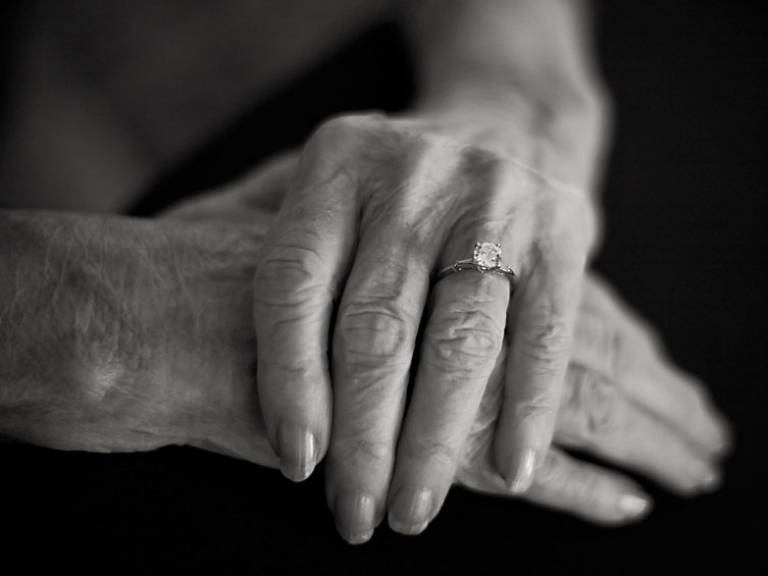 The researchers, from the Marie Curie Palliative Care Research Department at UCL, found that GPs were the main providers of medical care, with 96% of people with advanced dementia  seeing a GP in their last month of life.

Paramedics also played a major role in assessment and healthcare towards the end of life, suggesting a reactive rather than planned response to patients' needs - nearly one in five (19%) were seen by a paramedic in the month prior to their death.

Based on the findings, the researchers say healthcare services are not currently tailored to the complex needs and symptoms of people with advanced dementia. Given that dementia is now the leading cause of death, they say there is urgent need to ensure an adequate standard of comfort and quality of life for patients.

Care homes, where the majority of people with dementia will die, were found to be poorly served by secondary healthcare services and GPs visiting homes were not supported by specialist services. This reflects the findings of previous studies showing that nursing home residents receive less planned and more emergency healthcare than those living in their own homes.

Palliative care teams may have assisted with symptom management but less than a third of participants (28%) were seen by a palliative care team (34% were referred) and  when they were, this was predominantly in the month prior to their death.

When advance care planning did take place, this focussed on resuscitation decisions and place of death, rather than the type and quality of care that the person would like to receive at end of life.

Dr Liz Sampson, Reader at UCL's Marie Curie Palliative Care Research Department, said: "There are challenges that we face in terms of providing high-quality end of life care to people with dementia, including an uncertain prognosis, the difficulty in knowing when people are entering the terminal phase of their condition and when specialist services should be involved. However, this uncertainty needs to be taken into account in the planning, commissioning and delivery of services."

"Complex symptoms require active specialist intervention, multidisciplinary working and effective care coordination but many GPs are not supported by these services and feel that they do not have the time or knowledge to do this themselves. The system isn't currently fit for purpose. We need to see more resources provided in the community and nursing home staff receiving more support from external healthcare services."

"For many people with advanced dementia, care homes are essentially playing the role of hospices but without any of the specialist support services that are available in a hospice. This is not fair to the residents and their families, or the care home staff who are unable to meet the needs of their residents."

The findings did show that, despite the regular involvement of paramedics, there were relatively few admissions to hospital. However, the researchers note that this should not be taken as evidence that peoples' needs are being adequately served in the community.

Dr Sampson said: "General hospital admission was infrequent but this was offset by a high use of paramedics or ambulance services. While there have been efforts to reduce the number of admissions to hospital when people are nearing the end of life, this has not been accompanied by a focus on the palliative care needs of patients and their quality of life in the care home."

Helen Findlay who cared for her mother who died from dementia said: "Mum's dementia was getting worse but when I asked about palliative care I was told that she wasn't at that stage, despite the fact my GP had told the family that she only had 12 months left to live. Nearer the end I asked about specialist care again and they said that she didn't need it as she didn't have cancer - that's how they viewed it. Sadly, I think there is a perception that dementia isn't a terminal illness and therefore doesn't require specialist care. My mum was also suffering from kidney failure and this might have been picked up on earlier if she had been seen by a specialist."

"At the end of the day it's about treating people with respect and giving them the dignity they deserve when they're dying. When a loved one has dementia, you're already grieving before they've died. I can't say how helpful it would have been to have received the level of support we all needed at that difficult time."

The research is published in the journal Palliative Medicine.