Music is identified as a key influence on great poets and novelists of the past century in a landmark book by Professor Dominic Wyse (UCL Institute of Education). 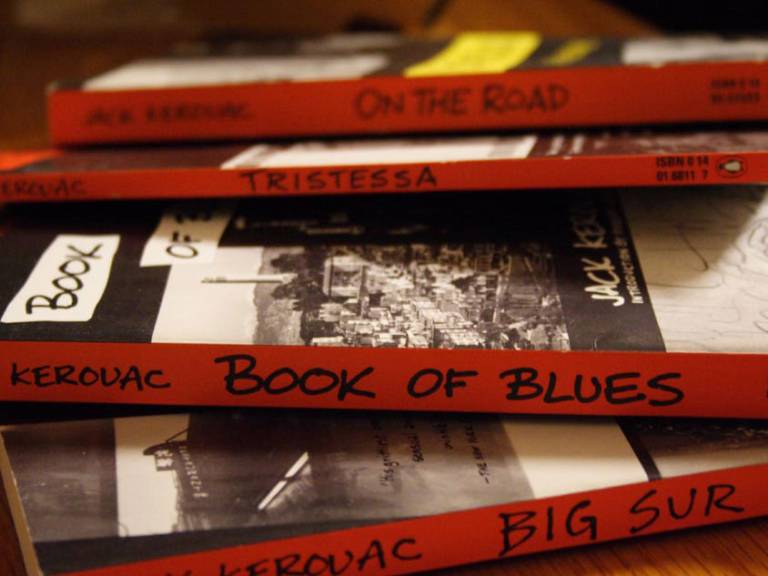 The book, "How Writing Works" is being discussed at the British Educational Research Association's (BERA) conference this week.

Ted Hughes, Jack Kerouac, Haruki Murakami and William Faulkner are among the writers to have referenced links between music and their own or others' compositions.

The findings set out in the book also offers some carefully-balanced criticism of two bestselling authors on the English language: Lynne Truss of 'Eats, Shoots and Leaves' fame and the psychologist Stephen Pinker.

Wyse, who is Professor of Early Childhood and Primary Education, has more than 20 years' experience researching topics including the teaching of writing, reading and creativity in schools. But a chapter of the book sees him looking beyond the classroom to consider the creative process of renowned authors.

Professor Wyse did this principally by analysing reports of interviews given by some of the greats of modern literature to the Paris Review, the quarterly literary magazine whose first edition was in 1953.

Jack Kerouac told the Review that jazz had been so influential on his work that, when writing poetry, he even used the size of his notebook to limit the length of a line of a poem in the way that musical bars provide structure for a jazz composition.

Professor Wyse writes that both written text and music - particularly as written for performance by wind instruments or to be sung - are influenced by the rhythm of breathing. Or, as he puts it, "constrained by the human capacity to breathe".

This link is made explicit by Kerouac, who cites the case of "tenor [saxophonist] drawing a breath and blowing a phrase on his saxophone till he runs out of breath, and when he does, his sentence, his statement's been made…That's how I therefore separate my sentences, as breath separations of the mind."

Ted Hughes is quoted from his 1967 book 'Poetry in the Making as stating that the music of Beethoven was his "therapy" during his "years of chaos and confusion". He also links work by Shakespeare and TS Eliot to music.

Hughes is quoted in a 1995 edition of the Paris Review saying: "Take any passage of 'The Waste Land', or maybe a better example is Eliot's poem 'Marina'. The music of those words, the musical inevitability of the pitch, the pacing, the combination of inflections [are] the ultimate perfect containment of unusually powerful poetic forces."

William Faulkner modestly told the Review of his "express[ing] clumsily with words what…music would had done better," while Haruki Murakami - described in 2000 as "among the world's greatest living novelists" - said: "Music is a very strong influence: the chords, the melodies, the rhythm, the feeling of the blues are helpful when I write."

The popular horror and science fiction writer Stephen King is also quoted as having had music playing in the background while he was writing. He "used pop music as a means to stimulate the pace of the plots in his writing," in the earlier years of his career, writes Professor Wyse, though more recently King only plays music when re-reading what he has written.

Professor Wyse also quotes the author David Lodge, in a chapter Lodge wrote for the course book of the University of East Anglia's well-known creative writing course, stating that Graham Greene needed to read aloud sentences he had written, in order to check their "cadence".

Professor Wyse describes the influence of music on writing as "unsurprising", as "sounds and music were the substrate on which human language evolved". "The ability to make musical sounds with the voice, and to use objects percussively, all came before the ability to write," he states.

In a discussion elsewhere in the book about arguments over grammar and punctuation, Professor Wyse takes issue with an assertion by Lynne Truss, in her bestselling book on punctuation, 'Eats, Shoots and Leaves'. Truss had written that: "there remains the awful truth that, for over a quarter of a century, punctuation and English grammar were simply not taught in the majority of schools".

Professor Wyse says Truss had offered no evidence for this claim, which seemed related to the period 1963 to 1988. He points to a government inquiry in 1967 which had stressed the need for pupils' punctuation to be corrected where it "impeded communication". He suggests that Truss's argument was "illogical", because young people would not have been able to pass exams had they not been taught punctuation, grammar and spelling.

He also argues that Stephen Pinker failed to take enough account of context and the importance of subjectivity in categorising writing as either "strong" or not in Pinker's book 'The Sense of Style'. Professor Wyse uses the introduction to Charles Darwin's 'On the Origin of Species' to show that, while the opening of the book might fall into Pinker's category of "banal/not strong" writing, the book's great success was dependent more on the context of its contribution, including how it interacted with the knowledge and interests of its readership.