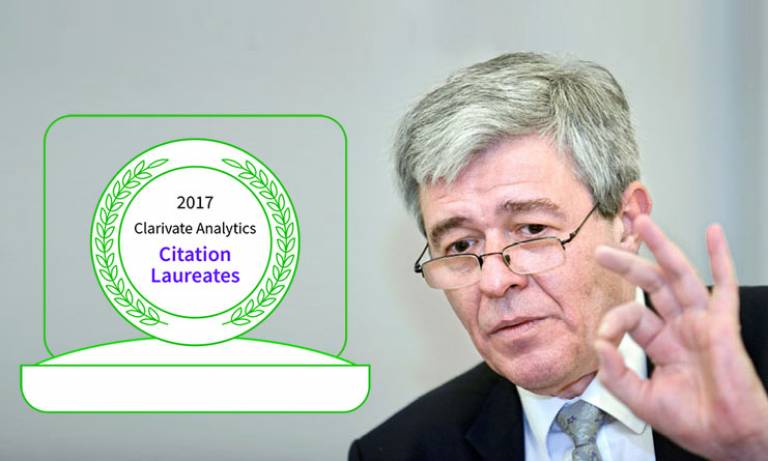 Each year they mine millions of citations in the Web of Science to identify top-tier researchers in physiology or medicine, physics and chemistry - fields recognised by the Nobel Prizes in science.

This year they have selected 22 Citation Laureates from around the world including Prof Karl Friston, Professor of Imaging Neuroscience and Wellcome Principal Research Fellow, Wellcome Trust Centre for Neuroimaging  at the Institute of Neurology. Prof Friston has been identified for his fundamental contributions to the analysis of brain imaging data, specifically through statistical parametric mapping and voxel-based morphometry.

Citation Laureates are scientists and economists whose publications have been cited so often by their colleagues - and thus who have been so influential - that they are forecast as potential recipients of the Nobel Prize in this year or in the future.

In 15 years, 43 Citation Laureates have gone on to receive Nobel honours.

" While I am delighted with this news, I am not sure it is the best way to manage the expectations of my funders and friends. I do however anticipate receiving lots of invitations on 'Linked in'