For boys at risk of psychopathy, laughter isn't so contagious

For boys at risk of developing psychopathy when they become adults, laughter isn't as contagious as it is for most other people, according to a new Current Biology study by UCL researchers. 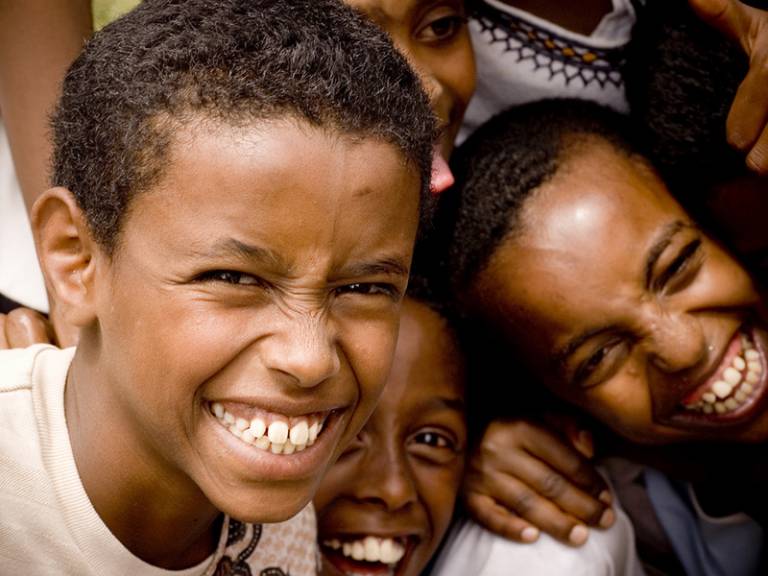 Individuals at risk of psychopathy show persistent disruptive behaviours alongside callous-unemotional traits. When asked in the study, boys fitting that description reported that they didn't want to join in with laughter as much as their peers. Images of their brains also showed reduced response to the sound of laughter. Those differences were seen in brain areas that promote joining in with others and resonating with other people's emotions, not in auditory brain areas.

"Most studies have focused on how individuals with psychopathic traits process negative emotions and how their lack of response to them might explain their ability to aggress against other people," said senior author Professor Essi Viding (UCL Psychology & Language Sciences). "This prior work is important, but it has not fully addressed why these individuals fail to bond with others. We wanted to investigate how boys at risk of developing psychopathy process emotions that promote social affiliation, such as laughter."

Professor Viding and colleagues recruited 62 boys aged 11 to 16 with disruptive behaviours with high or low callous-unemotional traits and 30 normally behaved, matched controls. The groups were matched on ability, socioeconomic background, ethnicity, and handedness.

"It is not appropriate to label children psychopaths. Psychopathy is an adult personality disorder. However, we do know from longitudinal research that there are certain children who are at a higher risk for developing psychopathy, and we screened for those features that indicate that risk." Professor Viding explained.

The researchers captured the children's brain activity using functional MRI while they listened to genuine laughter interleaved with posed laughter and crying sounds. The boys who took part were asked, on a scale of 1 to 7, "How much does hearing the sound make you feel like joining in and/or feeling the emotion?" and "How much does the sound reflect a genuinely felt emotion?"

All the boys showed brain activity to genuine laughter in many parts of the brain, including the auditory cortex, where sounds are processed. However, some interesting differences also emerged, and these were particularly pronounced in boys whose disruptive behaviour was coupled with callous-unemotional traits. They showed reduced brain activity in the anterior insula and supplementary motor area, brain regions that are thought to facilitate resonating with other people's emotions and joining in with their laughter. Boys who were disruptive but had low levels of callous-unemotional traits showed some differences too, but not as pronounced as the group with high levels of callous-unemotional traits.

Professor Viding said it's hard to know whether the reduced response to laughter is a cause or a consequence of the boys' disruptive behaviours. But the findings should clearly motivate further study into how signals of social affiliation are processed in children at risk of developing psychopathy and antisocial personality disorder. She and her colleagues hope to explore related questions, including whether these children also respond differently to dynamically smiling faces, words of encouragement, or displays of love. They also want to learn at what age those differences arise.

The findings show that kids who are vulnerable to developing psychopathy don't experience the world quite like the rest of us, Professor Viding said.

"Those social cues that automatically give us pleasure or alert us to someone's distress do not register in the same way for these children," she said. "That does not mean that these children are destined to become antisocial or dangerous; rather, these findings shed new light on why they often make different choices from their peers. We are only now beginning to develop an understanding of how the processes underlying prosocial behaviour might differ in these children. Such understanding is essential if we are to improve current approaches to treatment for affected children and their families who need our help and support."

The study was funded by the Medical Research Council and further supported by the Royal Society, the British Academy and the Portuguese Foundation for Science and Technology.