Spotlight on Will Richard

This week the spotlight is on Will Richard, Visitor Services Assistant at the Grant Museum of Zoology and Bloomsbury Festival Coordinator. 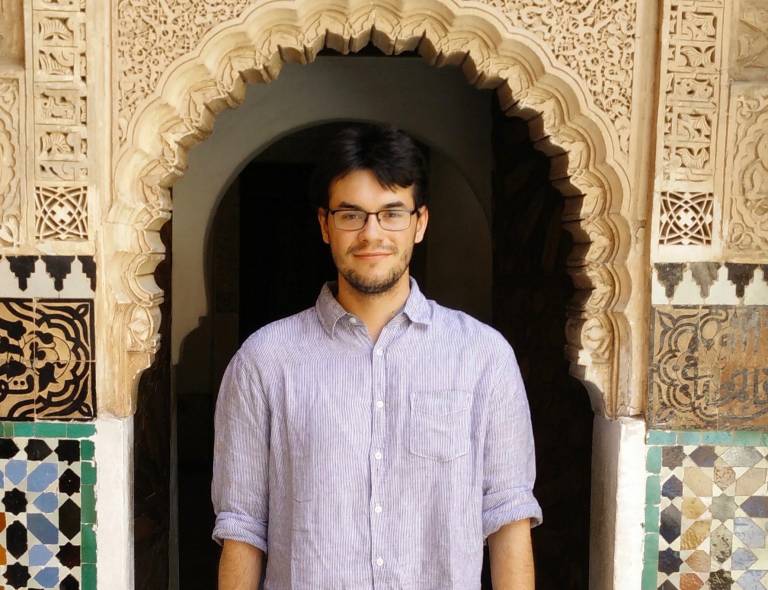 I am the Bloomsbury Festival Coordinator, supporting the UCL Culture team to deliver UCL's festival programme 'Being Independent: the science and art of living well'. We have put together some incredible events and exhibitions developed by colleagues from across the University as well as art, dance, music and theatre performances. The Bloomsbury Festival runs from 18-22 October, and the UCL Main Quad is the hub of activities from 11am-5pm on Saturday 21st. It's free and open to everyone, so please come!

I currently have two jobs at UCL. I actually started as part of the team behind the Grant Museum of Zoology in 2014, where I engage the 33,000 members of the public that visit every year. Before that I worked in public engagement for the Royal Society for the Protection of Birds (RSPB) and as a mammal keeper at London Zoo.

I'm going to go back to the zoo for this, where I was part of a team that successfully bred the endangered Malayan tapir. These animals are notoriously difficult and slow to breed and the calf was, at the time, only the 57th in captivity in the world.

The Bloomsbury Festival starts next week…

Sergeant Pepper, Kung Fu Panda 2, and Hound of the Baskervilles.

Two cats are in a swimming race: an English cat called "one two three" and a French cat called "un deux trois".

David Attenborough. On his own, because I don't want anyone else there interrupting my questions.

The pony tail does not suit you…