Professors Chris and Uta Frith will make history in October as they team up to deliver a two-person Discourse for the Royal Institution (Ri). 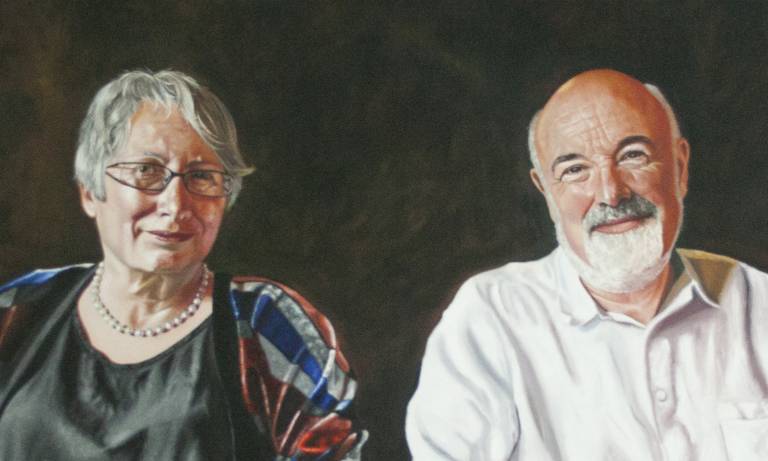 The Ri's Discourse series is one of its oldest - dating from 1825 - and one of its most prestigious. It's a chance for celebrated scientists to share their research with the general public.

Typically the Discourse is presented by one person only, who, according to tradition, is locked into a room for ten minutes before the start time and then begins their talk promptly without any introductions.

However, on Friday 27th October 2017, the Friths will make history by being the first two-person team to present a Discourse. During their talk, which is titled "Two heads," they will discuss the science of collaboration: the advantages and disadvantages of working and making decisions together.

Chris is the Emeritus Professor of Neuropsychology at the Wellcome Trust Centre for Neuroimaging. His research investigates the neural basis of social interaction, in particular the mechanisms underlying the human ability to share representations of the world. He is a Fellow of the Royal Society, the British Academy, and the American Association for the Advancement of Science.

Uta is Emeritus Professor of Cognitive Development at the Institute of Cognitive Neuroscience. Her research focuses on autism spectrum disorders; specifically, the underlying cognitive causes of developmental disorders and their links to behavioural symptoms and brain systems. She recently became president of the British Science Association.

Tickets are currently available from the Ri website. The Discourse will also be recorded and later made available on the Ri's YouTube channel.