Congratulations to Professor Bart De Strooper, who has won the 2017 European Grand Prize for Research from the Alzheimer Research Foundation. 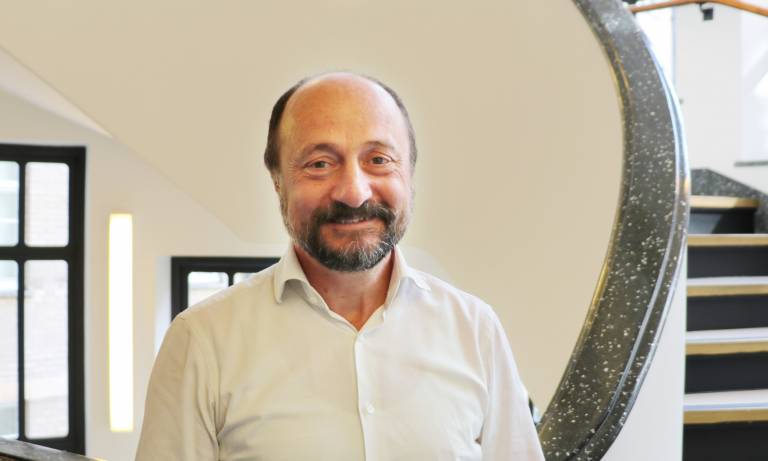 Professor De Strooper is the Director of the UK Dementia Research Institute (UK DRI) and Head of Department of the UK DRI at UCL. He was recognised for the Foundation for his major contributions to the field of Alzheimer's disease.

His work has contributed to the identification of mutations in the presenilin gene that are responsible for the majority of the genetic forms of disease. He also clarified the role of enzymes (gamma and beta secretase), whose activity results in the genesis of the beta-amyloid fragment, one of the major players in the pathology of Alzheimer's disease.

He has also shown the role of certain enzymes, called kinases, in the genesis of certain forms of Parkinson's disease.

Professor De Strooper said: "I am very honoured and very happy to receive this prize. Thank you to the Foundation and to everyone I have worked with to make these discoveries possible."

The Alzheimer Research Foundation aims to contribute to the development of research in the field of Alzheimer's disease and related syndromes, in France and beyond. The winner of the European Grand Prize, originated in 2011, is awarded to the researcher known for "the high level of their scientific publications and their capability to mobilise a team around a particularly promising research project."

The Prize will be officially awarded in February 2018 at the 13th Foundation Gala.