From our Student Journalist: How are you 'faking it?'

MyUCL Student Journalist Robert Vilkelis reports on the Institute of Making's 'Faking it' day Fakeness is timeless It's Saturday, and I'm at 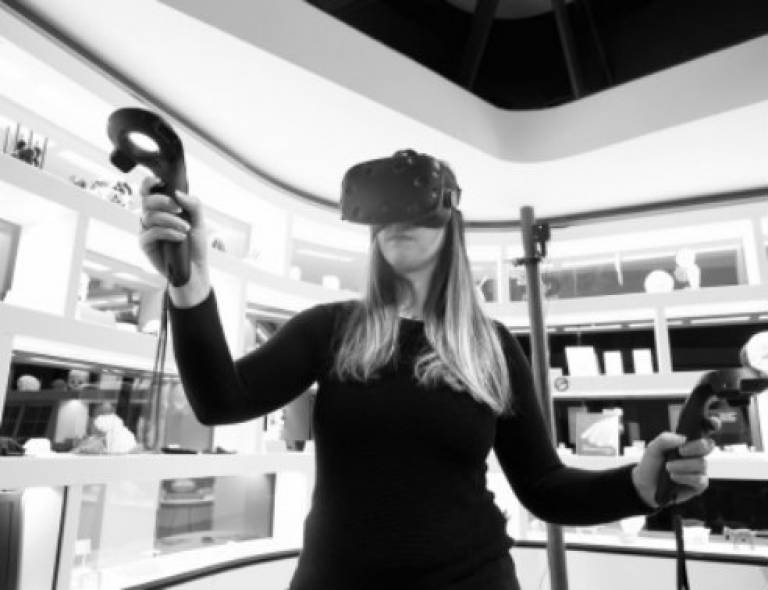 Why perform such - as some have described it - sacrilege? To create a "hidey-hole"; to carve a space to hide what I want to keep secret, while convincing the rest of the world that what they see is simply what it is.

As the silver of my blade sheers through another chapter, it's difficult not to think about how archaic this is - like the times where people would hide things like a bottle of whiskey in a Bible. At least, that's what Looney Tunes told me!

But is it that unusual? Today, "fakeness" is everywhere: we create technology that can edit pictures better and better, then complain about being shown manipulated ads; we want more and more responsive and lifelike artificial intelligence, but are intimidated when it becomes "too real"; we want everything for free, but we're uncomfortable with our data being sold.

Living surrounded by "fakeness" - within a "pretence" - isn't necessarily a bad thing. But there can be a cost, as I discovered.

Dealing with my "fakeness"

Just two weeks ago, I had to be real with my own "fakeness" in my education.

I'm committed to creatively engaging with what I study, and to championing extraordinary teaching and learning at UCL. There's nothing I care about more or more frequently write about.

Yet, had you been with me, you would've watched in shock as I walked away from a conversation with a lecturer where my "feedback" about the module had been so cutting that they were holding back tears, and so was I.

I was shaken. How did it land so badly? I was making it personal - and instead of standing for better learning and teaching for students AND for staff, I got entrenched in wanting to be right about what I thought was missing in my module.

I was pretending that I cared about my education and the lecturer in front of me, when really, I was hiding my anger, resentment and frustration.

My emotions weren't fake. My commitment to making education extraordinary wasn't fake. What WAS fake was pretending that I wanted to have a constructive conversation while what I really felt - what was "real" in that moment - was a need to vent.

In that moment, I saw how being righteous was easier than being vulnerable, and how blaming "bad teaching" and "vague assignments" was easier than admitting to my own confusion and avoidance of responsibility.

In getting "real" with my "fakeness", I could be responsible for it.

Be real with your learning.

Perhaps there's something you didn't understand in a class but didn't raise your hand to ask for clarification.

Maybe there's a forum or group chat you're quietly not participating in, hoping no one will notice.

Perhaps you're taking part in things you don't actually believe in.

Maybe you stopped short of choosing what you really wanted, and now you're acting like you're okay with it.

No matter what's going on, there is something that you really want: you want an awesome university experience.

Giving up what you're dwelling on? That's what it takes to deal with that personal "fakeness" that even the most confident of us have - and it's the key to doing what you really want to while you're here at UCL.

What's defining your university experience?
What might you be pretending, and what does that cover up?
What could "giving it up" open up for you?