Catching the first light from a gravitational wave event

Light and gravitational waves produced by the same event - a pair of neutron stars exploding - have been detected for the first time by a huge international collaboration involving UCL researchers. 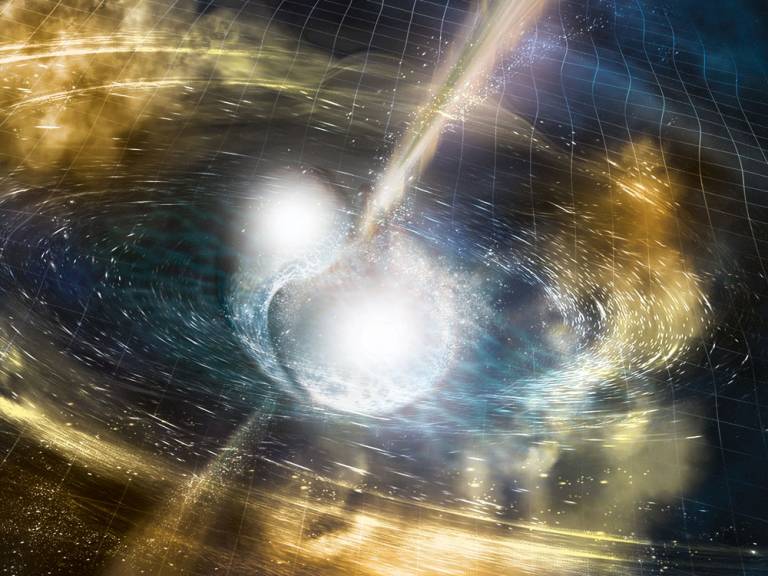 The outburst took place in a nearby galaxy called NGC 4993, located about 130 million light-years away in the direction of constellation Hydra.

The simultaneous detection of light and gravitational waves has been described by scientists as 'like hearing thunder and seeing lightning for the very first time' and UCL researchers working on the Dark Energy Survey (DES) and Swift mission were some of the first to detect light produced by the stars exploding.

A gravitational wave discovery was made on 17 August by the Laser Interferometer Gravitational-Wave Observatory (LIGO) and the Virgo collaborations as the event caused ripples in the Earth's space-time. This alerted observatories in space and on the ground to search for the source in the sky in the light from gamma-rays, through optical to radio waves.

Just 1.7 seconds after the gravitational waves rushed past Earth, NASA's Fermi Gamma-ray Space Telescope caught high-energy light from an explosion associated with the event. Swift, Hubble and Chandra missions, along with ground-based observatories including the Blanco telescope in Chile used by DES, later captured the fading glow of the blast's expanding debris.

"As the collision occurred relatively close to Earth, scientists were able to point telescopes in the direction of the event and get a clear picture of the light. We successfully tracked the UV light using the Ultraviolet and Optical Telescope on-board NASA's Swift satellite which is a UCL built, operated and maintained instrument that has been active since its launch in 2004," added Dr Paul Kuin (UCL Mullard Space Science Laboratory) who works on Swift.

UCL DES scientists PhD student Antonella Palmese, Dr Will Hartley and Professor Lahav were part of a large team that observed the fiery aftermath of the event, recording images using the Dark Energy Camera (DECam), which was part-built by UCL researchers. Their findings, in collaboration with Fermilab and other groups will appear in The Astrophysical Journal.

Simultaneously, UCL Mullard Space Science Laboratory (UCL MSSL) scientists PhD student Samuel Emery, Dr Alice Breeveld and Dr Kuin were working on the Swift mission. As part of a study led by the University of Leicester, they successfully detected a brightly glowing and rapidly fading ultraviolet light source from the event location but were unable to detect any X-rays because they were too faint. Their findings are being published today in Science.

With masses 10 and 60 percent greater than that of the Sun's and sizes no bigger than London, the neutron stars whirled around each other hundreds of times a second, and as they drew closer, they broke apart and produced a spectacular short-lived eruption called a gamma-ray burst. 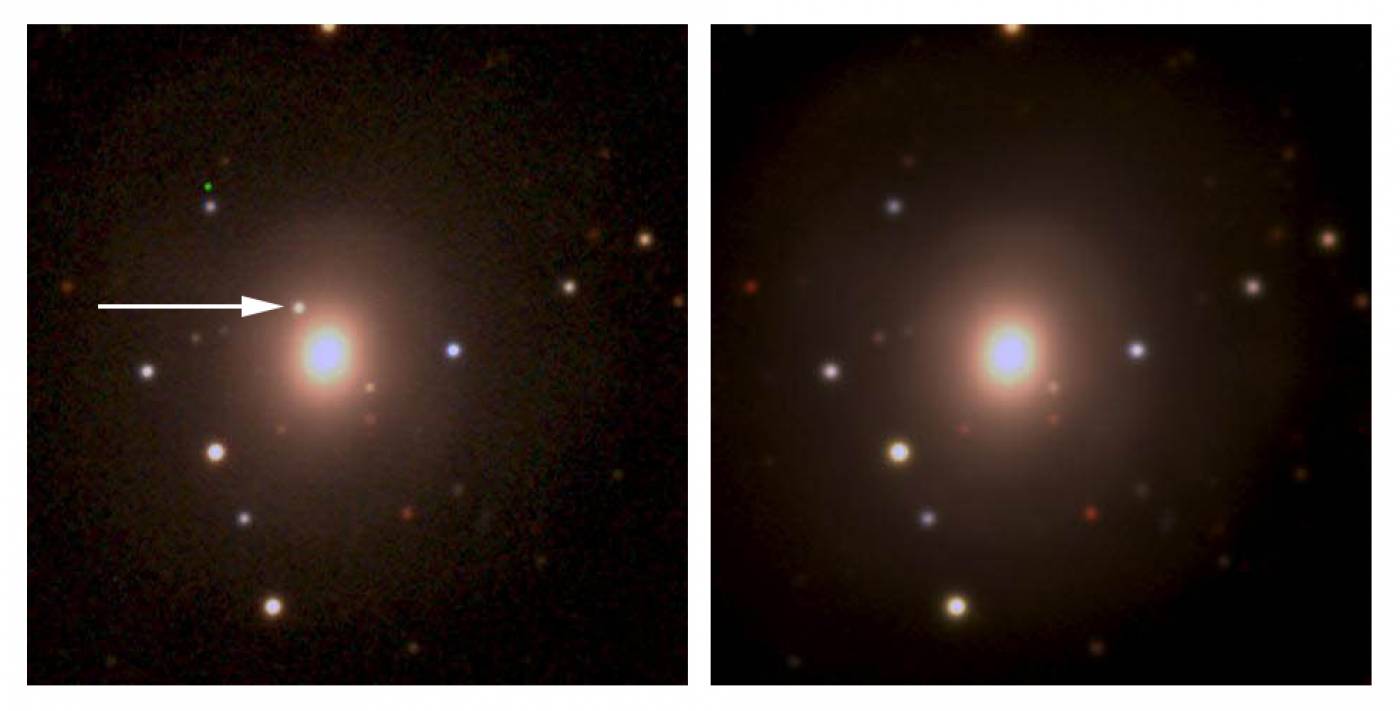 "We know from computational theory that when neutron stars spiral into each other, they eject heavy neutron matter as well as a high powered jet. We saw that the UV light comes from a different, slower outflow than the jet that produced the gamma-ray burst, most likely from a lower density wind," said Samuel Emery.

Together, the scientists found that the event was much brighter than a traditional nova eruption, which is caused by an outburst on a white dwarf star, yet fainter than most supernovae, which herald a star's destruction. Instead, the outburst exhibited the expected characteristics of a 'kilonova' - an explosion similar to a supernova, but on a smaller scale, that occurs when neutron stars crash into each other, creating heavy radioactive elements.

"Each discovery - the gravitational waves, the gamma ray burst and the light from merging neutron stars - have taken years of work and are ground-breaking, standalone findings. It's fantastic to see them all in a single event. With many teams collaborating on this globally, we've made phenomenal progress in such a short space of time," said Antonella Palmese.

The UCL teams hope to better understand how these binary neutron star systems form by further characterising the properties of galaxy NGC 4993 and analysing data captured by Swift and the DECam.