UCL in bid to create new generation of "green" electronics

UCL scientists are seeking new links with Peking University (PKU) to create a new generation of "green" electronic devices that use nanotechnology to reduce the energy needed to generate their power. 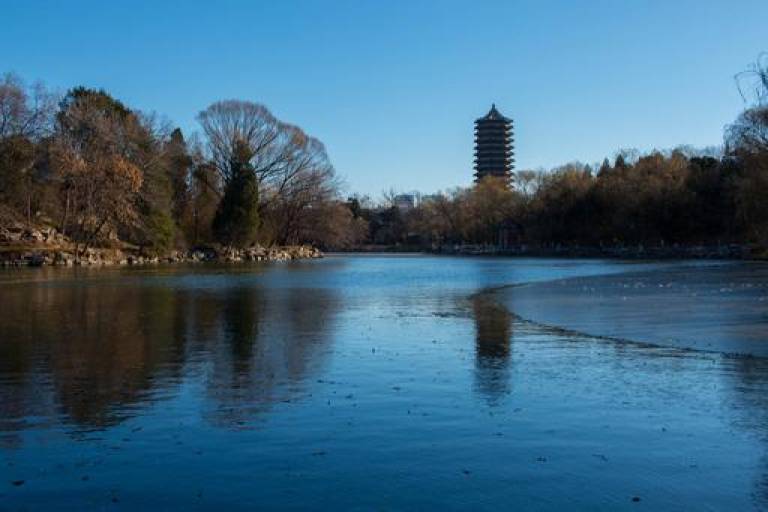 The work could also help usher in the dawn of quantum computers, which operate on a far smaller scale than hitherto possible but which would be capable of massively increasing scientists' ability to analyse data such as the human genome or searching the skies for new stars or cosmic events.

The research is being led by Dr Neil Curson, a senior lecturer at UCL's London Centre for Nanotechnology, who wants to establish a Europe-Asia Consortium to develop low power electronics.

In the relentless drive to make electronics faster and cheaper, components have shrunk by a factor of two every 18 months over the decades since the first transistors came into general use in computers in the mid-1950s.

This miniaturisation has, however, been accompanied by a corresponding increase in power consumption by electronics firms at a time when the world needs to reduce power generation in the battle to combat climate change.

Traditionally computers have used transistors to generate the binary code that is critical to their ability to carry out calculations and analyse data. What Dr Curson and his team are doing is to replace transistors by using "dopant" atoms themselves to generate a quantum version of this binary code.

"In a transistor, current flows through the transistor, so it sucks up energy," said Dr Curson. "In quantum computing, the components effectively talk to each without actually exchanging electricity."

In this process - working at a atomic "quantum" level which Albert Einstein described as "spooky physics" - components are controlled by applying voltages, such as from a battery, which reduces the power needed.

The field of quantum computing was initiated in the early 1980s by the work of the American Paul Benioff, Russian mathematician Yuri Manin and the American physicist Richard Feynman and is regarded as one of the most promising in science though still in its infancy.

Quantum computers are different from binary digital electronic computers based on transistors. Whereas common digital computing requires the data be encoded into binary digits (bits), each of which is always in one of two definite states (0 or 1), quantum computation uses quantum bits, which can be in superpositions of states, potentially holding much more information.

Governments and military agencies around the world are funding research in an additional effort to develop quantum computers for civilian, business, trade, environmental and national security purposes. A small 16-qubit quantum computer exists and is available for hobbyists to experiment with via the IBM quantum experience project. It is estimated that quantum computers could become viable at about 100 qubits.

Dr Curson said quantum computers would be able to carry out complex calculations at previously unimagined speeds such as cracking an encrypted code based on prime numbers almost instantaneously, a problem that would be impossible to solve with a conventional computer.

"What is useful is the capability to search databases very rapidly whether it is searching through the entire human genome for a gene sequence or look for a particular star formation in the sky," said Dr Curson.