They are universities situated in the heart of their respective capitals but are now to link up to create a premier research centre that aims to provide a blueprint for developing sustainable mega-cities around the world. 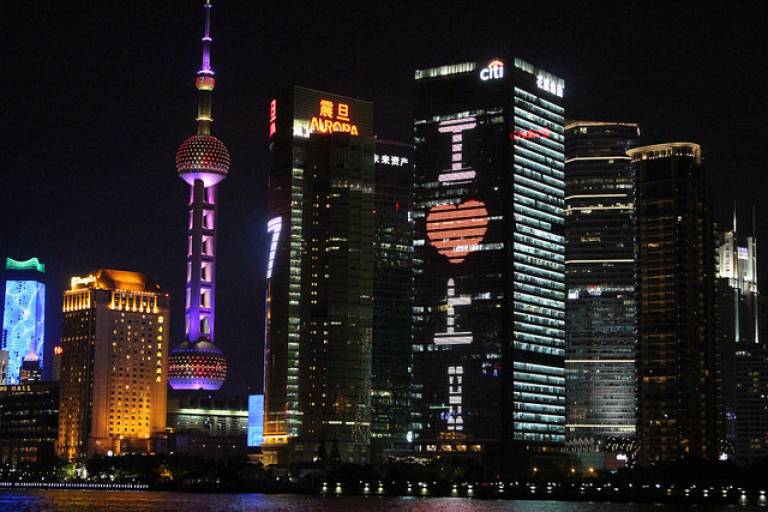 UCL and PKU are ideally located to use their home cities of London and Beijing as living urban labs to develop policies that could tackle the key issues for mega-cities including planning infrastructure, tackling air pollution, absorbing millions of migrants and housing expanding populations.

Under an agreement identifying mega-cities as one of a range of research priority areas for UCL and PKU's partnership, academics from the two institutions will work together to devise solutions and identify what each city can learn from the other.

The tie-up will be led by Fulong Wu, UCL Bartlett Professor of Planning and Professor Canfei He from PKU, with the aim to establish not only a joint UCL-PKU research centre but also a dual masters degree on mega-cities.

It comes only months after China's Communist Party unveiled plans to create a new urban area in Xiong'an, some 100km from Beijing, to boost the region's competitiveness and take "non-core" functions from the capital including offices of state-owned enterprises, government agencies and research and development facilities.

The announcement in April was kept so secret that the local government did not know about it in advance as China's leader Xi Jinping, re-confirmed as General Secretary of the Communist Party of China last month (October) made an unheralded visit to the area.

The creation of the new area is part of a move by China to create city regions - or urban clusters - as a way of managing and planning mega-cities. According to Professor Wu, Greater London's regional development strategy and innovation centres such as the Silicon Roundabout - a technology district in East London - could provide valuable lessons for Beijing's development.

Professor Wu said: "Beijing has a similar problem to London and nearby regions. The problem is scale. The growth of the population in Beijing is too great. It's difficult for the infrastructure to cope and for it to provide sufficient affordable housing, water and other services. They are therefore thinking of a more balance regional framework, encouraging people to stay in regional developments."

One of the questions that his research with his PKU partners aims to answer is how to encourage people to decant to a regional hub rather than move to the centre. There was also an economic and environmental imperative for such a shift, as it meant polluting heavy manufacturing industry in the centre of Beijing could be closed down or moved to the regional hub.

According to Professor Wu, there are major differences between China and the UK in their approach to planning. "In the West, urban planning is regarded as a fairly negative constraint. In China, planning plays a very important role in stimulating development. We can understand why planning plays such a proactive role," said Professor Wu.

China also had to deal with a huge rural migration where some 260m people - almost a fifth of the population - had moved from the countryside to work in cities which had implications for social cohesion, and could provide lessons for Europe currently attempting to cope with an influx of migrants from war-torn or disrupted parts of Africa, the Middle East and Central Asia.

"Rural Chinese migrants are not a floating population, they are embedded in the cities," said Professor Wu. "Migrants are economically well integrated. They are a working population and a very important workforce for cities like Beijing. The policy now is to try to integrate them socially through giving some assessment to the services such as schooling. There's obviously a significant gap in terms of service provision. The key issue is how to implement the development."

Professor Wu said the joint UCL-PKU research would aim to create a new model for urban planning. "Most urban planning theories at the moment are derived from the Western context, from Western Europe and the United States. The development of fast urbanisation in China imposes a need to revise or reformulate urban theories. We can't just use the traditional West European/American model.

"The second aim is to understand urbanisation in China on the ground - its particular history, character, political economy and its trajectory of development in terms of pace. It's very different."

The UCL-PKU research would also focus in on how local government was changing in face of the new demands. "We need more granular work to understand the changing behaviour of local government," said Professor Wu. "They are becoming more entrepreneurial, more friendly to investors."