The risk of developing dementia is around 3. 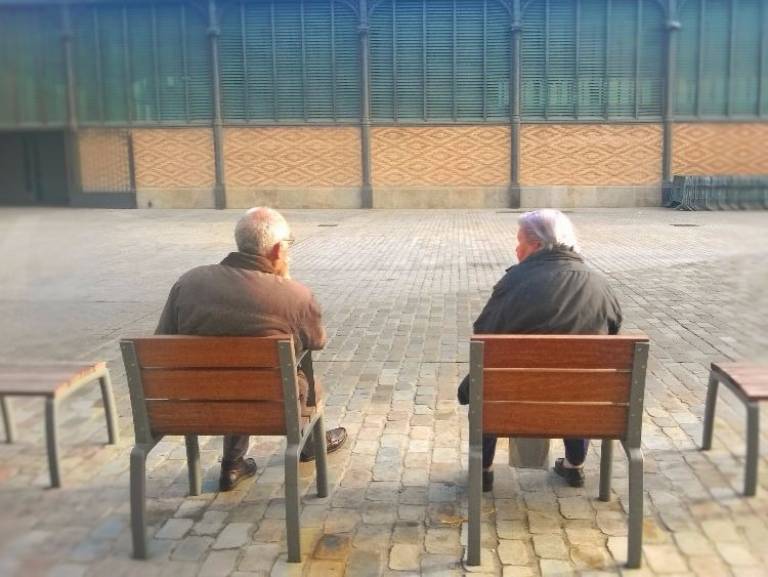 5 times higher in frail older adults than in their non-frail peers, according to a new study from UCL.

Frailty is a complex but common condition of older age, which is defined by a combination of problems with mobility, physical disability, poor general health, eyesight, and hearing, as well as chronic problems like cardiovascular diseases and depression.

Lead author of the study, Dr Nina Rogers (UCL Epidemiology & Public Health) said, "Dementia is very difficult to manage, so the best thing we can do is to find ways to delay its onset and to slow its progress. We know that there are simple things you can do to reduce the risk of frailty, like doing lots of physical exercise, so those are the things to focus on because the knock on effect might lead to a reduction in the risk of developing dementia.

"Frail people are more likely to be badly affected by minor health events that non-frail people would find to be relatively inconsequential. To frail people, minor infections or minor falls might lead to a rapid deterioration in health, increasing disablement, bone fractures, hospitalisation and premature death."

The researchers analysed data from 8,722 participants from the English Longitudinal Study of Ageing (ELSA), a representative panel study of adults aged 50 or over and living in England. The people who participated in ELSA were followed-up every two years over a 10-year period.

Dr Dorina Cadar (UCL Behavioural Science & Health) and senior author of the paper said: "Dementia is highly prevalent in older age and carries a genetic risk. Unfortunately, we can't change our age or genes, and there is currently no way we can completely prevent dementia. However, maintaining a healthy lifestyle will help lower our risk of cardiovascular diseases and frailty, and it's likely that we could be lowering our risk of dementia too."

Around 800,000 people were estimated to be living with dementia in the UK in 2016, costing the UK economy approximately £26 billion per year. The number of people with dementia in England and Wales has been projected to increase by 57% from 2016 to 2040, primarily because of population ageing.

Dr Rogers added, "There are currently no drug treatments that can reverse dementia and there is a pressing need to develop cost-effective approaches that will reduce the risk and delay the onset of dementia."

The work was supported by the National Institute on Aging in the United States and a consortium of UK government departments. The data were made available through the UK Data Service.