In the first of two articles from Student Support and Wellbeing to mark the end of Black History Month, Ntale Eastmond looks at Black mental health 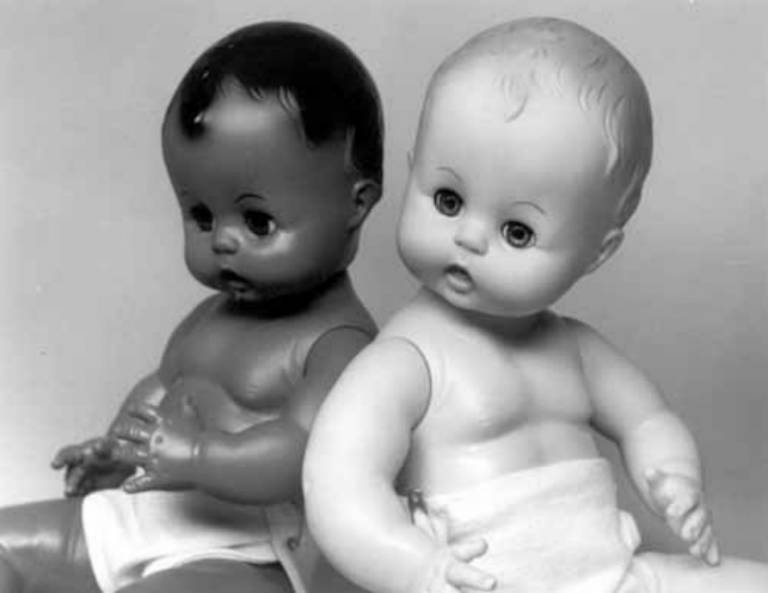 blackhistorymonth.org.uk/" target="_self">Black History Month. In this article looking at Black mental health, Ntale Eastmond, Student Support and Wellbeing Adviser (men's mental health) takes a look at how Black psychologists have contributed to developments in the science of psychology and changed our world.

This husband and wife team were the original Black power couple of psychology. Kenneth Bancroft Clark was the first Black president of the American Psychological Association. He and his wife, Mamie Phipps Clark are best known for their famous "Doll Study" in the 1940s. Called as expert witnesses in the case of Brown v. Board of Education, the couple entered into evidence their study of over 200 Black children who were given a choice between white or brown dolls. Their findings demonstrated that African American children became aware of their racial identity at around three years old and that many of these children internalised the harmful judgements that society made about them. At this age Black children would express a preference for white dolls and Clark's conclusion that segregation was psychologically damaging played a pivotal role in the Supreme Court decision to outlaw segregation(1). The Clarks' work also exposed some of the institutional racism within psychology, showing that psychological testing for learning disabilities was biased, resulting in the misdiagnosis of many African American children.

Eminent British psychiatrist Dr. Suman Fernando worked for the NHS as a consultant psychiatrist for 25 years and is currently an honorary professor in applied social sciences at London Metropolitan University. The author of Mental Health, Race & Culture - who has been vocal and active in his opposition to institutionally racist practices in the NHS and British psychiatric/psychological services - publicly rejected an OBE in 2007, stating that he "cannot possibly accept it while the government is pursuing its present policy regarding mental health legislation ... the government bill currently before parliament is deeply flawed." The bill he referred to was set to exacerbate the discrimination against Black and ethnic minority people by giving practitioners power to compulsorily detain patients (2). Black and mixed race men are more than three times more likely to be admitted to psychiatric detention and women from the same groups are over twice as likely. Despite no existing evidence suggesting African Caribbean people are more likely to act aggressively, Fernando notes that these groups are more likely to be perceived as dangerous by mental health professionals in hospitals. Data has also highlighted that Black men are more likely to be sectioned under the Mental Health Act and are held for longer than their White counterparts. Dr. Fernando continues to campaign for trans-cultural psychiatry in his work and his aforementioned book.

The exceptional career of Joseph L. White spans decades and has changed the psychological landscape significantly. Inspired to push for change, White directly addresses the institutional racism within the field of psychology that has historically disadvantaged Black people and led to abuse and misrepresentation. Belgrave & Allison highlight some of those abuses in African American Psychology: From Africa to America. (3) After helping to found the Association of Black Psychologists and establishing the first Black studies programme at San Francisco State University, Dr. White authored the seminal article, "Toward a Black Psychology". Published in Ebony Magazine, Dr. White argued for the development of the field of Black psychology, observing that the application of mainstream, White psychology to Black people often yielded findings of weakness and inferiority. He stated that White psychology could never accurately and appropriately define Black Americans and couldn't provide a comprehensive appraisal of the situation of Africans in the Diaspora. For these reasons and more, Joseph L. White has been dubbed the father of Black psychology, inspiring and mentoring notable Black psychologists throughout his career.

The first African-American woman to receive her PhD in Psychology, Inez is best known for her work studying the academic development of African-American children in segregated and mixed schools. Her findings showed that Black children in mixed-race schools experience more social maladjustment and feel less secure. This acted as a hindrance to learning and gave context to her findings that Black children fared better in terms of social adjustment and academic development in segregated schools, guiding conversations around the negative impact of institutional racism. Though she died young, she spent her final years passing on her passion and knowledge in historically Black colleges.

A clinical psychologist with over 20 years' experience, Dr Fatimilehin is the founder of Just Psychology. Based in North West England, Just Psychology is a social enterprise which aims to provide culturally competent psychological and mental wellbeing services to BME children and their families. Recent decades have seen huge strides forward for Black psychology such as the founding of the Association of Black Psychologists in 1968 or the Black, African and Asian Therapy Network (BAATN) in 2003. Dr Fatimilehin has been highly influential in the field of clinical psychology and continues to publish work challenging culturally ignorant and racist practices and misconceptions in psychology.

Next week  - 5 small but powerful ways to stand against racism