Drizzle, vomit, electric fences, and recycling his own sweat . 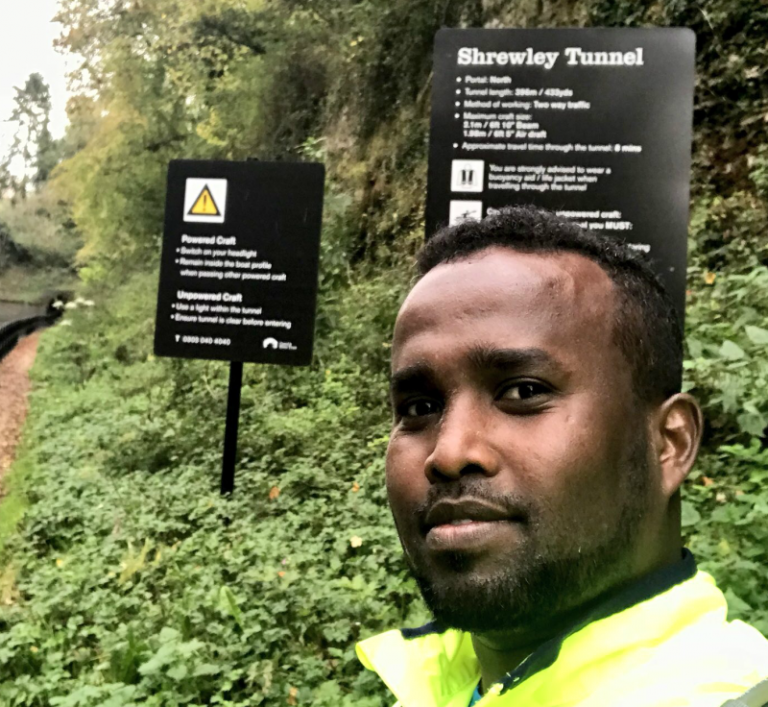 .. Kasim Ali, who has just run from Manchester to London to raise money for a UCL Scholarship for youth affected by the Grenfell Tower fire, reflects on the highs and lows of his epic adventure.

Is it good to know your limits? Had I known mine, I might never have attempted to run 7 Marathons in 7 Days! It's almost a week since I finished and I'm still recovering. 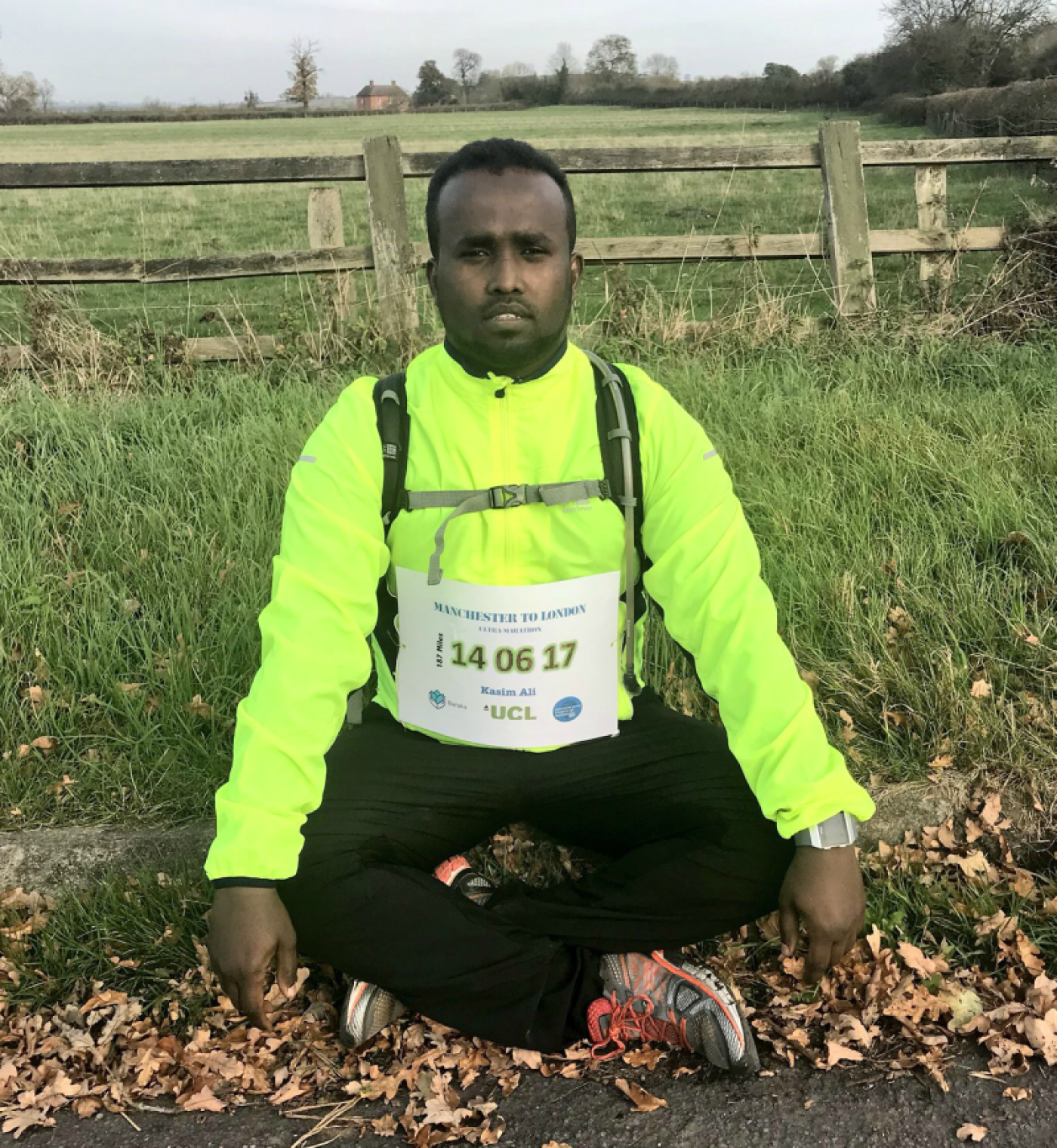 From the start, the Manchester weather was not kind to me. 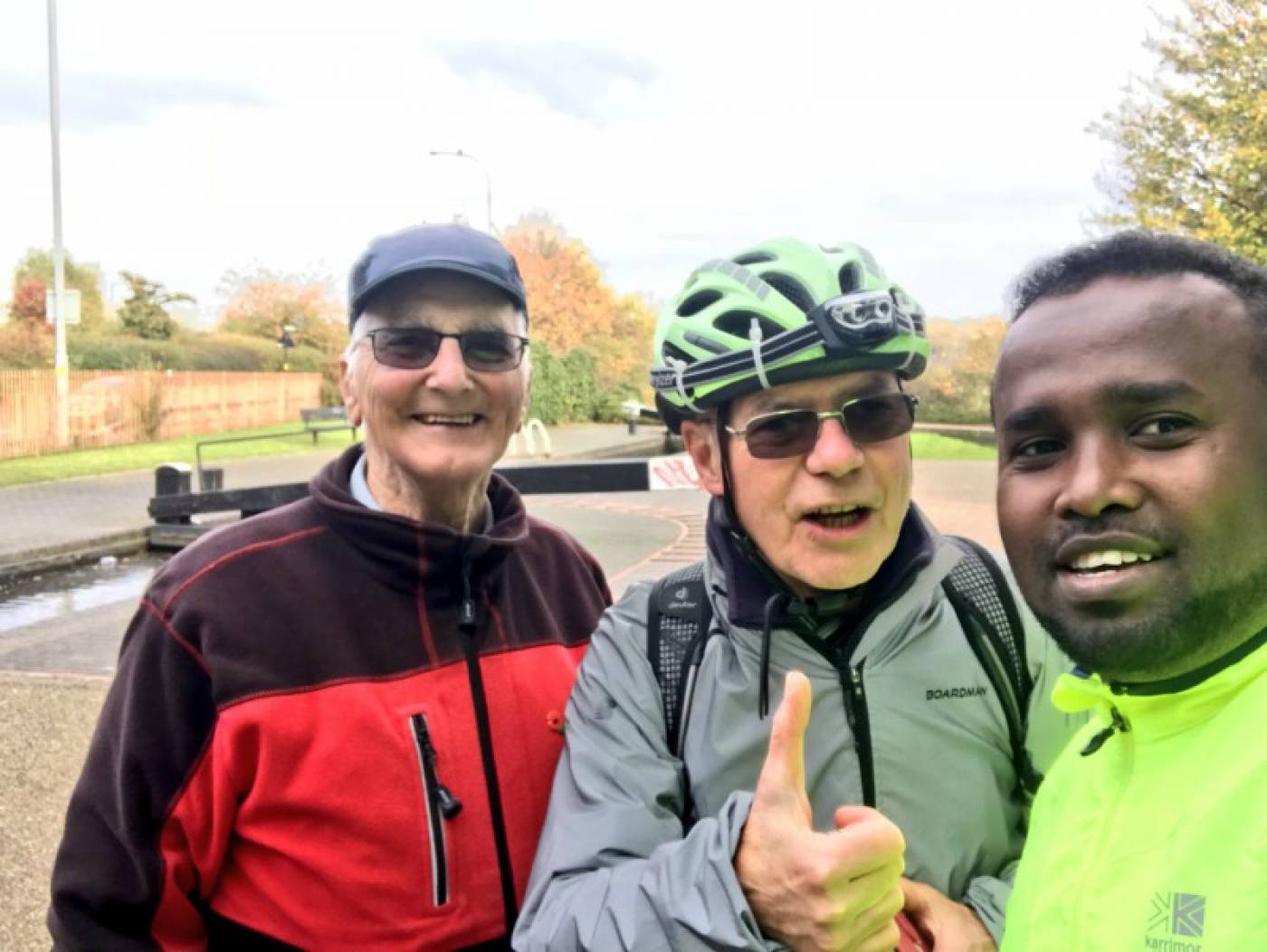 It was cold and raining all day. I had meant to start my run early in the day, but was so hungry I went to a restaurant with a friend in my running kit, and then couldn't start until 5pm, as I had to digest my food.

As a result of starting late, I found myself running along a pitch black country road, which you would not want to drive, let alone run on, at night!

On the second day, there was no road to run on (the A34 is a dangerous road for runners) so I decided to run on harvested farmland between Manchester and Congleton. This was a mistake. Trying to jump back onto the footpath from the field, I encountered an electric fence, and was electrocuted.

For a few hours, the muscles in the back of my thigh were quite painful, but it was bearable, so I continued my run. Then, after several hours running through forests and other inhospitable terrain, my body could not take it anymore. After 23 miles, I started vomiting over and over again and had to stop. I stopped drinking energy drinks and went back to basics, drinking only water and recycling my sweat when it dried on my face to provide me with salt.

It was a lonely and a long run! 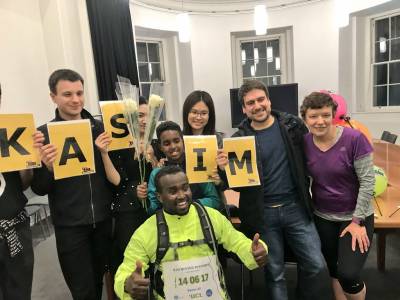 The last run was the longest and the fastest ultra marathon run I have ever done. I covered 35.98 miles in 6:58 minutes (36.2 by the time I made it to the post-run reception with the Provost).

Having Sophie Taysom running alongside me the last four miles gave me a bigger boost than any energy drink could have. So thank you Sophie!

I'm feeling good now and a have a real sense of achievement, which is what each and every runner feels when he/she completes one marathon, let alone completing 6 marathons and one ultra marathon in 7 days.

We are establishing a Grenfell Scholarship to support the long-term educational development and the well being of the children and young people affected by the Grenfell fire tragedy. As a local resident, I've witnessed first-hand the talent and ability of young people in the Royal Borough of Kensington and Chelsea over the past 16 years. The majority of these youngsters come from families who need assistance and without the right support, much of this pool of talent goes to waste. The Grenfell Scholarship initiative aims to unshackle the economic difficulties faced by many of the young people in North Kensington, by providing much needed professional and career mentoring and small grants to help many young people achieve their potential.

You can donate to Kasim's campaign here.