Four UCL scientists have been elected as Fellows of the Royal Society in recognition of their outstanding contribution to science. 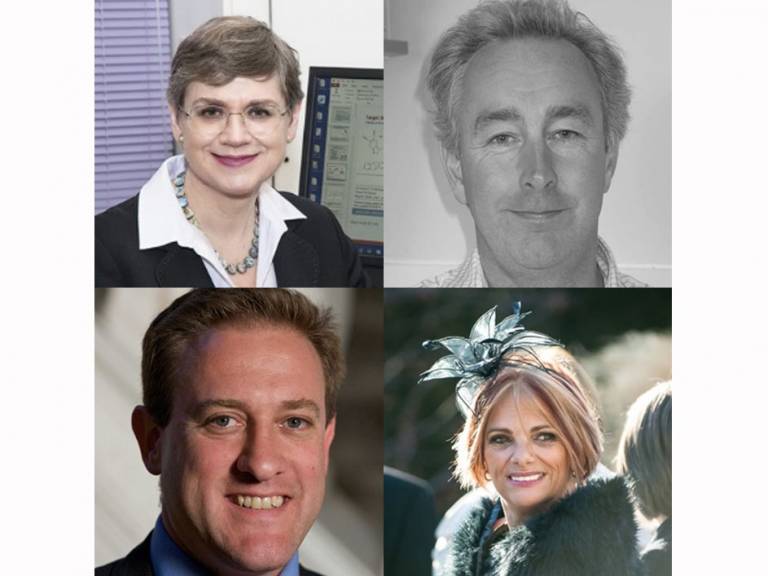 Professor Sally Price is a theoretical/computational chemist who is developing the use of quantum mechanics to quantify the forces between molecules and their application in computing the structures and properties of organic solids. Her research is of particular importance to the pharmaceutical and other organic materials industries, and her excellent leadership of the Control and Prediction of the Organic Solid State project was recognised with the 2015 Royal Society of Chemistry Interdisciplinary Prize.

Professor Angus Silver is a neuroscientist whose work has contributed to our understanding of synaptic and neuronal function and to information processing in the brain. By developing and applying methods for quantifying synaptic properties, his work has shown how central synapses transmit and transform signals and can sustain high frequency signalling. He has quantified the functional properties of electrical synapses and established how neurons can perform certain arithmetic operations.

Professor Jennifer Thomas CBE has been recognised for her pioneering work in high-energy particle physics and in particular, her major contributions to the study of neutrinos. She has played a leading role in detector development, pushing novel applications of and innovations in tracking detectors and very recently a system to apply mobile technology to photon detector readout. Jenny is now engaged in building a small (10 kiloton, 20 people) water Cherenkov detector that will be submerged in a flooded mine pit in the path of the Fermilab neutrino beam.

Professor Neil Burgess, Director of the UCL Institute of Cognitive Neuroscience, has made important theoretical and experimental contributions to understanding memory and spatial cognition. He develops computational models relating behaviour to activity in the brain's neuronal networks and designs novel experiments to test their predictions. Neil's models explain how networks of neurons allow us to represent, remember and imagine our location within the surrounding environment.

Professor Michael Arthur, UCL's President & Provost, said: "Being elected as Fellows to the Royal Society truly recognises outstanding individual achievements and I offer Sally, Angus, Jenny and Neil my warmest congratulations. The accolades highlight the tremendous contribution that UCL researchers make globally and I'm sure the whole UCL community will join me in celebrating their success."