Adolescents who are admitted to hospital for alcohol, drug, or violence related injuries are at a similar risk of suicide 10 years later than those who have self-harmed, according to a study using data from 1 million adolescents in the UK, published in The Lancet. 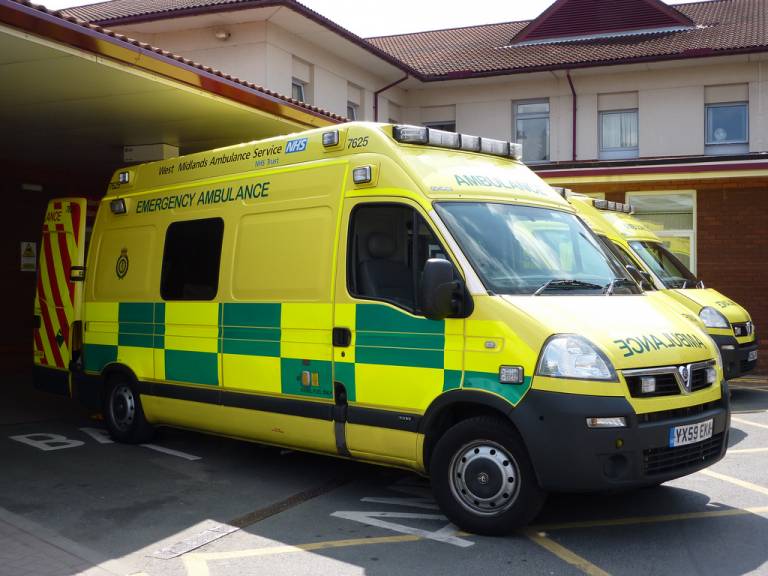 While the overall risk is relatively low-for example, 2-3 girls out of 1000 and 7 boys out of 1000 who are admitted as an emergency to hospital with alcohol or drug related injuries die from suicide within 10 years-the rates are 5-6 times higher than among adolescents admitted to hospital following an accident. The risks were highest for boys, adolescents aged 18-19 years, and those with a chronic health condition.

The authors suggest that adolescents admitted to hospital with injuries related to alcohol, drugs, or violence should be treated with a similar response from mental health professionals to those who are admitted after self-harm.

"Our study shows that adolescents who are admitted to hospital following alcohol, drug or violence related injuries are at an increased risk of suicide up to 10 years later, and should be treated with a similar level of concern as adolescents who self-harm. While relatively few adolescents will die from suicide within ten years, the risk among people who self-harm or present to hospital with injuries related to alcohol or drugs is considerably higher than that of their peers. Specialist psychosocial assessment by a child and adolescent mental health professional is recommended as standard practice for adolescents who have self-harmed. Our findings suggest that this approach should also be considered for adolescents presenting to emergency departments with drug or alcohol-related injuries," says lead author Dr Annie Herbert, UCL, London, UK.

Evidence suggests that different types of injury during adolescence, whether poisonings, drug or alcohol related injury, or violent injury, are associated with similar underlying psychosocial problems, such as maltreatment, poor mental health, or poor social circumstances. But despite this overlap, the response from health professionals differs. For example, in the UK, adolescents admitted to hospital following self-harm will undergo an assessment of psychosocial circumstances and suicide risk. Within guidelines relating to alcohol or drug related injuries, it is not specifically recommended that admitted adolescents are given a psychosocial assessment, and no guidelines exist for responding to violent injury.

In the study, researchers used data from approximately 1 million adolescents aged 10-19 years who had been admitted to a hospital emergency department with adversity-related injuries (self-harm, drug, alcohol, or violence) or accident-related injuries in the UK. They then analysed the risk of suicide, drug or alcohol related death, homicide, accidental death (eg. road injury with no evidence of drug or alcohol misuse) and death from other causes (eg. physical illness) during the 10 years following discharge from hospital.

The authors estimate that 10-25% of suicides among young adults could be associated with self-harm, alcohol, drug, or violence related injury among 16-19 year olds.

Professor David Cottrell, co-author, University of Leeds, UK, says: "As clinicians we have not fully appreciated the risks facing children and young people who arrive in hospital emergency departments having suffered an adversity-related injury.  It is well established that children who self-harm are at an increased risk of suicide.  But the research points to the fact that the risk extends to a much broader group. Children and young people who suffered injuries through drink or drugs or violence also faced an increased risk of suicide or premature death through alcohol and drug behaviours.  These young people are coming into contact with the health services and that means there's an opportunity for them to get help and support. There needs to be a look at the guidance that is given to staff in emergency departments - so these young people are also seen as being at risk."

The authors note that there is the possibility that some causes of injury or death could be misclassified as accidental, meaning that the estimates for the risk of suicide and drug or alcohol related deaths following adversity-related injury could be underestimated.