Since my last VP View, four months ago, Brexit has stayed on my list of preoccupations, now joined by the new US President's executive orders restricting immigration from a number of countries. 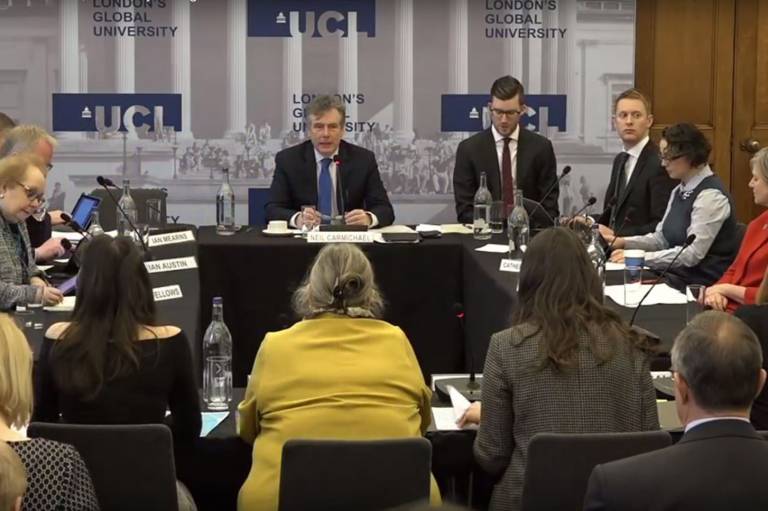 The Global Engagement Strategy (GES) has proved itself to be a sufficiently robust and flexible framework to guide UCL's response to both of those 'external shocks'.

UCL's Council approved the outcome of the GES review ('Brexit testing') on 14 February. The three principal changes agreed were to tweak the first and fifth strategic drivers of our GES, and to foreground the importance of recruiting diverse students.

The first strategic driver now reads, "cultivating our global outlook to offer our students the best possible preparation for global lives and careers; and the fifth, strengthening our position as London's Global University by amplifying our achievements and engaging more effectively".

Both of those changes reflect the fact that UCL can't take so much for granted about the UK's global outlook as perhaps it could this time last year. We are going to have to work harder to cultivate our global outlook, and to draw more explicitly on, and from, our location in the world's most global city.

We also made some minor adjustments to delivery targets and deadlines. But, broadly, everything else in the GES survived our testing of it against what (relatively little) we know so far about the likely shape of Brexit. For example, the reworded strategic driver 1 is still about giving our students the best possible preparation for global careers and lives.

We just recognise that it could be a bit harder to do that - so, as Michael Arthur wrote in his Provost's View on 29 September: "We must redouble our efforts to welcome those from other shores, and we must reach out more than ever and be in the vanguard of internationalism and international collaboration."

With the triggering of Article 50 expected this month, the Global Engagement Office (GEO) invited Vice-Provost offices and professional services colleagues for 'Brexit over Breakfast' this week.

With expert advice from UCL's European Institute, we discussed the challenges that we might need to tackle. We got some great feedback, with participants saying the event gave them lots of food for thought (and I hope the odd croissant).

UCL also got very positive feedback from the Education and Science and Technology parliamentary committees for the written contributions coordinated by the VP Research's office, and for the oral evidence session on Brexit that UCL hosted for the Education committee in January.

Still on a European theme, I'm in Brussels as I type this, for the League of European Research Universities (LERU) conference to celebrate 15 years of 'bridging the world through science'.

I was invited to join a panel on science and diplomacy, along with senior French and Belgian colleagues from the ERC and the European Commission: keeping the UK on European agendas was a key 'take away' from the GES review.

In May, at the annual British Council Going Global conference, UCL will be on another panel, this time focusing on how London and Paris work together.

Two UCL faculties, Social & Historical Sciences and Arts & Humanities, have been particularly imaginative and active about deepening their links with Europe recently, focusing on Rome, but with exciting developments in Berlin as well.

Building on this, the GEO is working on a paper, already discussed by the Global Implementation Group and on the agenda for the Provost's Brexit Mitigation Group next week, about how to raise UCL's profile in Europe - without the small liaison office (and the associated costs and risks), which the original GES committed us to consider.

Look out for more news over coming months about how our ideas on 'pop up' presences or 'seasons in…' European cities are evolving and how you could get involved.

One more bit of news with a European flavour: congratulations to the BigData@Heart consortium, from the UCL Institutes of Health Informatics and Cardiovascular Science and other European partners, who recently secured €20 million research funding from the European Innovative Medicines Initiative to help improve treatment for cardiovascular disease.

UCL's Council in February also endorsed a confidential paper on revised geographical priorities to allow us to focus more on collaboration with key European partners, starting before the UK leaves the EU, without additional resource. (So we have to do a bit less in some other places.)

Ask the GEO, or your faculty's Vice-Dean (International), if you want to know whether the country that you choose to work with is one of our institutional priorities or not: if it is, it increases the chances that we will be able to support your collaboration through Global Engagement Funds (GEF).

We will shortly be opening the next GEF round of seed funding to facilitate academic collaborations with global partners. In November, the Provost hosted an event to celebrate the first year of GEF-funded activities. More than 120 UCL colleagues attended. 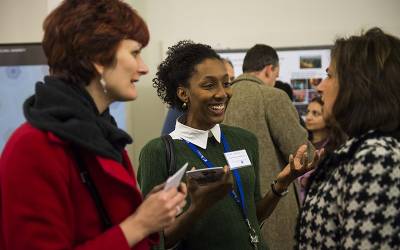 The idea for this UCL collaboration was sparked during the 'scoping visit' that we made to India in April last year. 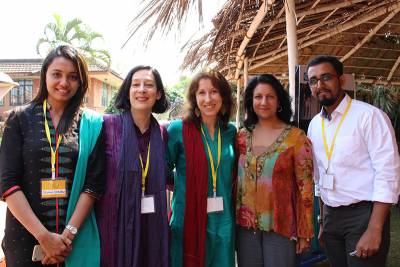 Marie and Monica were back in India with GEO colleague Lesley Hayman for the Difficult Dialogues forum in Goa this February, founded by UCL alumna Surina Narula.

The themes were inequality, gender, universal healthcare and the changing burden of disease. UCL was the forum's knowledge partner for the first time, and we got a lot of interest on Twitter and from Indian media, including 22 minutes' prime time coverage on leading news channel NDTV. 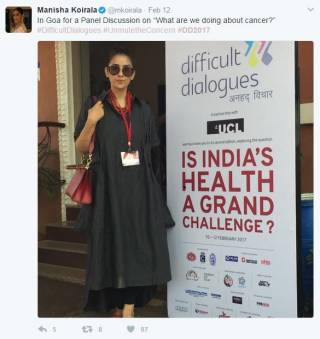 As part of UCL gradually increasing its engagement with India and raising our profile there, Marie and Lesley also took a UCL engineering and education delegation to the India-UK TECH summit in New Delhi in November, which coincided with Prime Minister Theresa May's first bilateral visit outside Europe.

Also in November, Peking University (PKU) and UCL issued a joint statement about our deep strategic partnership, and announced a new joint MBA programme at PKU's campus in Beijing.

The Beijing International MBA is a collaboration between PKU's National School of Development and the UCL School of Management. The wider PKU-UCL partnership is based on strong research and teaching collaborations across a wide range of disciplines, built up over the past two years. 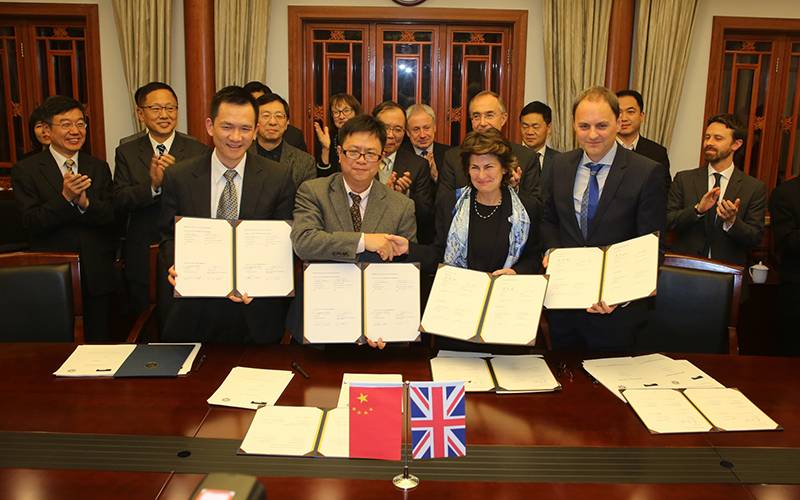 The launch of the UK-China Infrastructure Academy - a major new initiative delivered by the UCL Bartlett School of Construction and Project Management to help train Chinese companies and officials on investment processes in the UK and encourage greater Chinese investment in UK infrastructure projects - also attracted UK government and media attention.

And UCL was invited to attend the Ministerial UK-China Education Summit and UK-China People-to-People Dialogue in Shanghai in December, at which the UCL IoE Confucius Institute Memorandum of Understanding with Shanghai Normal University was signed.

UCL's Africa and the Middle East Regional Network held its second Knowledge Africa event, 'Africa Unheard', in February. This showcased UCL research that is informed by Africa, rather than being about the continent of Africa.

Next month, our regional Pro-Vice-Provost for Africa and the Middle East, Professor Ijeoma Uchegbu, has been invited to attend the inaugural conference of the African Research Universities Alliance (ARUA) in Ghana.

Ijeoma will explore potential opportunities for collaboration between ARUA and its members and UCL. ARUA is a strategic alliance of 16 research-intensive universities in Africa to strengthen research and postgraduate training on the continent.

Ijeoma will then join me and other UCL colleagues visiting the University of KwaZulu Natal, a key partner in the Africa Health Research Institute in Durban/Somkhele. 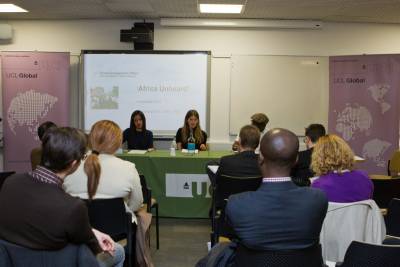 And lastly - the Trump executive order. It prompted GEO to review our support for academics and students at risk and increase our institutional commitment to Cara (Council for At-Risk Academics) by offering an additional place to a Cara academic for 2017.

UCL has also responded positively to an approach from the youth organisation, Let us Learn, who contacted us in September about their 'Young, Gifted and Blocked' campaign. 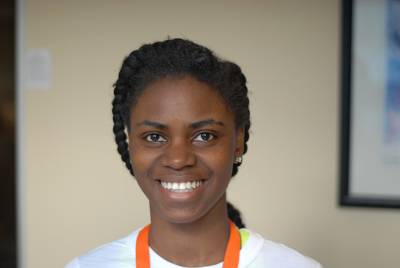 UCL has committed to providing £500,000 funding spread over six years to support six students who are unable to access government student loans to attend university - for example, those seeking asylum in the UK who have only been granted limited leave to remain.

Of course, this is just a very small contribution to the globally contentious issue of migration. Universities can probably only play a small part in responding to this directly, as opposed to our contribution to informed debate.

But it keeps us thinking about what we mean when we talk about "increasing the global pool of autonomous research capability", as in the third strategic driver of the GES, and where we can best focus our efforts, in line with UCL's values.