This week the spotlight is on Arthur Petersen, Professor of Science, Technology and Public Policy at the 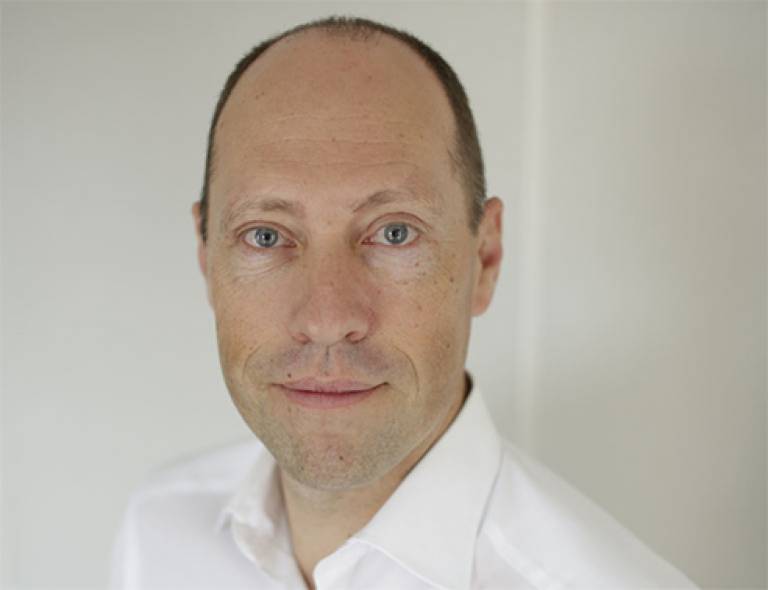 Together with colleagues, I am building UCL's youngest department. UCL STEaPP was started from scratch 3.5 years ago, with support from the three faculties in the UCL School of the Built Environment, Engineering and Mathematical and Physical Sciences (BEAMS).

My role is to direct the doctoral training programme, which includes both a PhD programme and a Doctor of Public Administration (DPA) degree (both four years); to co-direct the Master's of Public Administration (MPA) in Energy, Technology and Climate Policy; and more generally to provide senior leadership to our fledgling department. In the present academic year I am Acting Head.

Two and a half years. I had already been involved with the department in a visiting capacity since it was created in 2013 and joined as a professor in September 2014. (This means that my inaugural lecture is now overdue… Hence I will be delivering it under the title 'A climate of change? Renegotiating values in science and engineering advice' on Wednesday 22 March 2017 at 6pm.)

Before I joined UCL I was a senior civil servant in the Dutch Government, holding the job of Chief Scientist at the PBL Netherlands Environmental Assessment Agency. I was also Adjunct Professor of Science and Environmental Public Policy at the VU University Amsterdam.

Having brought to the finish line a cohort of four full-time doctoral candidates who started under my supervision in 2011, while academia was technically still a one-day-a-week 'hobby' for me. What really makes me proud is to see doctoral candidates grow to stand on their own feet and produce publishable outputs.

So the role of Director of Doctoral Studies was the right fit for me: I could convert a hobby into a job. It is a luxury to have been able to select the best candidates from a large pool of highly qualified applicants, for the third year in a row now. (I must admit that undertaking doctoral studies is an activity dear to my own heart - here's the present list: PhD in Atmospheric Physics and Chemistry, Utrecht University, 1999; DPA in Philosophy of Science, VU University Amsterdam, 2006; DPhil in Science and Religion, University of Oxford, expected in 2019.)

I am now one year into my ESRC-funded project 'Deltas' dealings with uncertainty: multiple practices and knowledges of delta governance' (DoUbT). This is the UK component of a project funded by the Open Research Area in Europe for the Social Sciences (ORA) - national research councils are pooling their resources for this, so this is not EU funding.

My project involves a consortium of UK, Dutch, French and Japanese research teams. We combine science and technology studies with the anthropology of development to interrogate how uncertainties are understood and dealt with in environmental planning, focusing on four deltas in Asia with diverging cultural and historical trajectories and contemporary dynamics (Thailand, Myanmar, Bangladesh and Vietnam).

We interact with delta-planning professionals and academics involved in the four deltas and/or in deltas of 'origin' (where knowledge travels from). I will particularly study the extent to which differences in dealing with uncertainty in science and engineering advice can be attributed to different religions (Buddhism versus Christianity).

Album: Bach's Englische Suiten played by Ivo Pogorelich. Film: The West Wing (okay, not a film but a television series - I must confess that I repeatedly watch all seven series…). Novel: Terry Pratchett's Discworld series, particularly those featuring the witches (for example, I Shall Wear Midnight).

(Douglas Adams, The Hitchhiker's Guide to the Galaxy)

Maybe a bit serious, but I wouldn't mind arranging a dinner conversation on science and world affairs between agnostic Joseph Rotblat (to whom I dedicated the first International Student/Young Pugwash Yearbook in 2005) and Bertrand Russell (who, with assistance from Rotblat, initiated the Pugwash Conferences on Science and World Affairs through the Russell-Einstein Manifesto of 1955), Catholic Pope Francis and Bruno Latour (the anthropologist turned philosopher), and protestant Petra Dondorp (my deceased mother-in-law who was, among other roles, a great science-society community organiser).

Start earlier with using dental floss and toothpicks (if I must believe my dentist).

I easily faint when people start talking about their injuries and operations (please, don't abuse this knowledge!).

I guess this changes over the years when visiting new places. At present, my favourite city (after London, but that one doesn't count…) is Tokyo - I always feel a thrill when I return there, not least because of the food.

My favourite holiday destination for years has been Lynch, which lies in Exmoor, west Somerset - a perfect Arcadian landscape between sea and hills, England at its best.