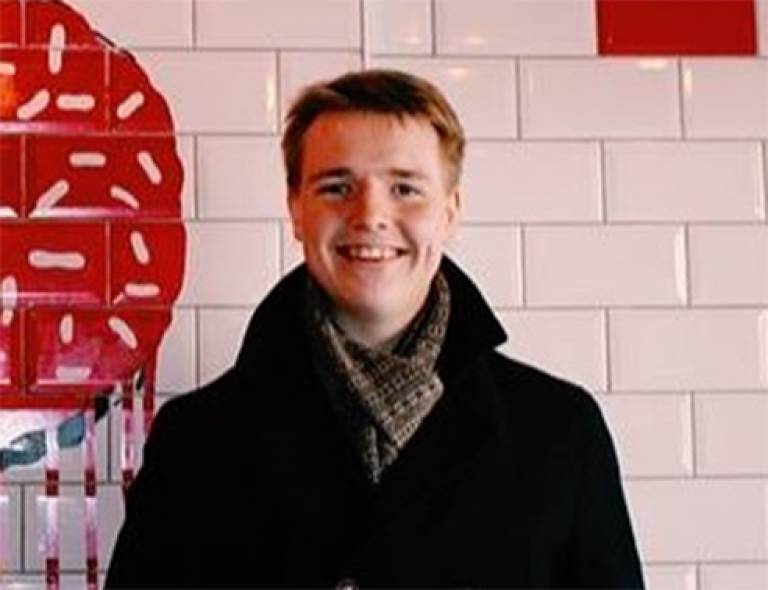 As a student of Classical Archaeology and Classical Civilisation (I'm just going to call it Archaeology), I study a mix of archaeology and classics courses. So in the morning I'll be looking at Minoan trade networks and in the afternoon I'll be reading some Plato.

I'm about to finish third year, so I'm feeling pretty reflective. When I joined UCL I was absolutely sure that I wanted to study classics, and archaeology was a fun 'side project'. That's completely changed now.

It could be because I barely scraped a pass in Ancient Greek in my first year, but I certainly feel more like an archaeologist than a classicist. I've been on excavations (my 16-year-old self would be shocked to hear that I've become quite fond of camping), I've handled 4,000-year-old pieces of jewellery, and I've done a six-week solo tour of Greece and Macedonia (for, ahem, study purposes).

I'm also the Political Editor for Pi ('best publication on campus!'), which has been wonderful. I've met some really amazing, talented students, and I've ruthlessly edited their work and made them cry (almost). It's been an excellent experience.

I'm in my fourth day of work experience with the UCL Media Relations team. It's great - everybody is really nice and the work very interesting. I promise I haven't been forced to say that. Really, though, I've already written an article for myUCL - the weekly student newsletter - been on the phone with a journalist from the Evening Standard, and planned some content for UCL's Snapchat channel. If there's one thing any student reading this takes away, it should be to get in touch with the UCL Professional Services departments for work experience - they're really nice, it's great experience, and the worst they can do is say no.

I've been at UCL for almost three years now. My previous role was schoolchild.

I also used to volunteer at a charity bookstore, which was a great experience (it's good for the soul and your CV!), and I worked at the Royal Marines Museum in Portsmouth, which I greatly enjoyed.

It taught me some important lessons - I went to private boarding school, so working with people who hadn't enjoyed my privileged upbringing was an eye-opening experience and helped me prepare for living with other, non-boarding school types in London.

I have to say, I'm pretty proud of the study tour of Greece and Macedonia that I did in summer 2016. This was a six-week solo tour of sites and museums, which I had to write a couple of essays on. I was given just about enough funding by UCL, and I had to plan exactly where I went, how I travelled, where I stayed etc., all on a shoestring budget.

Making the money stretch was pretty tough - I stayed in a couple of slightly shady places - but I was more worried about spending six weeks on my own. Coming from a big family and boarding school, where I always had my friends around me, I wasn't used to isolation, or travelling alone. I was pretty nervous. As it was, I met some really interesting people (including someone who'd just finished an exchange programme at UCL), didn't run out of money, and learned to be far more comfortable with my own company. And I got a First for my essays, so I think I did a good job.

And my dissertation. I'm writing it on heritage in Crete - how the island tries to re-appropriate its historical narrative from, especially, the foreign archaeologists who have shaped it so much for the past 100 years. It's going pretty well so far - I'm visiting Crete next week to do some last minute research and get a few photos (and a tan). I'm handing it in on 3 May, so wish me luck!

Album: The River by Bruce Springsteen.

Film: It changes every week, but The Incredibles is a pretty solid choice.

Novel: The Old Man and the Sea by Ernest Hemingway.

I have a small flat so it'd be pretty intimate, but:   Barack and Michelle Obama,   Hugh Jackman,   Joan Rivers (or her ghost) and   Bruuuuuce.

Start going to the gym.

My best friend comes from Long Island and her family have a really nice house by the sea. So there.