The most common reasons given for the breakdown of marriages or live-in partnerships in Britain are communication problems and growing apart, according to analysis by UCL researchers of the latest National Survey of Sexual Attitudes and Lifestyles (Natsal-3). 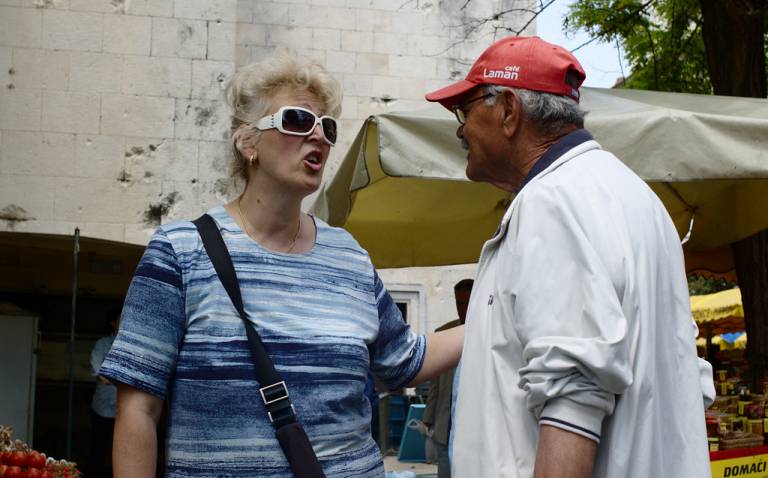 Arguments and unfaithfulness were the next most frequent reasons given by both men and women. The analysis of the Natsal-3 data was published in the journal PLOS ONE.

Most previous research has focused on marriages ending in divorce but there has been much less research on the breakdown of cohabiting relationships.

"The frequency that communication and deterioration in the relationship quality are mentioned suggest that there is a place for promoting better communication and conflict resolution skills in relationship counselling  - including in the context of young people's sex and relationship education, said Dr Kirsten Gravningen (University Hospital of Northern Norway) who carried out the research while working at UCL.

"This recommendation tallies with other data from Natsal-3 which showed that young people desire more information on communication within relationships, and not just the physical aspects of sex."

Natsal is the largest scientific study of sexual health lifestyles in Britain. It is carried out by UCL, the London School of Hygiene & Tropical Medicine and NatCen Social Research

Natsal is run every 10 years, and includes a representative sample of men and women resident in Britain aged between 16 and 74. Natsal-3 was carried out between 2010 and 2012.

The study focused on the responses of 706 men and 1254 women to questions about their reasons for breakdown of a marriage or cohabiting relationship in the past 5 years.

Difficulty with sex was reported by one in 20 men and one in 16 women.

More women than men reported unfaithfulness, with 24% citing this as a reason compared to 18% of men.

The research also showed that marriages are likely to last longer than cohabiting.

Average duration of men's marriages was 14 years, while co-habiting partnerships lasted 3.5 years. For women the figures were 15 years and 4.2 years.

Altogether, 1.9% of men's and 3.5% of women's ended live-in partnerships had been with a same-sex partner.