Underprivileged teenagers more likely to give up their university ambitions

Early intervention to maintain and raise expectations could increase the number of teenagers from less privileged backgrounds entering higher education, finds a new study by the UCL Institute of Education (IOE). 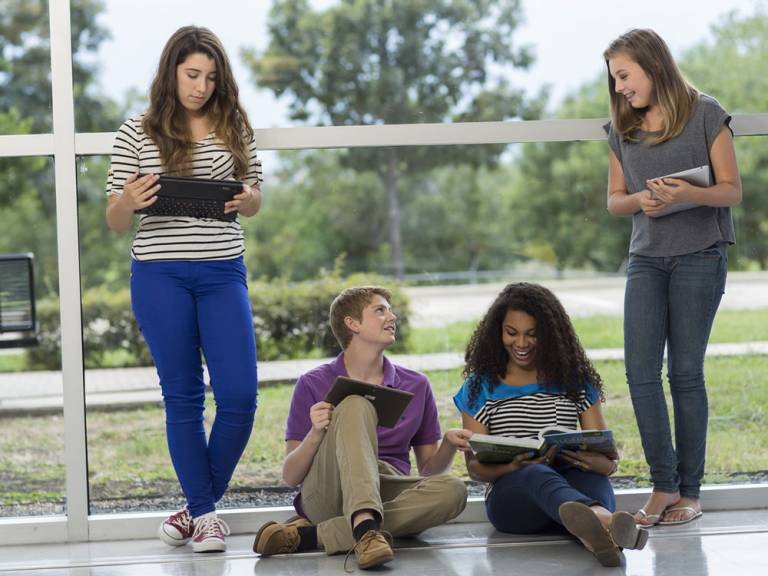 The research, published in the Oxford Review of Education, analysed how young people's expectations of applying to university change between the ages of 14 and 17, finding that those from less advantaged backgrounds were more likely to stop, and less likely to start or consider applying, than their more advantaged peers. This was true even when comparing individuals with the same test scores.

Through analysis of a survey of 14-20-year-olds conducted between 2004 and 2010, Dr Jake Anders from the IOE found that a substantial proportion of young people changed their minds about whether they were planning to apply to university - with the change running in both directions - and that socioeconomic background played a significant part in whether expectations changed. The study used data from the Longitudinal Study of Young People in England.

How young people reacted to new information on their academic attainment at age 16 also depended on their background. For those with higher socioeconomic status, improvements in exam results were significantly more likely to raise expectations of applying for university.

Dr Anders, said: "These findings suggest that part of the socioeconomic difference in university applications has its roots during the period when potential applicants are aged between 14 and 17 and, as such, it's not too late to target policies at this age group to try and narrow the gap.

"Intervening early to maintain expectations, rather than attempting to raise them later, is more likely to be successful as this will ensure individuals engage in steps that keep them on track to be in a position to apply for university.

"Sixteen could also be a key age for interventions. This is a difficult point in time to reach young people as many move between educational institutions or leave full time education altogether. However, it may be the case that providing fresh guidance in the light of exam results could play an important part in ensuring young people get the right educational message."