This week [12-15 June], the Grant Museum of Zoology, UCL, embarks on a major conservation project to restore and renew its taxidermy collection. 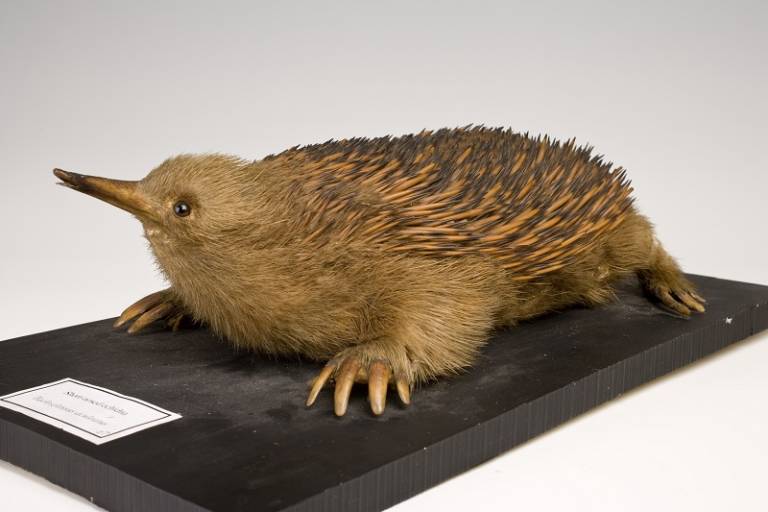 The project titled 'Fluff it Up: Make Taxidermy Great Again' will see many of the museums' historic specimens removed from their displays, and replaced with toy stuffed animals to highlight the important role of taxidermy conservation.

Contrary to popular belief taxidermy does not involve stuffing an animal skin.  It is in fact a scientific art, requiring knowledge of anatomy and morphology, craftsmanship and accuracy to arrange, preserve and restore real animal skin over pre-made forms of the animal's shape.

Many of the specimens at the museum are over a century old, and require specialist attention because of wear and tear over time. "Given the rarity of the species in the wild, as well as the historic value of nineteenth and early twentieth century taxidermy, they would essentially be impossible to replace. This project will allow us to protect our incredible specimens for the long-term future." says Jack Ashby, Manager of the Grant Museum of Zoology, part of UCL Culture.

"Historically, taxidermy has not always been very accurate - loose animal skins would be sent from collectors around the globe, and then mounted as taxidermy when they arrived in the UK - sometimes by people who had never actually seen the living creature. This can lead to animals being positioned in impossible poses, or being overstuffed" added Jack.

The museum has around 75 specimens, ranging in size from a chimpanzee to a pink fairy armadillo, including platypuses, koalas, turtles and pangolins.  Some of the specimens to be treated include a chimpanzee from 1913 that has cracks along its face, a koala that is splitting to reveal wood shavings beneath the skin, and an inflated pufferfish that has lost its tail. However, not all the specimens will be repaired.

"Our Australian echidna - a spiny relative of the platypus - has feet which point in the wrong direction and consequently, rips across the ankles. Echidnas were so unfamiliar to people in London that the taxidermist didn't realise that their feet should point backwards. We won't be correcting this mistake as it forms invaluable evidence of the ways these animals were historically understood," said Jack.

'Fluff It Up: Make Taxidermy Great Again' is running until September, while the toys will replace the taxidermy in the displays. The Grant Museum of Zoology is open from 1-5pm Monday to Saturday. Visitors of the museum will have an opportunity to see conservation expert, Lucie Mascord, carrying out treatments on the specimens from the 12 -15 June.  Admission is free and there is no need to book.

"Taxidermy in museums plays an important role in engaging people with the natural world and its incredible biodiversity. We hope that the opportunity for people to see conservation first hand will inspire our visitors." said Jack.