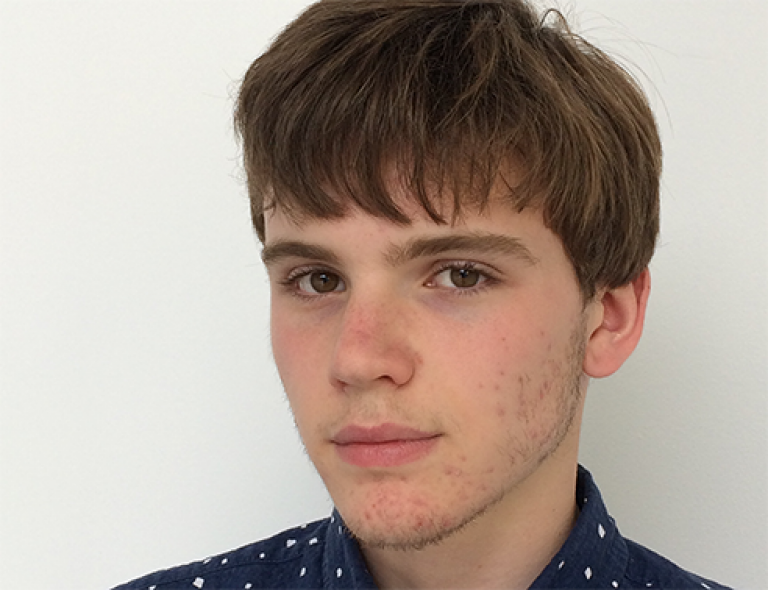 I am undertaking a week's worth of work experience in the UCL Communications team, completing a number of tasks around the office.

I started at UCL from a young age - when I was three. At the nursery.

Since then, I returned in 2015 for a day's work experience, during which I wrote an article for the UCL Events blog. My current placement is a week long.

Last summer, I volunteered at the DokuFest Film Festival in Prizren, Kosovo. There I was working in the 'Museum of Corruption', a pop-up museum set in a dystopian future where corruption is a thing of past. This resulted in me appearing on Kosovan national television, speaking in another language, which pushed me well out of my comfort zone.

I am working on a dissertation on the reasons why we, in the Western world, are losing our compassion at a time when we need it most, as well as its effects on those elsewhere in the world.

Regarding artwork of all forms, my tastes are constantly evolving, with my 'favourites' often changing on a regular basis. However, with music I have a firm favourite album: Dark Side Of The Moon by Pink Floyd - a commonly-said favourite, but a classic, nevertheless.

I am currently reading Gore Vidal's Creation, a meta-fiction following the life of a Persian ambassador at the time of the Empire's height. Yet, there are two novels competing to be my favourite novel; A Thousand Splendid Suns by Khaled Hosseini and George Orwell's 1984 - two beautifully written books, both of which I found impossible to put down.

Choosing my favourite film is particularly tricky, simply as I don't have one. If I have to choose, I think Apocalypse Now, due to the way it captures both the absurdity of the Vietnam War, as well as the psychological effects the war had on its participants.

How do you make holy water? You boil the hell out of it.

Even the hyenas have stopped laughing.

Imagine the laughs, as well as the debate.

"Fix your outfit and cut your hair."

I'm the fastest boy in Hillingdon (over five kilometers).

My mind. It's rather interesting.