One of my favourite emails since September's launch of the 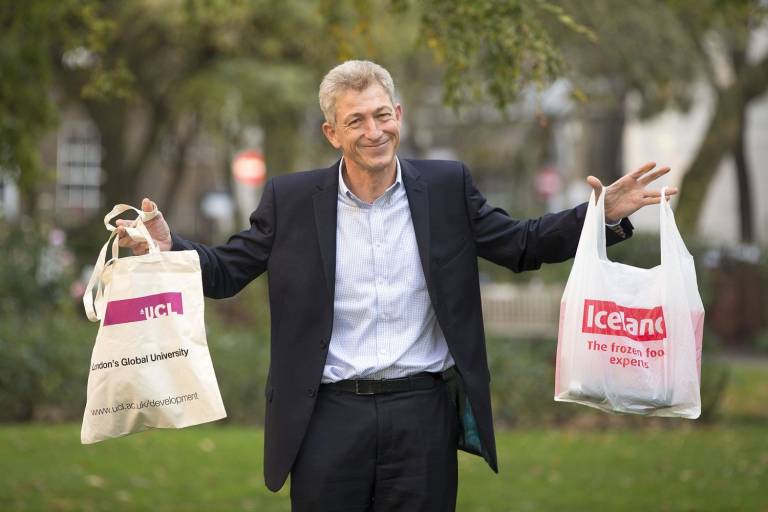 ucl.ac.uk/campaign">Campaign for UCL was from a colleague who reported spotting a workman in Torrington Place carrying a stepladder, some tools - and a neon pink Campaign tote bag emblazoned with the phrase It's All Academic. At that point, I knew we had gone mainstream!

As we start 2017, this seems like a great time to give you an update on the Campaign and thank you for your support.

We couldn't do it without you, and everyone in my team has been overwhelmed and grateful for the time and energy so many people have donated.

This ranges from the leading academics who have inspired audiences at our launches, the academics and departments who are our partners in securing philanthropic gifts and the professional services staff who help make events a success (in particular Estates and CAM) to all of those who have been our cheerleaders, sharing contacts, working with alumni, attending events, promoting news and, indeed, using our neon pink tote bags with pride.

This is UCL's Campaign and its success belongs to all of us.

In the coming year, we will be asking for your involvement again in a variety of ways and we hope you will join us for some more fabulous events that showcase the fantastic range of what UCL does - including a Festival in June that we are working on with partners across the university, which promises to be very special. More information will be coming soon.

As those of you who joined us for the London launch event in September or watched the live stream will know, it was an exhilarating way to kick off the Campaign and gave extra energy to our activities for the rest of 2016.

As you may have heard, those activities included a programme of Campaign launches and private meetings in Paris, Los Angeles, San Francisco, New York, Beijing, Shanghai and Hong Kong.

These have opened up new relationships with significant philanthropists who are excited by what UCL does - relationships aided in many cases by the advocacy of our current supporters and senior alumni volunteers.

Altogether, approximately 2,000 people attended at least one of our launch events, and a further 300,000 joined us via the live streams from London and Beijing.

Campaigns are an important part of fundraising because they enable institutions to make a noise and give us a framework to tell UCL's unique story.

We immediately saw the uplift in giving following our launch events. We launched the Campaign with approximately £250 million towards our target of £600 million; I'm excited to say that we are now at almost £265 million, and moving fast.

The current total is made up of a vast variety of different types of philanthropy, including individuals giving large and small, legacy gifts and investment by charities and foundations.

It includes a legacy donation of £2 million from an alumna and funding from foundations including the Pears Foundation, the Thomas Marns Fund and the Brain Research Trust.

It also includes funding raised by the UCL Dementia Retail Partnership, which sees a number of national retailers, led by Iceland, donate the five pence raised from the carrier bag levy to support UCL's dementia research.

In its first year, this novel partnership has raised £10 million - equivalent to the sale of about 200 million carrier bags.

Philanthropy in a fast-changing world

The world in January 2017 looks very different and much less predictable than it did this time last year.

I'm often asked how the uncertainties stemming from Brexit and elsewhere in the world might affect philanthropic giving. All the signs suggest that we can continue to be optimistic.

The Coutts Million Dollar Donors Report, published in December 2016, shows that major giving in the UK is at its highest level since 2008 and that London remains the hub of UK philanthropy.

Even more encouraging is that the top recipients of these major gifts are universities - reflecting the growing awareness that world-leading universities like UCL are unbeatable partners if you want to make a difference to the world. So we have every reason to be ambitious and optimistic in our fundraising. 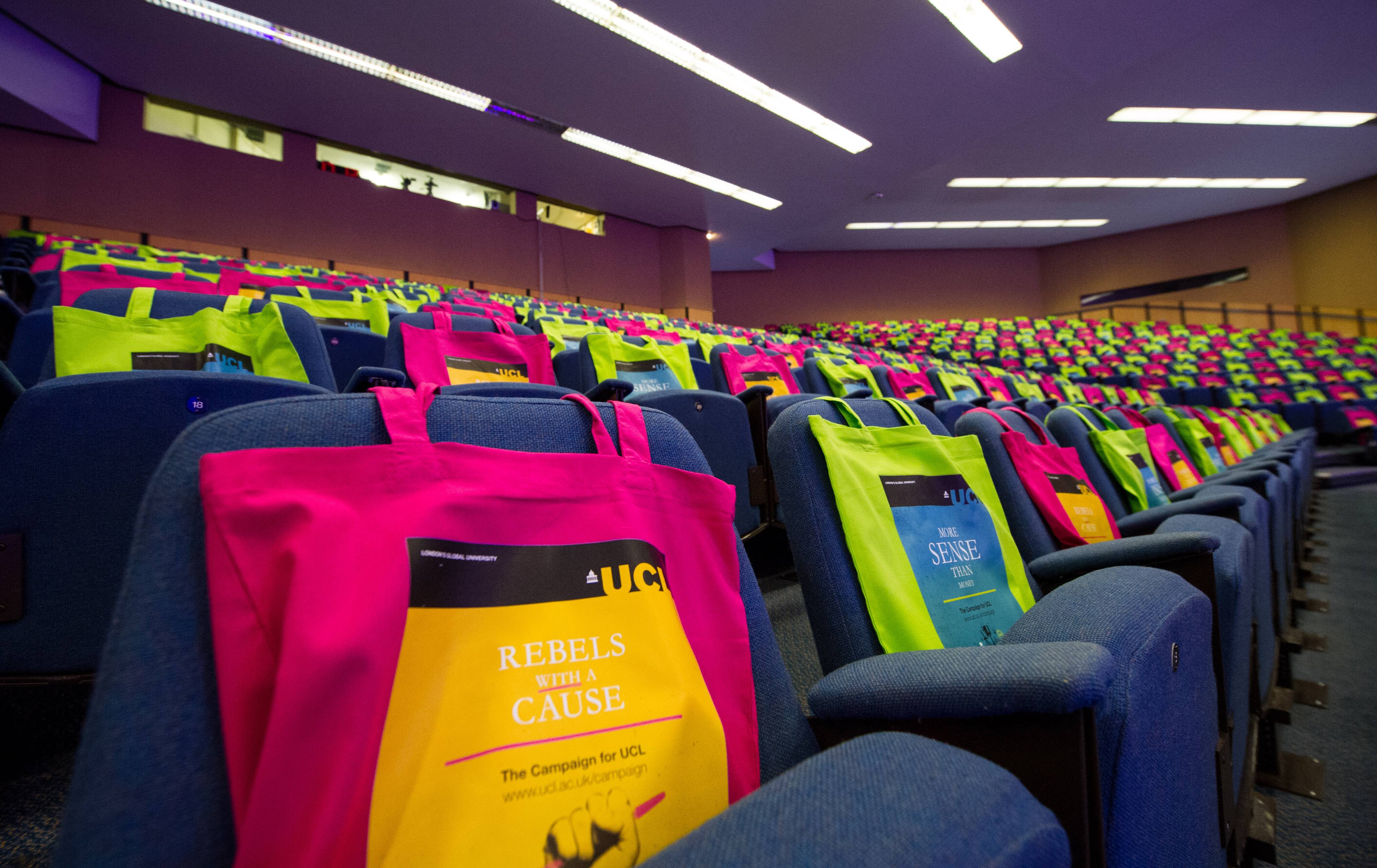 Our donors have different motivations for giving but they are united by a desire to see their money do real good and a conviction that UCL is a place making that happen.

"What better return on investment than knowing you have made a difference that will contribute to greater knowledge and understanding and the development of excellence?" said Richard Jenkins, one of UCL's great friends and supporters, making a sales pitch on our behalf to other potential donors at last year's scholarships and bursaries event.

Along with Maureen Amar, Richard is the founder of the Amar-Franses and Foster-Jenkins Trust, which has funded three postgraduate scholarships at UCL so far.

Maureen joined Richard in extolling the benefits of philanthropic giving to UCL, saying: "We get to meet highly intelligent and motivated young people. This, in itself, is an antidote to ageing!"

Maureen and Richard are prime examples of how UCL's supporters give us so much more than money.

By opening up their networks, advocating for us and using their influence to our advantage, they are part of the process that turns individual acts of generosity from a snowball into an avalanche.

That is just one reason why the Campaign is as focused on engagement as it is on fundraising.

UCL has always been ambitious; for itself and for what it can do in the world. Philanthropy gives us the extra freedom to think differently and pursue the unexpected. It expands what is possible and magnifies our impact.

I am thrilled and inspired by the level of support that we have already received from UCL staff, students, alumni and philanthropists. Every contribution of time and support, large or small, makes a difference and helps us achieve our ambitions as set out in UCL 2034.

Please make a resolution this year to be a part of the Campaign for UCL.