This week the spotlight is on Deenan Pillay, Professor in Virology in the UCL Division of Infection &amp; Immunity, and Director of the Africa Health Research Institute (AHRI) South Africa. 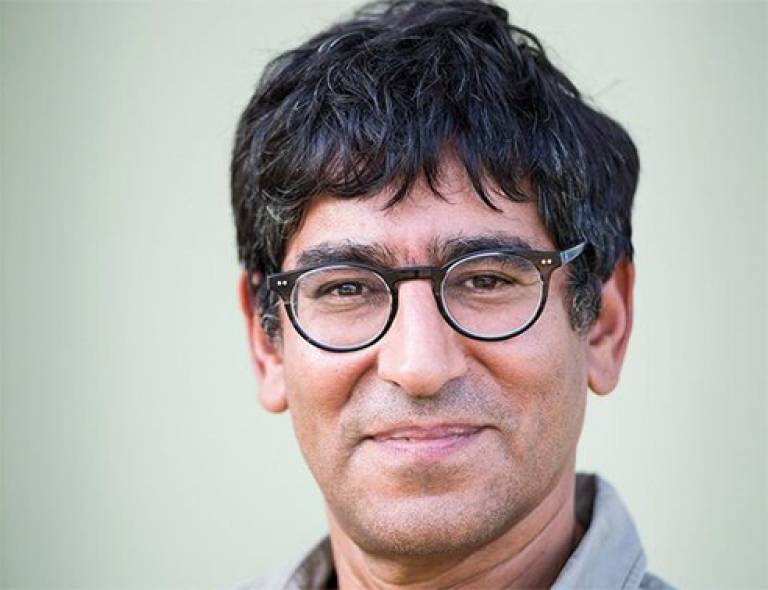 I am seconded from UCL to lead the Africa Health Research Institute (AHRI), a new independent organisation in South Africa, based in KwaZulu-Natal (KZN) and in the epicentre of the global HIV and TB epidemics.

AHRI is a 500-person, two-site institute, covering social science, population and clinical research through to basic bacteriology, virology and immunology, in the fields of HIV and TB. My typical week involves having a presence on both sites (three hours drive apart). There is the development of a longer term strategy, and overseeing financial and operational management - supported by some great colleagues. Then the usual pursuits of grant writing, internal grant and manuscript review, and scientist recruitment.

And finally, developing close and productive relationships with a multitude of stakeholders - these include UCL, of course, and UKZN, Wellcome Trust and HHMI. Also, SA provincial and national Departments of Health, SA MRC and our local rural traditional leadership, which has responsibilities for the communities we involve in our research.

I came to UCL/UCLH in 2003 as a clinical virologist, and subsequently became Co-Director of the Division of Infection and Immunity. Prior to that I was based in Birmingham (from 1993) as Head of the then Health Protection Agency (now PHE) Antiviral Susceptibility Reference Laboratory. This aligned with my major research focus of HIV drug resistance, something I still try to find time to work on. I was appointed as Director of the Africa Centre in 2013, when we moved to SA. Not everyone can make this decision - I am immensely fortunate that my wife was also up for the challenge (she works at AHRI), and our kids had left home!

I think it has to be the creation of AHRI - this has truly been a team effort. It provides a platform for future impact in a way that would be difficult in London, particularly in the fields of HIV and TB. Being able to undertake multidisciplinary research at the heart of the epidemics, and with resource to support our ambition, means a much quicker translation of our findings into impact. My goal is also to ensure a sustainable high-class research institute, and ensure a pipeline of bright scientists able to move into the future leadership - reflecting my own stage of career!

Our latest successful grant, from the MRC Global Challenge Research Fund, to develop an m-health research infrastructure at AHRI. This builds on the EPSRC I-sense consortium at UCL, led by Rachel McKendry. The excitement is in being able to rapidly evaluate mobile devices to support HIV diagnosis and treatment within our large household-based surveillance structure, encompassing 150,000 individuals.

Film: Fargo by the Coen Brothers - the snow covered landscape and personal interactions stay with you for years.

Book (of many): Kafka on the Shore by Haruki Murikami.

I prefer nothing more than a good debate/argument, so:

Robert Mugabe, so I can understand why he changed so much over 40 years.

Boris Johnson, to add some fireworks, and further embarrass himself and his friends!

1. Give up supporting Spurs if you want to avoid a lifetime of heartache

2. You learn much more from failure than from success.

The two are probably related.

When work just gets too much, and the list of imminent deadlines appears endless, we will open a bottle of wine and sit through a long evening of box sets. Kevin Spacey in House of Cards is particularly helpful for my management strategy!

A small village near Aups, in the south of France.