Provost's View: How UCL needs to respond to the new world order 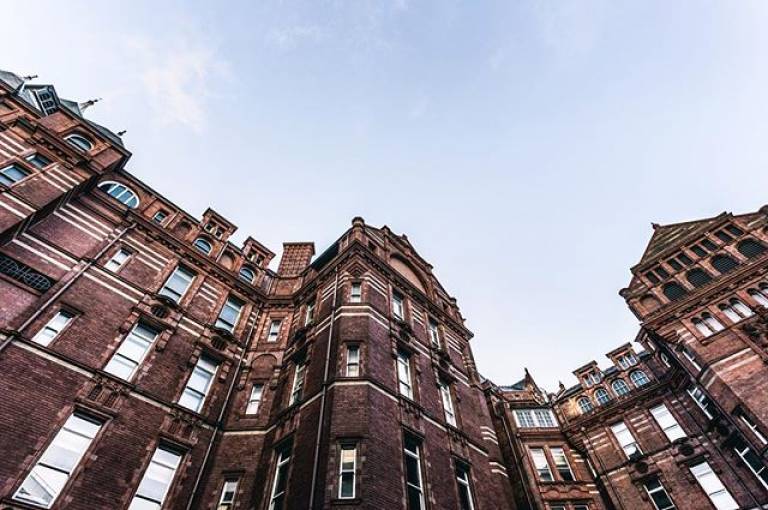 This year will be one of major external change that will impact higher education in the UK and we will need to work together to ensure that UCL continues to make a major contribution to our ever-changing world.

Even though we enjoyed many major successes during 2016, my overwhelming sentiment on New Year's Eve was to be pleased to see the year come to an end, and to welcome the fresh start afforded by the arrival of 2017.

My thoughts were, of course, shaped by the major externally-driven changes that became evident in the latter half of 2016 and what essentially amounts to 'a new world order' post-EU referendum and with the impending Trump Presidency in the USA.

To date, much of the change that we face is still to come, but much of it will land and will start to be implemented through the forthcoming year. As I said in my last Provost's view of 2016, we will need to remain positive and find the opportunities for UCL through such a period of major change.

I think we should focus on two key themes through 2017: our people (staff and students) and our academic excellence in both research and education. These two issues are, of course, inextricably interlinked.

Our international mix is our strength

Every university is created by the collective activities of its staff and students and for many decades in the UK, and particularly at UCL, there has been a very strong international mix to both. We style ourselves as 'London's Global University' for that very reason, with 42% of students and 40% of academic staff coming from other countries.

European and international academic staff play a key role in many of our most successful research and educational activities.

Many of them first came to UCL as PhD students or for postdoctoral training, staying on later as academic staff and making a major contribution to the academic success of UCL and to the outstanding international profile of UK higher education and research.

This long-term pipeline of continued academic excellence is one of my greatest concerns for 2017 and beyond, and ensuring that our politicians and policymakers understand this issue in full has been a key aspect of all our interactions with government in recent months.

It is essential that we do everything in our power to support and retain our international staff and student profile, as 'openness to all' is embedded in our values and history, and it lies at the very heart of the modern day UCL.

We must continue to persuade others of the long-term value to the UK of such a dynamic and effective international university.

That won't be easy in the 'post-truth' world and it is clearly threatened both by the potential changes to mobility within Europe associated with Brexit and the tightening up of our current government on immigration more generally.

Making our case to government

At UCL, we have the intellectual firepower to construct a convincing, data-driven case that demonstrates the value to the UK of making sure that universities such as ours can continue to contribute hugely to the UK's knowledge-based economy, as long as we can continue to attract highly talented international staff and students.

Fortunately, we also have the advantage of being based in London, a world-leading city that will continue to attract the very best in significant numbers, but we mustn't be complacent.

At the moment, we are bucking the national trend of a reducing number of international students coming to the UK. That will only continue if we we work hard to maintain our academic excellence, reputation and international profile.

Rumours that the number of student visas might be restricted by government, or even linked to Teaching Excellence Framework (TEF) outcomes, are of deep concern. We have to persuade government that such policies will ultimately damage not only UCL, but also the UK's future prosperity and international profile.

As well as Brexit and changes to immigration policy, 2017 will also see implementation of the government's higher education bill. I will save further detailed comment for another occasion - perhaps once we see if, and how, any amendments to the bill improve some of the clauses that have caused concern such as those relating to the autonomy of universities.

Foremost among the issues that we need to be alert to now, however, is the impending arrival of the TEF and what that might mean for us.

TEF and its limitations

Where we might beg to differ is on how this might be measured in a meaningful way that will be acceptable to our academic community and that is understood internationally.

We are continuing to make representations to government about the use of student satisfaction scores as a relatively poor proxy for teaching and educational excellence, and we have recently received some recognition of the limitations of such an approach from Jo Johnson, the Universities Minister, who has indicated that he will be looking for a more holistic evaluation from the TEF process.

It is anticipated that only about 30% of universities in the UK will receive the top 'gold' rating and those graded lower might suffer restrictions on the application of an inflationary uplift to their home student fees and possibly to future international student visa numbers.

The message for us is clear - our strategy of valuing and delivering excellence in education alongside our outstanding research performance is exactly the right one. We must, yet again, redouble our personal and collective efforts to deliver on both, intellectually exciting and inspiring our students through 2017 and beyond.

I am confident that if we deliver that level of performance, others will measure and recognise it through the TEF process - especially as the latter is refined and improved over time.

At the beginning of 2017, we should also take the moment to take a step back and think more widely about how we can contribute, as one of the world's leading universities, to helping to shape a very different global future.

There are many factors to consider: the UK (largely, if not totally) outside the EU, the EU potentially faltering as a major global entity, and the USA becoming more insular, turning its back on globalisation, with likely consequences for its longstanding, pre-eminent international position and influence.

In addition, there are major conflicts continuing to disrupt significant parts of the Middle East and human migration is at its highest for some while, creating major refugee crises across Europe and Northern Africa.

China and many other Asian countries continue to prosper relatively and there has been a huge wave of investment in their higher education and science base, with a strong and successful effort to internationalise their activities. As a consequence, the global profile and influence of China is clearly growing.

I am convinced that there is both opportunity and a major leadership role for UCL as these global changes unfold during 2017 and beyond.

There will be many problems to address and solve, and all of them will need a cross-disciplinary approach coupled with disruptive, radical and critical thinking, and an ability to work in close international partnership with other universities, governments and other agencies.

Given our longstanding strategic approach to global challenges, UCL is well positioned to spot or create the opportunities to make a real and positive difference to that future global society.

Our challenge is to work out how best to turn such thoughts into a reality. As 2017 gets underway, I am confident that UCL will rise to that challenge.