A simple rule can accurately predict when Earth's climate warms out of an ice age, according to new research led by UCL. 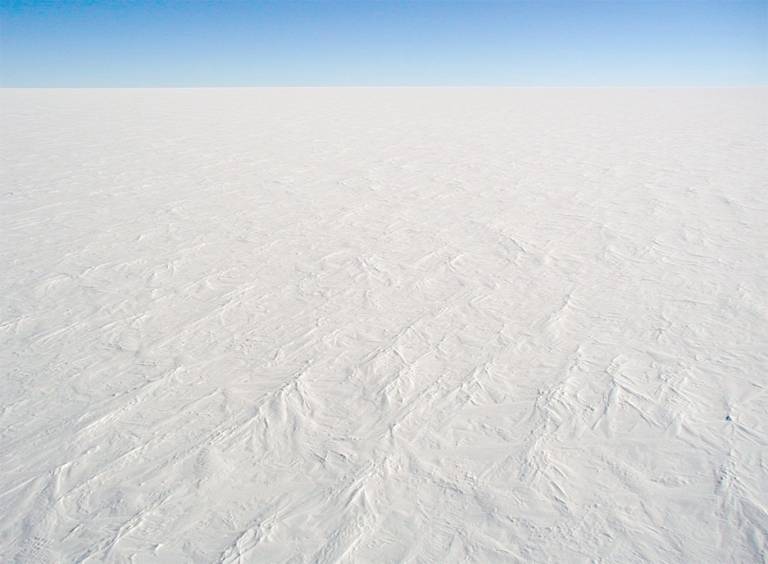 In a new study published today in Nature, researchers from UCL, University of Cambridge and University of Louvain have combined existing ideas to solve the problem of which solar energy peaks in the last 2.6 million years led to the melting of the ice sheets and the start of a warm period.

During this interval, Earth's climate has alternated between cold (glacial) and warm (interglacial) periods. In the cold times, ice sheets advanced over large parts of North America and northern Europe. In the warm periods like today, the ice sheets retreated completely.

It has long been realised that these cycles were paced by astronomical changes in the Earth's orbit around the Sun and in the tilt of its axis, which change the amount of solar energy available to melt ice at high northern latitudes in summer.

However, of the 110 incoming solar energy peaks (about every 21,000 years) only 50 led to complete melting of the ice sheets. Finding a way to translate the astronomical changes into the sequence of interglacials has previously proved elusive.

Professor Chronis Tzedakis (UCL Geography) said: "The basic idea is that there is a threshold for the amount of energy reaching high northern latitudes in summer. Above that threshold, the ice retreats completely and we enter an interglacial."

From 2.6 to 1 million years ago, the threshold was reached roughly every 41,000 years, and this predicts almost perfectly when interglacials started and the ice sheets disappeared. Professor Eric Wolff (University of Cambridge) said: "Simply put, every second solar energy peak occurs when the Earth's axis is more inclined, boosting the total energy at high latitudes above the threshold."

Somewhere around a million years ago, the threshold rose, so that the ice sheets kept growing for longer than 41,000 years. However, as a glacial period lengthens, ice sheets become larger, but also more unstable.

The researchers combined these observations into a simple model, using only solar energy and waiting time since the previous interglacial, that was able to predict all the interglacial onsets of the last million years, occurring roughly every 100,000 years.

Dr Takahito Mitsui (University of Louvain) said: "The next step is to understand why the energy threshold rose around a million years ago - one idea is that this was due to a decline in the concentration of CO2, and this needs to be tested."

The results explain why we have been in a warm period for the last 11,000 years: despite the weak increase in solar energy, ice sheets retreated completely during our current interglacial because of the very long waiting time since the previous interglacial and the accumulated instability of ice sheets.

Intriguingly, the researchers found that sometimes the amount of energy was very close to the threshold, so that some interglacials were just aborted, while others just made it. "The threshold was only just missed 50,000 years ago. If it hadn't been missed, then we wouldn't have had an interglacial in the last 11,000 years" added Professor Michel Crucifix (University of Louvain).

However, statistical analysis shows that the succession of interglacials is not chaotic: the sequence that has occurred is one among a very small set of possibilities. "Finding order among what can look like unpredictable swings in climate is aesthetically rather pleasing" said Professor Tzedakis.