A leading UCL cosmologist has shared this year's $3 million Breakthrough Prize in Fundamental Physics for creating detailed maps of the early Universe. 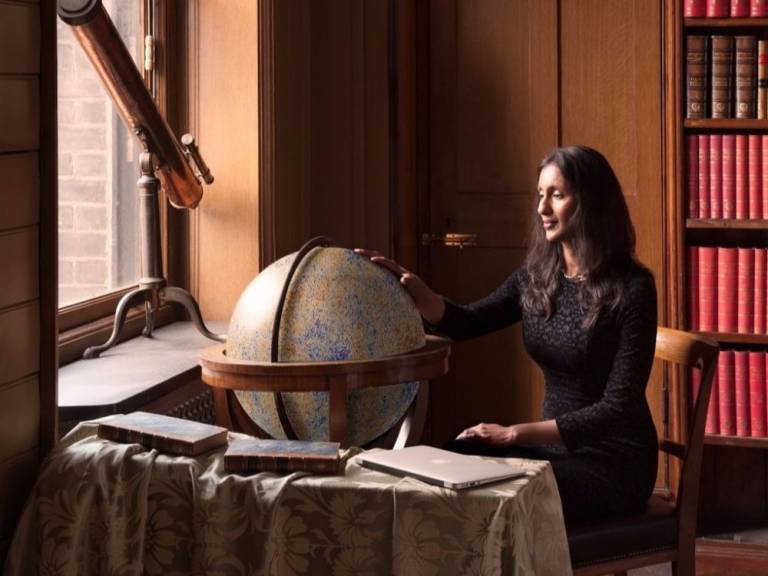 Professor Hiranya Peiris (UCL Physics & Astronomy) worked as a PhD student on the NASA satellite known as Wilkinson Microwave Anisotropy Probe (WMAP), which helped shape our understanding of the origin, evolution and nature of the cosmos.

The mission mapped the cosmic microwave background - the light left over from the Big Bang - to allow scientists to work out the age of the Universe, its rate of expansion and its basic composition.

Professor Peiris' work involved analysing the first round of data from the experiment for cosmological interpretation. In particular, her research led to a significant understanding of the origin of cosmic structure in the very early Universe.

"It's a huge honour to have been part of this project. The legacy of the WMAP mission continues to strongly influence research in cosmology worldwide," said Professor Peiris.

"WMAP's experimental  sensitivity and resolution allowed us to figure out the basic cosmological model that describes our Universe."