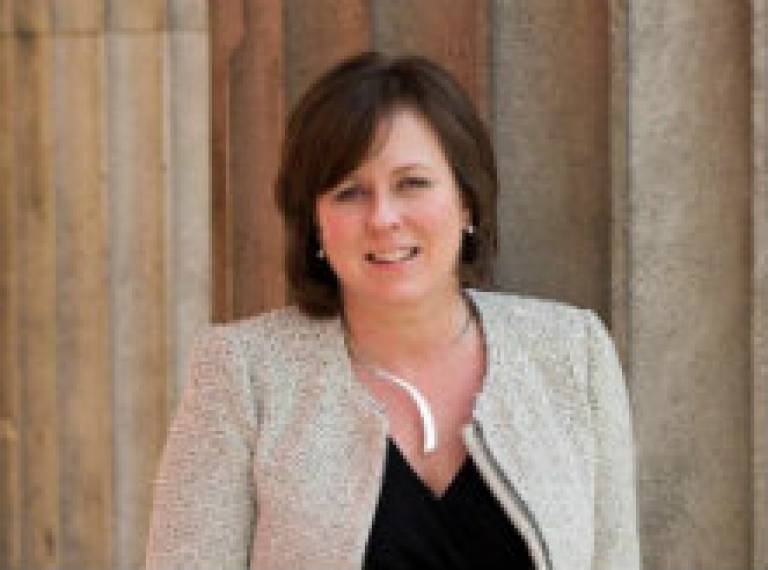 The changes are effective immediately, and come as UCL gears up to launch a major new philanthropy and engagement Campaign, with a high profile public event on 15 September 2016.

Since joining UCL in February 2011, Lori has grown the Development and Alumni Relations team to become one of the most high-achieving in Europe, raising the third highest amount of philanthropy in the UK. The work of the department has been recognised with many international awards. In July this year she was appointed as a trustee of the Council for the Advancement and Support of Education (CASE), the international body for educational advancement, and previously spent 12 years at the University of Aberdeen as Director of Development and External Affairs. Last year she successfully completed the Advanced Management Programme at Columbia University.

"This is a recognition both of the success of DARO and also of the increasing profile of philanthropy to UCL, which plays such a valuable role in expanding the reach and impact of what we do. Lori's great leadership qualities mean that she is ideally placed to drive our transformation from a university with a fundraising office to a fundraising university, and her ability to contribute to UCL's wider strategy and represent UCL at the highest level is of huge value. I'm looking forward to working with her in this new role and am delighted to congratulate her and her team."

Lori adds: "As we prepare to launch one of Europe's biggest fundraising and engagement campaigns, this sends a very positive message to our many friends and supporters about the importance of philanthropy and our drive for increased supporter engagement. I'm proud to lead such a professional and high-achieving team, we could not have been so successful without the backing of UCL's senior team and our amazing academic community, with whom we work in partnership. I'm looking forward to launching the Campaign this autumn and working with staff across UCL to raise more funds and support than ever before for UCL's brilliant staff and students."

The new Campaign for UCL launches on 15 September with a major public event bringing together leading UCL academics to debate the question How will society survive to the 22nd century? The event is free and open to all - register here www.ucl.ac.uk/campaignlaunch