Professor Thomas Mrsic-Flogel has today been announced as the new Director of the Sainsbury Wellcome Centre for Neural Circuits and Behaviour at UCL. 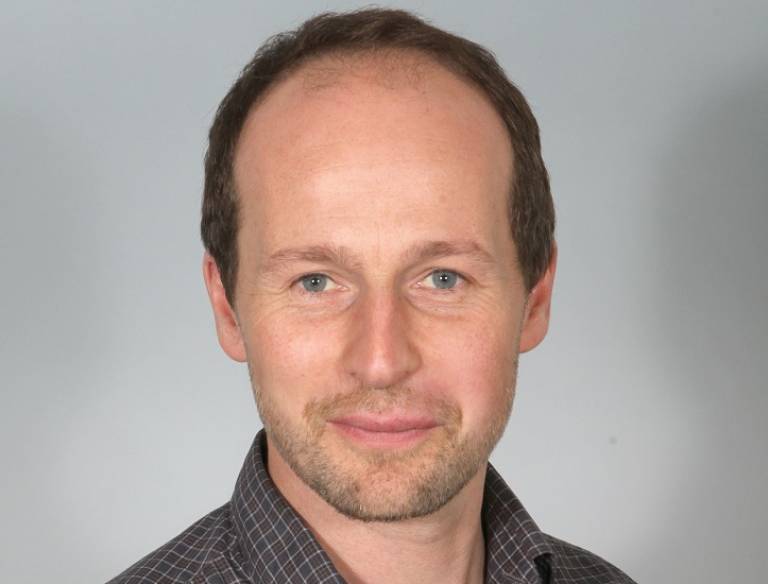 The Centre, funded by the Gatsby Charitable Foundation and Wellcome, brings together world-leading scientists to investigate how the brain's circuits generate perception and guide behaviour.

Professor Mrsic-Flogel's appointment follows three years as Professor of Neuroscience at the University of Basel. Before moving to Switzerland he was a Wellcome Research Fellow and Lecturer at UCL (2007-2013).

Professor Mrsic-Flogel's research aims to understand how the complex organisation of neural circuits gives rise to computations that support sensory perception and behaviour. In recognition of his work, he was awarded the 2015 Larry Katz Prize for Innovative Research in Neuroscience.

Professor David Lomas, UCL Vice-Provost (Health), said: "Thomas Mrsic-Flogel is a superb neuroscientist. His work on the interaction between neurons and in untangling the complexity of sensory circuits in the brain has helped us to begin to map the topography of this vastly complex organ. I am delighted with Tom's appointment as the new Director and the compelling vision he will bring to the Centre."

Professor Thomas Mrsic-Flogel, said: "Despite a wealth of data about the brain, we still lack an understanding of how complex neural circuits give rise to brains' remarkable functions. Our aim is to bring together scientists who will develop conceptual frameworks that explain how activity in neural circuits underlies perception, decisions, memories and behaviour."

The research at the Sainsbury Wellcome Centre relies on the application of powerful new technologies for identifying, recording and manipulating neurons during behaviour, and is supported by excellent core facilities. Experimental scientists at the Centre will interact closely with the theorists at Gatsby Computational Neuroscience Unit, situated in the same building.

Lord Sainsbury of Turville, Settlor of the Gatsby Charitable Foundation, said: "I am delighted that we have been able to recruit an outstanding young scientist, Thomas Mrsic-Flogel, to be the Director of the Sainsbury Wellcome Centre, and to lead it in its formative years."

Wellcome Director Dr Jeremy Farrar, said: "Sainsbury Wellcome Centre researchers are exploring the boundaries of what we know of the brain. Their work to understand how the billions of neurons making up our brains relate to what we do, think and feel, is hugely important and exciting. And thanks to rapid developments in technology it's now achievable. We're delighted Thomas Mrsic-Flogel, with his impressive track record in fundamental brain research, will be at the Centre's helm."