Arousal exerts an unconscious influence on what we see

A new study from UCL researchers finds that subtle, unconscious increases in arousal - indicated by a faster heartbeat and dilated pupils - shape our confidence for visual experiences. 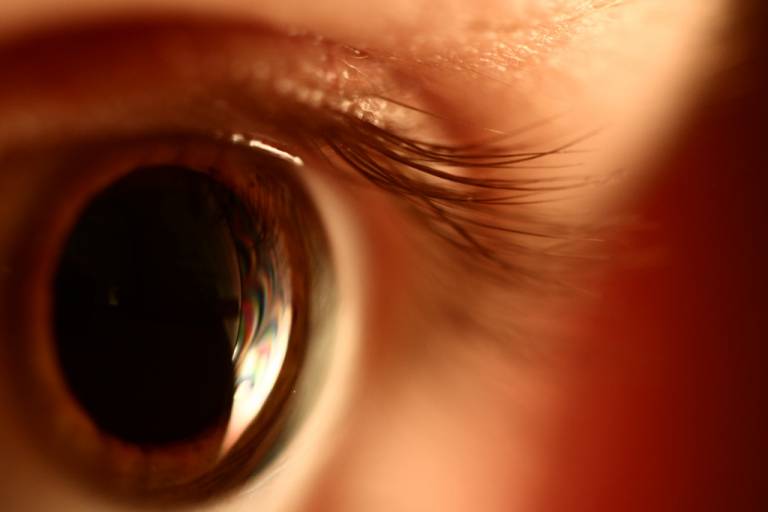 The study, published in eLife, investigated the effect of unconscious arousal on how confident participants felt about what they were seeing when completing a simple task.

"Typically when we see something, we have insight not only into what it is that we've seen, but also how clearly we've seen it," explains lead author Micah Allen (UCL Institute of Neurology). "If the picture is clouded or obscured, our feeling of confidence in what we've seen is lessened. This ability to accurately appraise our own experiences is an important part of our everyday lives. To explain this ability, research has previously suggested that the brain acts a bit like a scientist or statistician, evaluating the quality of our experiences to inform how confident we feel. Our study challenges this view, instead finding that confidence is closely related to unconscious states of physiological arousal."

In the study, the researchers had 29 volunteers view a cloud of moving dots on a screen, decide whether the dots moved to the left or right, and rate their confidence in this decision. Unbeknownst to the volunteers, on some trials a startling image of a disgusted face appeared too briefly to be consciously perceived, causing their heart rate and pupil dilation to increase. Although the volunteers' confidence was reduced when the dots were noisier and more difficult to detect, this effect was counteracted by the increased arousal.

"Our results suggest that subtle, unconscious changes in the physiological state of our bodies impact how we perceive uncertainty. Interestingly, we found that not only did confidence correlate with how fast a participant's heart beat on each trial, but that artificially increasing arousal actually caused participants to act as if they were blind to the quality of their visual experiences. This suggests that our capacity for conscious introspection is much more embodied than previously thought," Micah Allen added.

Co-author Professor Geraint Rees (Dean, UCL Faculty of Life Sciences) said: "As disorders such as depression and anxiety can be linked to altered states of arousal, our findings raise the possibility that patients suffering from these conditions might perceive an unrealistically certain or uncertain world."

The research was supported by funding from Wellcome, the European Research Council and the Swiss National Science Foundation.