This week the spotlight is on Gustav Milne, Honorary Senior Lecturer, UCL Archaeology. 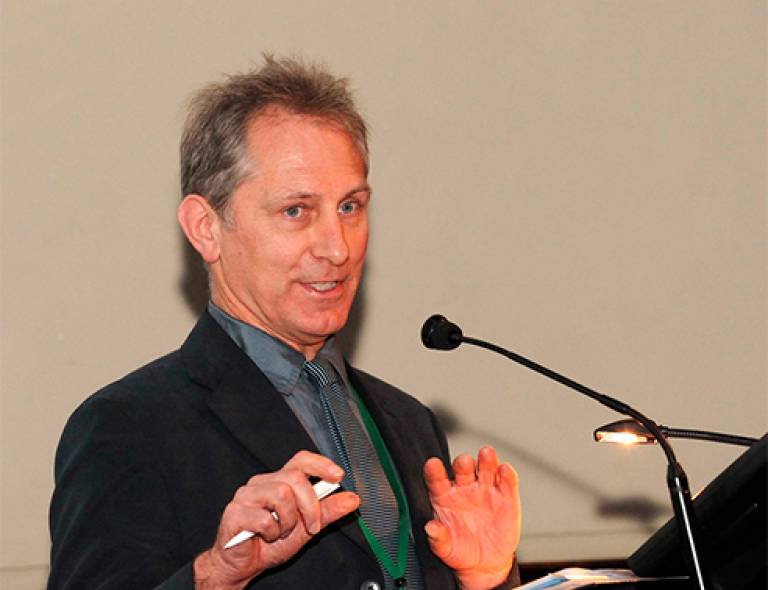 I lecture at the UCL Institute of Archaeology, specifically on Roman and Medieval London. I am also Project Leader of CITiZAN (the Coastal and Intertidal Zone Archaeological Network), an archaeology project that highlights the threat to a wealth of coastal and estuarine sites, most of which have no statutory protection.

Earlier this year, we were approached by Tern TV, an independent production company, that included people who had worked on the popular (but now defunct) Time Team series. They wanted to make some new archaeology programmes, and thought that CITiZAN might provide an interestingly novel focus. This led to the television series Britain at Low Tide, which involved us going all around the English coast to investigate a remarkable range of archaeology sites and features before the tide came in again. The first two episodes aired recently, and you can watch them both online on All 4. The final episode airs this Saturday at 8pm on Channel 4.

I joined the UCL Institute of Archaeology initially in 1991, subsequently teaching courses on Medieval Archaeology and Maritime Archaeology. Prior to that, I worked as an archaeologist with the Museum of London for 18 years on some of the most amazing excavations in the country.

I'm pleased to have helped set up the Museum of London's Centre for Human Bioarchaeology with a Wellcome Trust Grant, and proud of the Thames Discovery Programme (still going strong), set up initially at UCL, but now with Museum of London Archaeology: its success led directly to the setting up of CITiZAN, another community-based archaeology project that also has some exceptional young staff driving it forward.

I am closely involved with the Evolutionary Determinants of Heath programme, a project that looks at how modern urban lives and townscapes can be successfully reconfigured to avoid the infamous 'diseases of affluence' by adopting an evolutionary-concordant lifestyle more in keeping with our palaeolithic genome. You can read all about it in a new book coming out early in 2017 - Uncivilised Genes: Human Evolution and the Urban Paradox.

What is your favourite album?

Being old, I might have to say Sgt. Pepper's Lonely Hearts Club Band by the Beatles.

UCL gave me a job.

Anyone who likes a full English.

Become an archaeologist in the 1970s.

That I'm not very surprising.

Anywhere on the coast or the River Thames.