UCL confirms theatre will be reinstated

Following an initial consultation and feedback from students and other groups, UCL has confirmed its commitment to reinstating a theatre on campus. 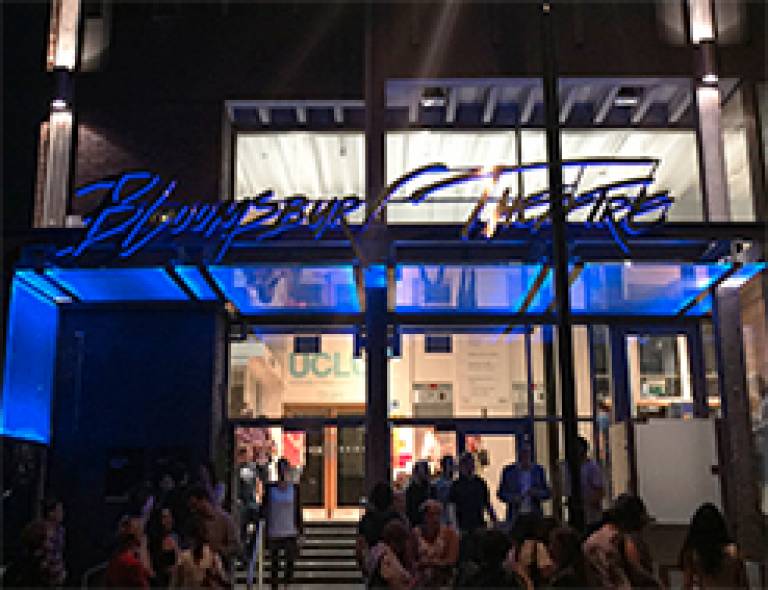 A further consultation will now consider more detailed options for a remodelled theatre - which will remain in the current UCL Bloomsbury Theatre building and be of a similar scale. This process will begin after Easter and conclude by May 2016.

Simon Cane, Director of Public and Cultural Engagement at UCL, said: "The interests of students will remain central to this review, and we will also be extending the consultation process to include UCL staff.

"While we work with students to create an improved theatre experience for future generations of UCL students and theatre users, we will support student productions at alternative venues and increase opportunities for use of the Studio space during the redevelopment.

"Additionally, we will be talking to the UCLU Garage Theatre about the use of the Studio and are confident that we will be hosting them along with other student productions in the Studio in the near future.

"We are looking forward to working with students, colleagues and stakeholders to develop a refreshed and integrated theatre offering at UCL that reflects and promotes their talents and further enhances the student experience."

The university has also confirmed that the asbestos issue in the UCL Bloomsbury Theatre auditorium has now been resolved, but that the auditorium will remain closed until January 2018 at the earliest while works are undertaken. The Studio and other parts of the building are unaffected.

The UCL Bloomsbury Theatre has been closed since June 2015 after planned building works impacted on a known asbestos problem, requiring performances to be suspended until further notice.

It has been difficult to predict the length of the closure given the complexity of the work needed to make the site fit for purpose, though the reopening was initially scheduled for early 2016.

Given the substantial scale of the work required to reinstate the auditorium, UCL decided to embark on a review of whether the 1967 theatre configuration is still right for users' needs, or whether other options should be explored. As a result, the reopening was significantly delayed.