This week the spotlight is on Marcia Jacks, Institute Manager for Women's Health, UCL Faculty of Population Health Sciences. 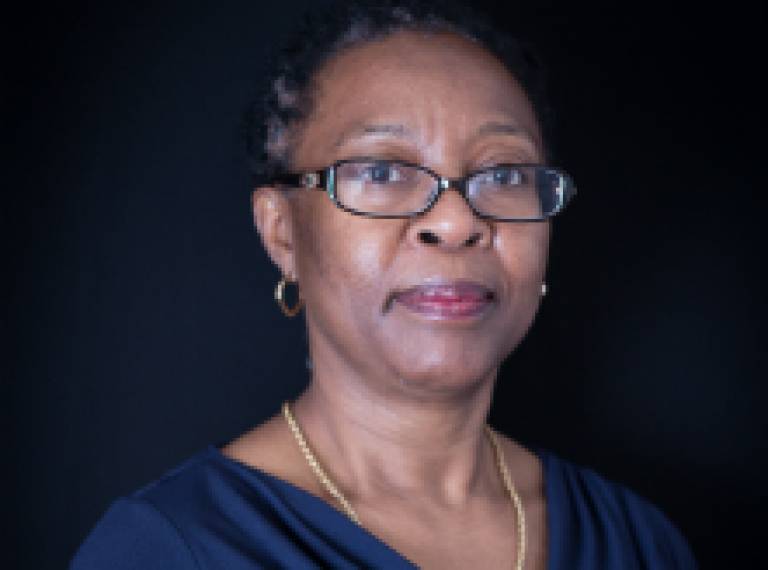 I am Institute Manager for Women's Health in the UCL Faculty of Population Health Sciences. This year, I will have been in the role for eight years.

The purpose of my role is to oversee administration in all professional support areas. Although stress levels can become high, I love the variety of work this role offers.

I am also Co-Chair of the Race Equality Steering Group, a role that I take very seriously. Since joining UCL, I have always taken an interest in, and sought to be involved with, equality issues at various levels.

I joined UCL in 1995 as a department administrator for the UCL Centre for Health Informatics & Multiprofessional Education (CHIME), based at the Whittington Campus.

The role was similar to my current role in that I was responsible for managing the department, but now I am managing the four separate departments that make up the institute.

I have had many achievements over the years that I have been proud of. When I first joined UCL, professional services were not as centralised as they are now and individual departments were given greater autonomy.

It was at this time that I felt I was the most creative - for example, developing internal systems.

UCL has a changing environment and keeping pace is a challenge. I am told the culture of the institute is a positive one and I proud that I can contribute to this.

I have also attended a black, minority and ethnic (BME) leadership programme over the past two years. I am proud that the project I completed as part of this course has formed one of the actions within the UCL Race Equality Charter Mark (RECM) Action Plan.

I participated in the Stellar Higher Education Programme in 2014, which is a leadership programme for BME staff.

We were tasked to complete a project that would benefit our organisation and I choose to explore the benefits of a BME sponsorship scheme due to the under-representation of BME staff at senior levels within UCL.

I am pleased that as a result of this project an action has been created within the RECM Action Plan to pilot a sponsorship programme for BME staff.

This will be led by the UCL Equality and Diversity team and O&D teams and aims to promote more BME staff into higher grades. This is a long term goal to achieve a sustained increase in BME senior staff, but having this level of commitment makes it achievable.

It is so important that BME staff are represented at all levels of the organisation and that BME students have role models.

I don't have a favourite album but I love gospel, reggae and soul music.

My favourite film is The Karate Kid, both the old and new versions.

As a Christian, I read the Bible or associated devotions daily, so I guess you could say this is my favourite book.

For light reading, I pick up a Danielle Steele novel. I forget the titles quite quickly, but the last one I read was about a month ago entitled The Kiss.

Don't have one, I'm afraid!

Barack and Michelle Obama to have a discussion about what it feels like to lead the most powerful country in the World and Denzel Washington my favourite male actor.

Don't be afraid to ask for what you want, the answer can only be yes, no or maybe

I returned my green card to the US Authorities in the 1990s. Yes, I could have become an American citizen, but I chose to remain in the UK. Maybe a matter for regret when you see the answer below!

Up until I visited Orlando, Florida in December, it was Jamaica.