What hunter-gatherers can tell us about human social networks

Hunter-gatherers have a three-tiered social network to increase the chance the whole community has enough to eat, according to new UCL research which looked at two contemporary hunter-gatherer groups. 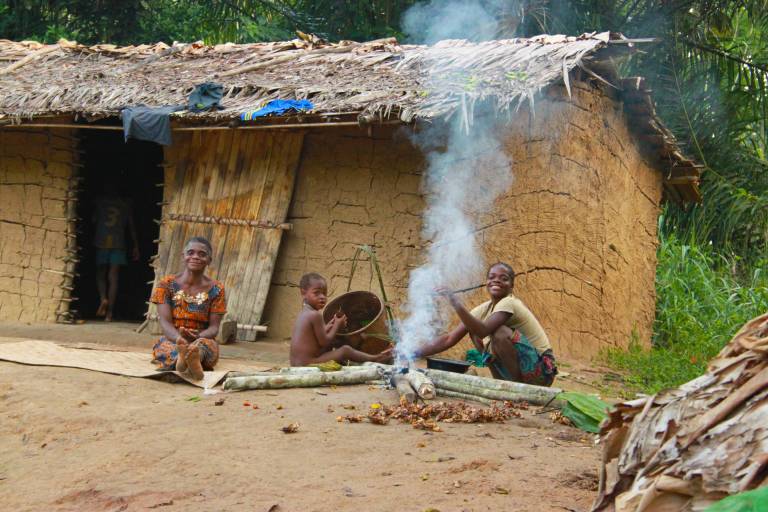 Published today in Current Biology, the researchers studied the Agta, of northern Luzon in the Philippines, and the Mbendjele who live in the north of the Republic of Congo.

Last author Dr Andrea Migliano, (UCL Anthropology) and PI of the Hunter-Gatherers Resilience Project funded by the Leverhulme Trust, explains how a multi-level social structure exists within hunter-gatherer communities to structure social life and co-operation in important activities such as foraging and food sharing:

"Food sharing and cooperation are central for hunter-gatherers. Hunter-gatherers multi-level social structure exists in different groups, to help regulate these cooperative systems. Furthermore, multi-level social structures regulate social rules, friendship and kinship ties and the spread of social norms, promoting a more efficient sharing and cooperation. Sharing is a crucial adaptation to hunter-gatherers' lifestyles, central to their resilience - and central to the evolution of mankind."

While previous studies have identified similarities in social structure across different hunter-gatherer populations, the new work is the first to explore how these multi-level social networks structure the way individuals food-share.

The team collected data by living with the two communities for many months, making observations on how often households shared food with each other. From analysing this, the researchers could precisely map out the social networks that exist within the groups.

"Although we had an idea of how camps split into food sharing clusters 'on the ground,' we were able to test these using algorithms which are able to identify sub-communities within the nine camps we studied," Dyble explained.

Their analysis showed that, in both communities, individuals maintain a three-tiered social network when it comes to sharing food. The first tier is their immediate household, most often consisting of five or six individuals; the second social network is a cluster of three to four closely related households with whom the individual shares food frequently; the third is the wider camp.

"Despite being from different continents and living in very different ecologies, both groups of hunter-gatherers had a strikingly similar social organization," Dyble said.

The similar results across both groups reinforce the idea that social networks that structure food-sharing between individuals are essential for all hunter-gatherer populations to survive:

"Cooperation and especially food sharing are essential for survival in a hunting-and-gathering economy," Dyble said. "The proverb that 'it takes a village to raise a child' is certainly true for hunter-gatherers who, without food sharing to mitigate the day-to-day shortfalls in foraging, could simply not survive."

Dyble says the team from UCL now intend to explore the structure of other types of social networks among hunter-gatherer communities, such as cooperation in childcare, and compare these with the structures of food-sharing.