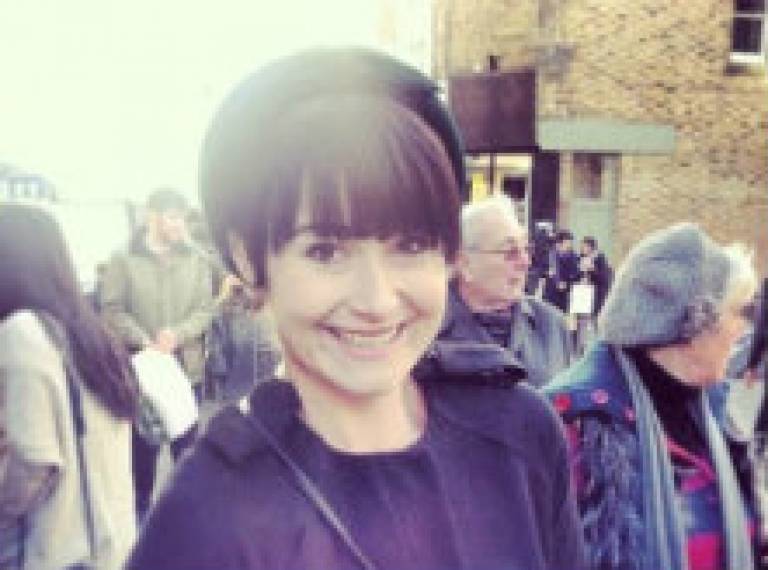 I'm the Video Producer over in UCL Communications and Marketing, and of course my role involves making videos! I do everything from planning, shooting, asking the interview questions and editing. I have a special focus on creating content for Widening Participation, which means I look a lot at making content that can de-mystify university life, explain the nuts and bolts of applying to UCL or show what living in London is really like. This is really important to me because I was the first person in my family to go to university, so I'm a firm believer in making higher education as accessible as possible. Video is a great way to do that in these digital times!

I've also been meeting with lots of departments and individuals from across the university, to help them with content and how they can get the ball rolling on video marketing. Even if I can't take on the full project myself, I'm always keen to hear about ideas and answer any questions!

I'm a fairly recent recruit, only joining the team in December 2015. UCL is my first role outside of the TV and production company world; previously I was a producer with ITN and the Seven Network in Australia. I have worked on commercials, TV shows, business news, documentaries and ITV News.

Before joining UCL it was helping to produce a series of mini documentaries for a charity in Australia called Telethon, where we challenged celebrities around the world to different tasks in order to raise money for a children's hospital.

Since joining UCL it's been producing the virtual open day videos - nearly 30 films from various departments across the university!

I'm currently making a series of videos that will answer important questions for incoming students - how do fees and extra funding work, UCAS applications, what does UCL look for in a personal statement… I'm using student presenters (and some staff too!) to hopefully make these fun and easy to watch.

My colleague Rob Eagle and I are also running a student film competition over the summer which I'm really excited about, called My UCL Summer. I'm looking forward to seeing some great student film making and interesting takes on the topic.

My favourite film is Breakfast at Tiffany's, my favourite novel (or novels!) is The Hitchhiker's Guide to the Galaxy and album is too hard! But for nostalgia value probably Neil Young's Harvest because my parents used to play it a lot when I was a kid. Plus I have it on vinyl!

There are 10 kinds of people in this world - those who understand binary and those who don't.

If being alive isn't an important criteria it would be Audrey Hepburn, Douglas Adams, and David Bowie. Plus I'd get Michael Palin and David Attenborough to bring dessert.

Travel as much as possible and meet as many different people as you can along the way.

I have a pretty in-depth knowledge of English comedy spanning from the Goon Show through Monty Python and beyond. It was a bit of a strange hobby for a teenage girl!

Margaret River, Western Australia. Famous for great beaches and even better wine - what more could you want?