The transition from hunter-gatherer to sedentary farming 10,000 years ago occurred in multiple neighbouring but genetically distinct populations according to research by an international team including UCL. 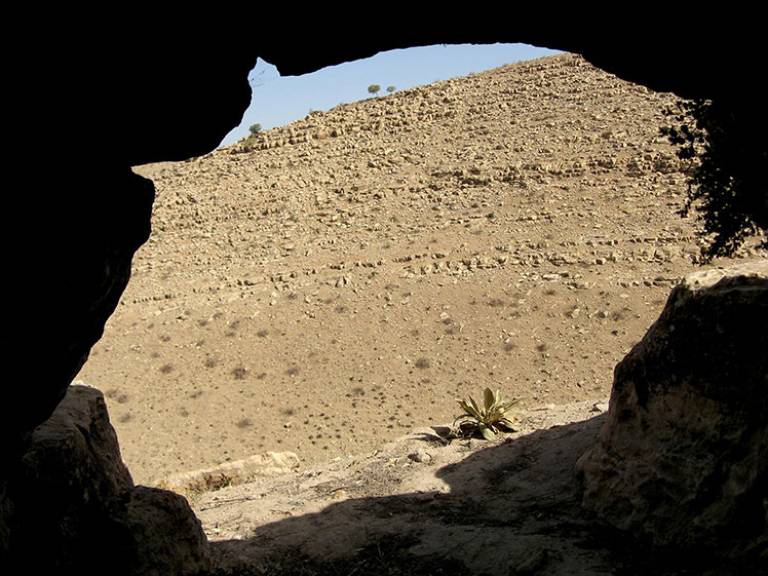 "It had been widely assumed that these first farmers were from a single, genetically homogeneous population. However, we've found that there were deep genetic differences in these early farming populations, indicating very distinct ancestries," said corresponding author Dr Garrett Hellenthal, UCL Genetics.

The study, published today in Science and funded by Wellcome and Royal Society, examined ancient DNA from some of the world's first farmers from the Zagros region of Iran and found it to be very different from the genomes of early farmers from the Aegean and Europe. The team identified similarities between the Neolithic farmer's DNA and that of living people from southern Asia, including from Afghanistan, Pakistan, Iran, and Iranian Zoroastrians in particular.

"But to find that this region was made up of highly genetically distinct farming populations was something of a surprise. We estimated that they separated some 46 to 77,000 years ago, so they would almost certainly have looked different, and spoken different languages. It seems like we should be talking of a federal origin of farming."

The switch from mobile hunting and gathering to sedentary farming first occurred around 10,000 years ago in south-western Asia and was one of the most important behavioural transitions since humans first evolved in Africa some 200,000 years ago. It led to profound changes in society, including greater population densities, new diseases, poorer health, social inequality, urban living, and ultimately, the rise of ancient civilizations.

Animals and plants were first domesticated across a region stretching north from modern-day Israel, Palestine and Lebanon to Syria and eastern Turkey, then east into, northern Iraq and north-western Iran, and south into Mesopotamia; a region known as the Fertile Crescent.

"Such was the impact of farming on our species that archaeologists have debated for more than 100 years how it originated and how it was spread into neighbouring regions such as Europe, North Africa and southern Asia," said co-author Professor Stephen Shennan, UCL Institute of Archaeology.

"We've shown for the first time that different populations in different parts of the Fertile Crescent were coming up with similar solutions to finding a successful way of life in the new conditions created by the end of the last Ice Age."

By looking at how ancient and living people share long sections of DNA, the team showed that early farming populations were highly genetically structured, and that some of that structure was preserved as farming, and farmers, spread into neighbouring regions; Europe to the west and southern Asia to the east.

"Early farmers from across Europe, and to some extent modern-day Europeans, can trace their DNA to early farmers living in the Aegean, whereas people living in Afghanistan, Pakistan, Iran and India share considerably more long chunks of DNA with early farmers in Iran. This genetic legacy of early farmers persists, although of course our genetic make-up subsequently has been reshaped by many millennia of other population movements and intermixing of various groups," concluded Dr Hellenthal.