Two UCL academics were made a DBE (Dame of the British Empire) in the New Year Honours 2016. 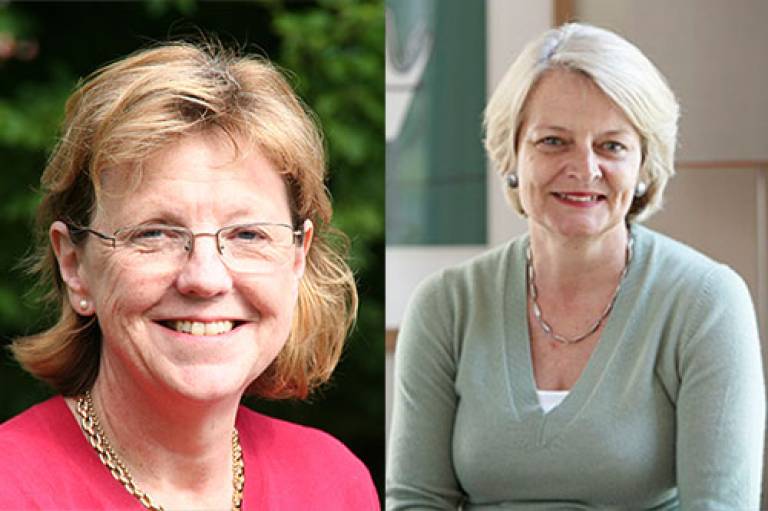 Professor Mace's research concerns measuring the trends and consequences of biodiversity loss and change with a particular focus on the science and policy interface for biodiversity conservation and ecosystem management.

Prior to joining UCL in 2012, she was Director of the NERC Centre for Population Biology at Imperial College London from 2006, and before that she worked at the Institute of Zoology, Zoological Society of London, first as a research fellow and latterly as Director of Science.

Working with IUCN (especially Simon Stuart), she led the process to develop, test and document criteria for listing species on IUCN's Red List of threatened species. Prior to these changes, the Red List was based on nominations from experts rather than data. Subsequently she worked on the biodiversity elements of the Millennium Ecosystem Assessment and contributed to the technical development of measures for the CBD 2010 biodiversity target. She worked on the UK National Ecosystem Assessment (2011) and the IPCC WG2 report (2014). In 2014 she chaired a Royal Society science policy report, Resilience to extreme weather. Currently, she is a member of the UK Government's Natural Capital Committee. She is also a member of the Natural Environment Research Council.

She was elected FRS in 2002, awarded a CBE in 2007, and was the 2007 winner of the International Cosmos prize. She has been President of the British Ecological Society (2011-2013), President of the Society for Conservation Biology (2007-2009) and the last Chair of the international programme on biodiversity science DIVERSITAS (2012-2014) which merged into the Future Earth Programme in 2014.

To find out more about Professor Mace, use the link at the bottom of the article.

Professor Henrietta Moore, Director of the UCL Institute for Global Prosperity (IGP) in the UCL Bartlett, was made a DBE in the New Year Honours in recognition of her contribution to the Social Sciences, and her services to business, policy and the arts.

Professor Moore was formally William Wyse Chair of Social Anthropology at Cambridge University and Deputy-Director of the London School of Economics. She is currently a Trustee of Barbican Arts Centre, and is Chair of Culture, Philosophy and Design at UCL.

Professor Moore's diverse interests and projects are informed by ideals of a sustainable and inclusive society, enlivened by the Arts and Humanities, and driven by collaborative and interdisciplinary research. With the IGP, which Professor Moore founded in October 2014, she aims to look beyond outdated models, re-evaluate how we look at future global prosperity, and provoke a conversation about how we want to live together, and who we want to be.

Find out more about Professor Mace

Find out more about Professor Moore