I have alluded to the forthcoming UCL philanthropic Campaign in numerous Provost's Views over the last year or two. 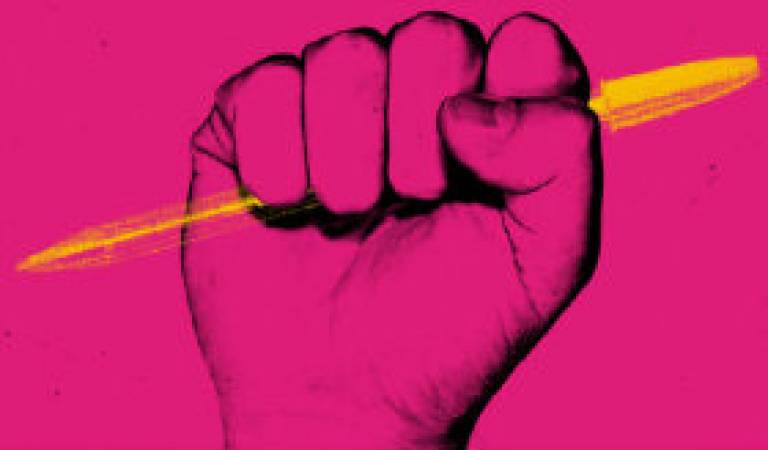 I want to reflect on this topic in more depth this week so that all staff at UCL are kept well informed about this key aspect of implementing UCL 2034. This coincides with the start of Philanthropy Month, which began with the annual Scholarships and Bursaries Reception on Monday and which will conclude with Philanthropy Day on 29th February- a celebration of the importance and impact of giving (money, time, and expertise) to UCL. This is the first milestone in a busy year for fundraising and supporter engagement that will culminate in the Campaign launch in Bloomsbury this September.

A key objective for Philanthropy Month is raising awareness of philanthropy and the Campaign among our staff and students. Like many projects that require a lot of behind-the-scenes planning, the Campaign might at times feel like something that is happening elsewhere in UCL. But let me both engage and appeal to all of you: the Campaign will affect all of us, and it will need all of us, if we are to be successful. Perhaps you may feel that you have heard about the Campaign but haven't seen much evidence of its impact yet: again, the evidence of the pre-launch 'quiet phase' is all around us, in our scholarship students, in new academic fellowships and senior staff hires, new cutting-edge research programmes, and new building projects. Even if the Development and Alumni Relations Office (DARO) have not fundraised for your own particular area, it's likely that unrestricted donations (a significant part of my Provost's Strategic Development Fund) have already had an impact on your time at UCL.

On the one hand I want Philanthropy Month to celebrate this charitable giving to UCL. But on the other, and perhaps paradoxically, I want it to normalise it. This is an institution that was built with philanthropy and whose excellence continues to be sustained by philanthropy; but it is all too easy to forget this, or never to be aware of it in the first place. Last year's Philanthropy Month engaged staff and students in Bloomsbury as well as alumni all over the world. Please do get involved with events throughout the month and with the social media campaign #UCLHeroes. However, most of all I want people to think beyond the month and to keep the Campaign in mind in all our work through 2016 and beyond.

The Campaign will add excellence to our core and will help us meet our ambitions set out in UCL 2034. Philanthropy is increasingly important for universities in the UK, and the marketplace increasingly competitive. Results from the latest Coutts Million Pound Donor Report show that seven-figure donations (those of £1,000,000 or more) injected nearly £500 million into UK higher education in 2014. 35 universities received donations of a million pounds or more, and Oxford and Cambridge both received more than ten such donations during the year. At UCL we received two gifts of £10 million or more while our partner Great Ormond Street Hospital was awarded the second largest donation of the year - £60 million to establish the Centre for Research into Rare Diseases in Children. This is a good example of where donations to hospitals are in fact supporting UCL research, in this case at the UCL Institute of Child Health.

What else has been happening? On Monday evening I had the pleasure of hosting our annual Scholarships and Bursaries reception, where we bring together scholarship recipients and our generous donors to celebrate the impact of philanthropy on students at UCL. This was the third time I've hosted the reception, and I'm pleased to say that this year we had more student recipients attending than ever before: more than 115 of them - undergraduates, postgraduates, home/EU, international - reflecting the impact of student support right across UCL.

After hearing from me, guests heard from donors Maureen Amar and Richard Jenkins, who spoke about why their Amar-Franses & Foster-Jenkins Trust choose to support students (and who met the Civil Engineering PhD student they are supporting) and from Professor Geraint Rees, who reflected on the difference this support makes to our faculties. A particular highlight was hearing from two scholarship students - UCL Laws postgraduate Naimeh and then UCL Archaeology undergraduate Janie, who is a recipient of the Sir Malcolm Grant Scholarship, established by alumni funding to mark my predecessor's retirement. It was a great event, but there is more to do as ­last year the number of applications for financial support from students increased by 39%.

As well as students and donors, around 30 members of UCL staff attended the reception (not including colleagues from DARO, who organise this and all other Campaign events). Staff engagement in the Campaign is crucial, so it was pleasing to see so many colleagues from across the institution give up their evening to reflect on the importance of philanthropy to UCL. I hope that more staff get engaged with the Campaign through Philanthropy Month and beyond

How I am personally involved in the Campaign

The Campaign is important to me personally, and for my part this has been a busy Campaign-related few weeks. Thankfully I was well prepared after my participation in a panel at the CASE Europe Director's Debate 2016, where colleagues from across the sector debated the future of fundraising for UK higher education. In particular, we looked at gift acceptance - good timing as we are signing off a substantial gift to our Faculty of Engineering Sciences (watch this space for the announcement). A week ago, I met with colleagues in DARO and Professor Mary Fulbrook (Dean of Social & Historical Sciences) to plan our next steps in an ongoing conversation with one of the UK's largest philanthropic foundations to support the Institute of Advanced Studies. Earlier on Monday, I hosted a lunch with donors and potential donors which was focused on the new Institute of Immunity and Transplantation, our project with the Royal Free Hospital. On Tuesday came the Professional Services Conference, with a Q&A chaired by Lori Houlihan, DARO's Executive Director, and today was our Leadership Forum, where we discussed the Campaign with Heads of Department and senior faculty and professional services staff.

The thing I love about my role in the Campaign is that I get to do a bit of everything, helping to create campaign branding that reflects the UCL spirit (an example of which can be seen at the top of this article), taking part in alumni engagement events and in the thanking and stewarding of existing donors, and of course developing relationships with potential supporters and, quite often, asking them to commit to UCL. In DARO, we have a dedicated fundraising and supporter engagement office, but while they coordinate the Campaign and lead on the frontline, it belongs to everyone. Everyone of us is an ambassador for UCL and, as such, an ambassador for the Campaign. The two are inseparable.

If you're still wondering about what a Campaign is and how you can be involved, Philanthropy Month is the time to find out.

Comments? Please provide your thoughts on this form