UCL scientists have successfully developed a new X-ray imaging technology that has the potential to benefit society through life-saving applications in security and healthcare. 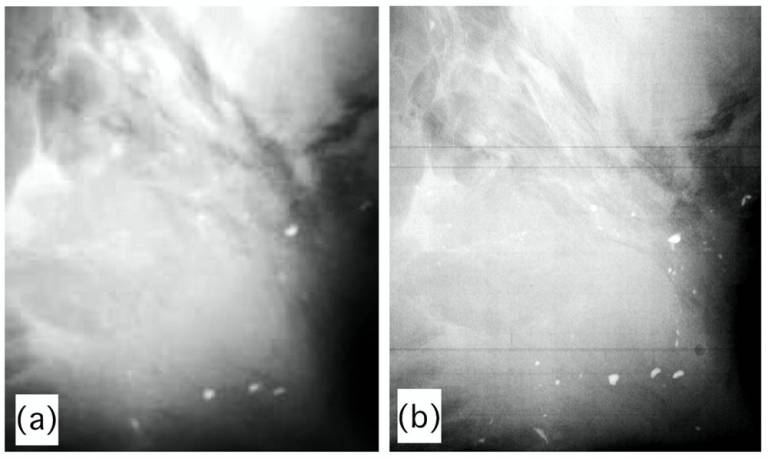 The new technology excels at determining different shapes and types of matter - a capability that conventional X-rays could only match by using prohibitively high doses of radiation. As such, the researchers say it could be used to identify tumours in living tissue earlier and spot smaller cracks and defects in materials.

The breakthrough is the result of a major five-year international project funded by the Engineering and Physical Sciences Research Council (EPSRC) and led by UCL engineers.

The technique at the heart of the advance is called phase-contrast X-ray imaging. Instead of measuring the extent to which tissue or materials absorb radiation - as in conventional X-ray imaging - it measures the physical effect that passing through different types of tissue or material has on the speed of the X-ray itself.

Professor Alessandro Olivo (UCL Medical Physics & Biomedical Engineering), who led the project, said: "The technique has been around for decades but it's been limited to large-scale synchrotron facilities such as Oxfordshire's Diamond Light Source. We've now advanced this embryonic technology to make it viable for day-to-day use in medicine, security applications, industrial production lines, materials science, non-destructive testing, the archaeology and heritage sector, and a whole range of other fields."

This vast potential for the new technology is already beginning to be explored. For example:

Professor Olivo, concluded: "This has the potential to be incredibly versatile, game-changing technology. We're currently negotiating with a number of companies to explore how it could be put to practical use. There's really no limit to the benefits this technique could deliver."