Significant numbers of patients whose HIV strains developed resistance to older generation drugs are also resistant to modern drugs, finds a new study led by UCL and funded by Wellcome. 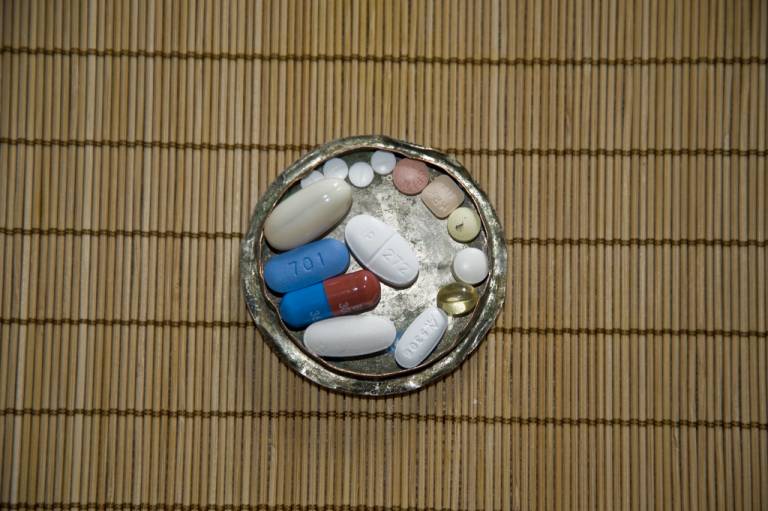 The research, co-authored by researchers at the London School of Hygiene and Tropical Medicine and published in The Lancet Infectious Diseases, studied 712 HIV patients across the world whose HIV was not controlled by antiretrovirals.

The study found that 16% of people who stopped responding to modern first-line treatments had HIV mutations associated with resistance to an older generation of drugs called thymidine analogues. Among patients with a thymidine analogue mutation, 80% were also resistant to tenofovir, the main drug in most modern HIV treatment and prevention strategies.

"We were very surprised to see that so many people were resistant to both drugs, as we didn't think this was possible," explains lead author Professor Ravi Gupta (UCL Infection & Immunity), who is also an Honorary Consultant in Infectious Diseases at The Hospital for Tropical Diseases, UCLH NHS Foundation Trust. "Mutations for thymidine analogue resistance were previously thought to be incompatible with mutations for tenofovir resistance, but we now see that HIV can be resistant to both at once. This emphasises the need to check the genetic profile of patient's virus before prescribing first-line treatments, as they may have already developed resistance to other treatments that they did not mention having taken."

Resistance to a drug typically occurs when a patient doesn't take their medication regularly enough, and for first-line treatments to work patients generally need to take their medication 85-90% of the time. When treatment is not taken as advised the virus can develop a resistance to the drugs, and the latest study shows that HIV can be resistant to many different drugs simultaneously.

"To prevent these multi-resistant strains from developing, we need cheap, reliable systems to assess people before treatment," says Professor Gupta. "Ideally, we need simple resistance testing kits to help screen for drug resistance before giving treatment. This would also help us to monitor HIV drug resistance globally more effectively. However, until such kits are widely available, we could test the amount of virus in the bloodstream before and after giving treatment. Although not as precise as resistance testing, this could help us to detect treatment failure earlier and switch patients to second line drugs."

If a patient's virus becomes resistant to first-line drugs, the next stage is expensive second-line treatment with greater side effects. Many rural patients do not have access to such drugs, so it is important to try to preserve the effectiveness of first-line treatments.