Dr Katharine Giles and Professor Seymour Laxon, both of UCL Earth Sciences, have been proposed as names for a new polar research ship in a public competition run by the Natural Environment Research Council (NERC), which closes on 16 April. 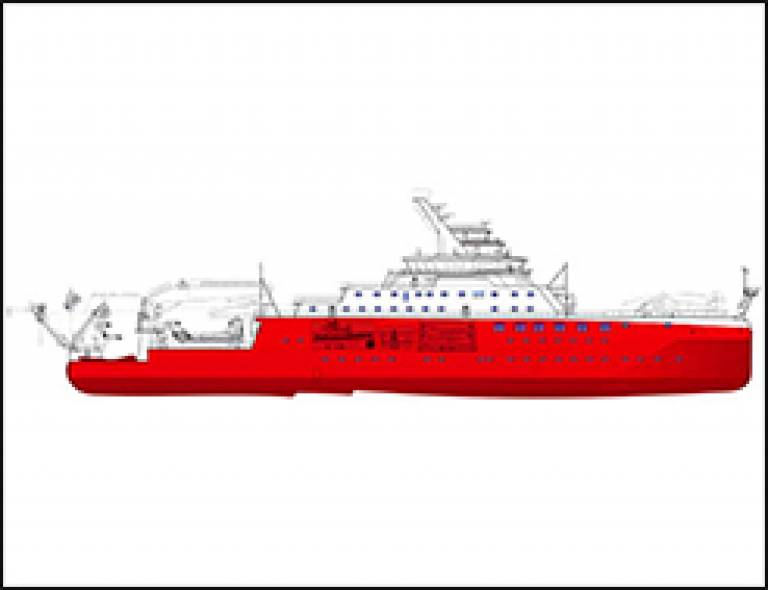 The scientists, who worked at the Centre for Polar Observation and Modelling at UCL, tragically died within months of each other in 2013.

Professor Laxon, a UCL Physics & Astronomy graduate was Director of the Centre for Polar Observation and Modelling at the time of his death in January 2013. His scientific breakthrough was to distinguish the ice surface from the water surface in satellite radar altimeter measurements of ice-covered oceans. This led to the first detailed map of the Arctic gravity field, revealing new tectonic features beneath the seafloor, and water circulation beneath the ice. His work helped give the European Space Agency the confidence to build CryoSat, a satellite dedicated to observing the Earth's ice-covered regions, launched in 2010.

Dr Giles graduated with a first class degree in Earth and Space Sciences from UCL and studied under Professor Laxon for her PhD. She went on to become a research fellow and lecturer. Her work included showing how winds affected the newly exposed Arctic Ocean. She was committed to the public understanding of science, and was a co-author and presenter of the 2006 IET Faraday Lecture, 'Emission Impossible: Can Technology Save the Planet?', presenting live to thousands in the UK and the Far East. Dr Giles assumed the supervision of Professor Laxon's PhD students and took up his research activity before her own death in April 2013.

The Natural Environment Research Council's new polar research vessel will be the UK's largest and most advanced research ship yet. It will allow scientists to carry out research safely and efficiently through the harshest of winters, in both Antarctica and the Arctic.

The council's public competition to name the new ship has been dominated to date by humorous suggestions.

The competition deadline closes on 16 April. You can cast your vote at the following pages: