UCL Professor Graeme Reid acted as specialist adviser for the House of Lords Science and Technology Committee's report on the influence of EU membership on UK science, published this week. 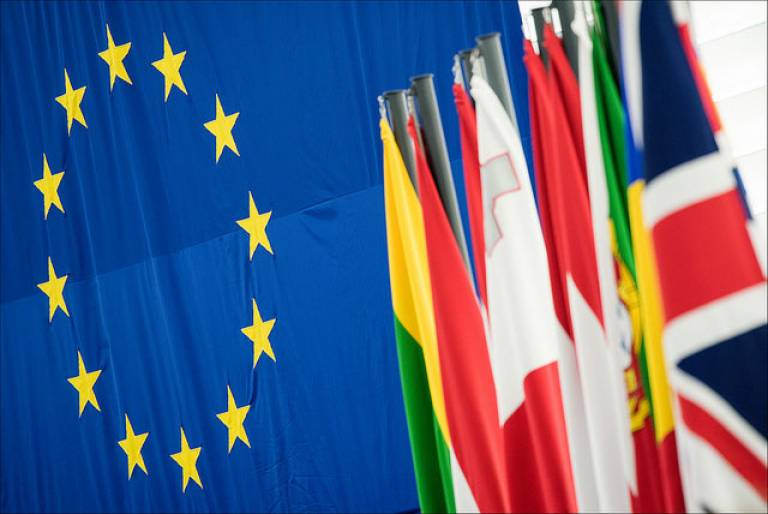 The report finds that UK businesses are lagging behind competitor nations seeking EU funding, while UK universities are reaping rewards.

In addition to EU funding, the inquiry's 'EU membership and UK science' report, looks at other aspects of EU membership, such as freedom of movement of researchers and the ability to collaborate on major projects - concluding that these in particular are significant aspects of membership.

The inquiry investigated alternative scenarios to explore the implications of a Brexit for several features of UK science.

It highlights some negative aspects of the UK's EU membership, such as restrictive EU regulation of clinical trials that could put the UK at a disadvantage to competitors outside the EU.

The report concludes that the UK could lose strategic influence on EU science policy in the event of a vote to leave.

Commenting on his role in the report, Professor Reid (Office of the UCL Vice-Provost, Research) said: "This was a wonderful opportunity to take academic insights into Parliament on an issue of great interest to the science community and a wider public".

The UCL European Institute will be hosting an event on Thursday 12 May to discuss the report as part of their events series on the referendum - details will be published shortly on their website.

UCL is the second-ranked university in both funding received and number of projects or participations so far in Horizon 2020, the EU Framework Programme for Research and Innovation for 2014-2020.

UCL has been awarded €93.8 million and 156 participations since 2014, according to a recent analysis of signed grant agreements by the Department for Business Innovation & Skills. This is just under the University of Cambridge's €98.6 million and the University of Oxford's 162 participations. With Imperial College London, these institutions were the top four university recipients of Horizon 2020 funding across Europe.

Professor David Price, UCL Vice-Provost (Research), commented: "This funding, which will support our mission as London's Global University, represents great achievement on the part of UCL researchers with the expert support of the UCL European Research & Innovation Office. The performance of the UK's leading universities confirms both their research strengths and the importance of the UK's continued engagement with the EU."