This week the spotlight is on Ian Dancy, Chief Executive Officer of UCLU. 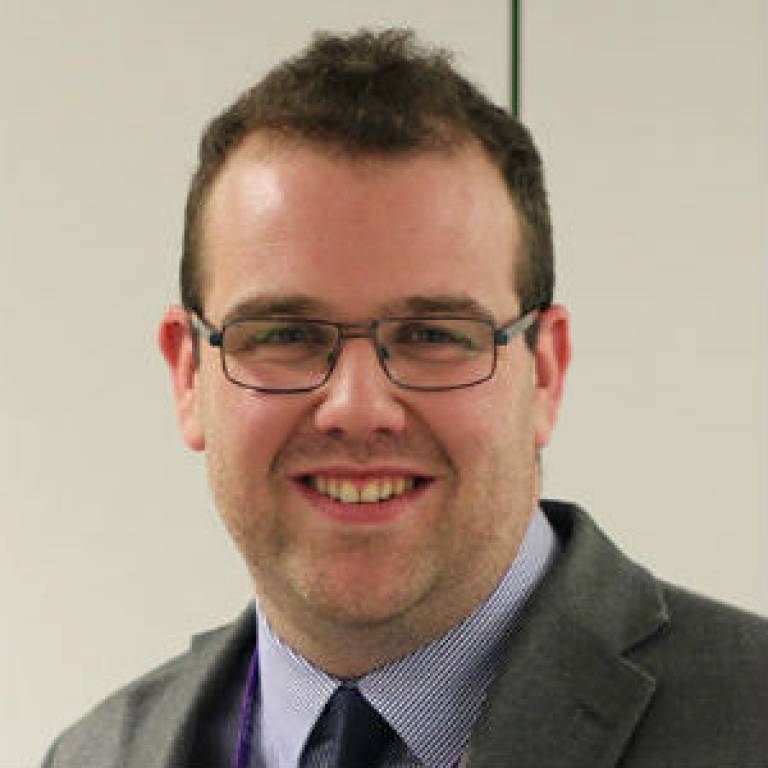 I'm the relatively new Chief Executive Officer of UCLU. My role is to work with elected Sabbatical Officers, staff, students and UCL to ensure that UCLU is relevant, professionally run and supports the wide demographics of UCL students. I act as the lead member of staff and report directly to UCLU's Board of Trustees.

The Board of Trustees recruited me with a clear vision - to make UCLU a students' union for all of its members, and to create opportunities for students to flourish.

I started working for UCLU in April 2015 and before then I was Chief Executive Officer of Royal Holloway Students' Union. I was only at Royal Holloway for a short period (before the too good to be true role at UCLU came up), but we achieved a great deal, with the union retail strategy my standout success for my year in Egham.

The students' union now operates the campus retail offer with a focus on value for money, putting money back into students' pockets and using any profit to develop non-commercial student focused initiatives.

Having only been at UCLU for just under a year, I haven't had a chance to finish off any major projects yet, but broadly, I'm most pleased with our progress in making UCLU a great place to work. Although we have a number of areas to further develop, staff have shared informally and via the UCL Staff Survey that things have improved.

I recently led a change project to recruit a new team of senior staff within the union, who will further support UCLU in becoming one of the best students' unions in the country. The new Head of Finance, Head of Operations and Head of Student Engagement and Communications will all be in place by June 2016.

I'm currently kick-starting a project, alongside Sabbatical Officers and staff, to consider what UCLU space should look and feel like in the future. I have always believed that in order for a students' union community to flourish, invaluable services and opportunities that a students' union provides should be in relatively close proximity to each other, in order to create a buzz. The project will consider what the diverse demographic of UCL students want now and in the future, and look to work with UCL to find a creative solution. It's not going to be easy, given the wider space challenges at UCL, but I have always liked a challenge!

My life for the past six years has been relatively focused on my children, so my answer to all of the above is the CBeebies equivalent!

If I had to choose a more adult pick, I would go for Golden Eye, a James Bond classic. Or any sports film where the underdogs come back to win at the last minute, e.g. Cool Runnings, Major League etc.

I enjoy autobiographies and anything by Stevie Wonder.

My son Angus, who is four, always tells the below joke and it gets me smiling every time… probably because he gets it wrong half the time.

Why was six scared of seven… because seven, eight, nine!

I enjoy cooking so I would need a group of dinner guests to be self sufficient, allowing me to whip up a storm in the kitchen. I would invite Barack Obama, Ellen MacArthur, Sir David Attenborough and Judi Dench. I think this group would keep the conversation flowing and have a good few stories between them. I might need a small musical interlude to break the ice so would also invite Stevie Wonder along to join us.

I worried a lot in my younger years, and I would hope that I would be able to share some words with myself that would make me live for the day more and not let worries get in the way of enjoying everything that life has to throw at us.

I'm currently training to run the 2016 London Marathon having never taken part in any type of running event; I have called it my sofa to marathon challenge!

My training is going very well so far but having never done anything like this before I'm slightly nervous!

My sister and her husband got married in Iceland. Having been their once before, I find it fascinating and somewhere that, once my three kids have all flown the nest (a way off yet, with a four and two-year-old, and a seven-month-old), I hope my wife and I will hire a suitable off road vehicle and spend a few weeks enjoying the beautiful country.

Until then, I will say, my back garden on the trampoline with my family.