This week the spotlight is on Greg Tinker, Communications Manager for the Office of the Vice Provost (Research). 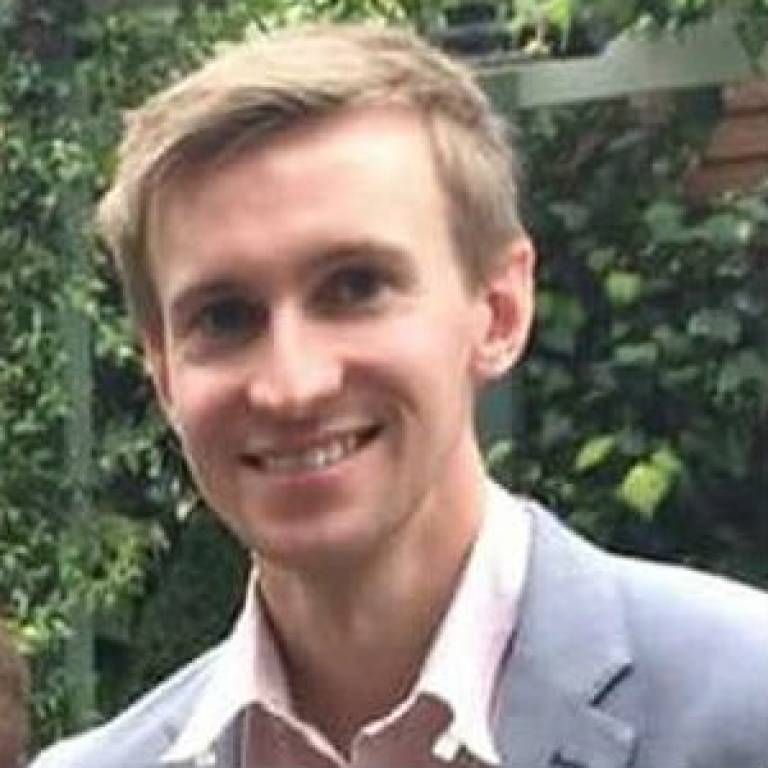 I look after the communications function of the Office of the Vice Provost (Research). This includes telling people, both within UCL and outside, about the UCL Grand Challenges and the work of UCL Public Policy. I'm getting to hear about some of the fascinating, ground-breaking and world-changing research we do here and spreading the word about its impact.

I've been at UCL for less than six months-I'm very much still getting to know the place and the huge extent of our research output. Before coming to UCL I worked in communications for a number of different charities and political organisations in Edinburgh, Bangalore and London.

I've been involved with a number of exciting events which I think have really helped to translate our research and explain what the Grand Challenges are. The Africa Voices series was fascinating-I loved meeting leading academics from the continent and we're working on a series of videos to explain what the Africa Studies Research Centre is all about.

Before coming to UCL, one of my jobs was working for the Scottish Liberal Democrats. Being involved in several election campaigns was tremendously exciting, despite results not going our way!

At the beginning of the next academic year, we're going to re-launch the UCL Grand Challenges, refreshing them and adding some new ones. We've got a Town Hall meeting planned for 21 April where we'd like to hear from everyone about their experiences with the Grand Challenges so far. It'll be everyone's chance to ask questions about the Grand Challenges programme and help shape it as we plan for the next five years.

The two albums I play the most are probably The Stone Roses self-titled debut album and the Peer Gynt suite by Edvard Greig; make of that what you will!

The film has to be Con Air, unless I've got all afternoon, in which case it's Bollywood classic Kabhi Khushi Kabhi Gham.

Novel: Nineteen Eighty-Four (I'm an Orwell nerd) or The City of Dreaming Books by Walter Moers. It's completely mad, but utterly hilarious.

It's an incredibly long one about a rabbit in a butchers' shop. If you've got a spare 15 minutes, give me a call and I'll tell you.

For brevity, it's hard to beat: What's brown and sticky?

George Orwell, Eric Cantona, Kathy Burke and David Mitchell. On second thoughts, that sounds too surreal to be any fun at all!

You don't have to keep talking to fill every little silence. That's actually advice that I could still do with taking today…

I once met the First Lady of Namibia and had to learn the Namibian national anthem for the occasion. It's a great tune as well; I still get it stuck in my head all the time.

I'm a bit obsessed with Norway-I once went to a tiny village on an island north of the Arctic Circle called Å and saw the Northern Lights.

It's also a very special place because it's right at the end of the road and Å is the last letter of the Norwegian alphabet. Any place whose name is also a linguistic joke gets a huge thumbs up from me.