The biggest library of bat sounds has been compiled to identify bats from their calls in Mexico - a country which harbours many of the Earth's species and has one of the highest rates of extinction and habitat loss. 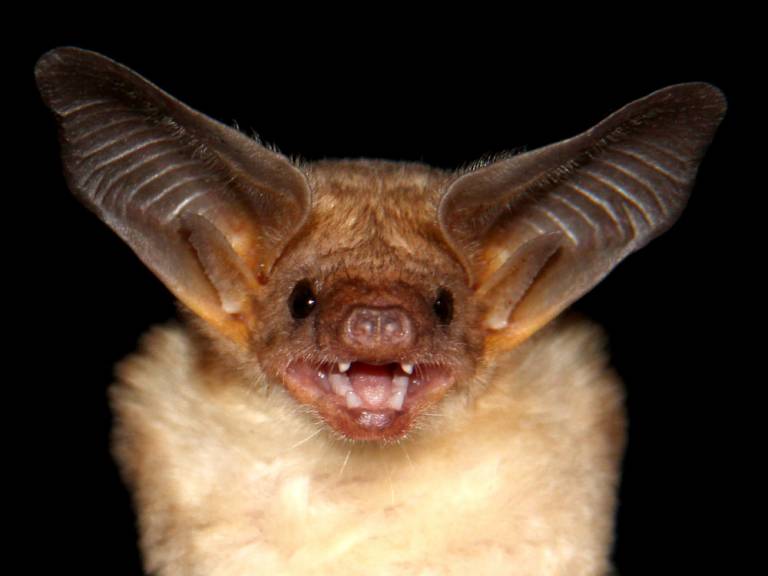 An international team led by scientists from UCL, University of Cambridge and the Zoological Society of London (ZSL), developed the reference call library and a new way of classifying calls to accurately and quickly identify and differentiate between bat species.

It is the first time automatic classification for bat calls has been attempted for a large variety of species, most of them previously noted as hard to identify acoustically.

The researchers say the method can be used to monitor biodiversity change and complete information on bat species distributions in remote and understudied regions in Mexico. It could also be expanded for use in other areas across the Neotropics, which incorporates South and Central America, and the Caribbean Islands and Florida.

"Audio surveys are increasingly used to monitor biodiversity change, and bats are especially useful for this as they are an important indicator species, contributing significantly to ecosystems as pollinators, seed dispersers and suppressors of insect populations. By tracking the sounds they use to explore their surroundings, we can characterise the bat communities in different regions in the long term and gauge the impact of rapid environmental change," explained lead author Dr Veronica Zamora-Gutierrez, from UCL and the University of Cambridge.

"Before now it was tricky to do as many bat species have very similar calls and differ in how well they can be detected. We overcame this by using machine learning algorithms together with information about hierarchies to automatically identify different bat species."

For the study, published today in Methods in Ecology and Evolution, the researchers ventured into some of the most dangerous areas of Mexico, primarily the northern deserts, to collect 4,685 calls from 1,378 individual bats representing 59 of the ~130 species occurring in Mexico.

The team tested the accuracy of the call classifier at grouping bats and found it to be 72% accurate at species level, 91.7% accurate at family level, 77.8% accurate at genus level, 82.5% accurate at guild level - a species groups reflecting bats' preferences for foraging habitat and food items. It is the first time guilds have successfully been used instead of species to identify functional groups.

Co-author, Professor Kate Jones, UCL and ZSL, said: "We've shown it is possible to reliably and rapidly identify bats in mega-diverse areas, such as Mexico, and we hope this encourages uptake of this method to monitor biodiversity changes in other biodiversity hotspot areas such as South America. Our ability to readily map ecological communities is imperative for understanding the impact of the Anthropocene and implementing effective conservation measures."

The team now plan on developing a citizen science monitoring programme for Mexican bats to collect further information on bat calls. They will also develop more robust tools for bat identification using the Bat Detective website which will allow them to refine the machine learning algorithms used by the software.