Have you ever touched someone else and wondered why his or her skin felt so incredibly soft? Well, now researchers reporting in the Cell Press journal Current Biology on September 10 present evidence that this experience may often be an illusion. 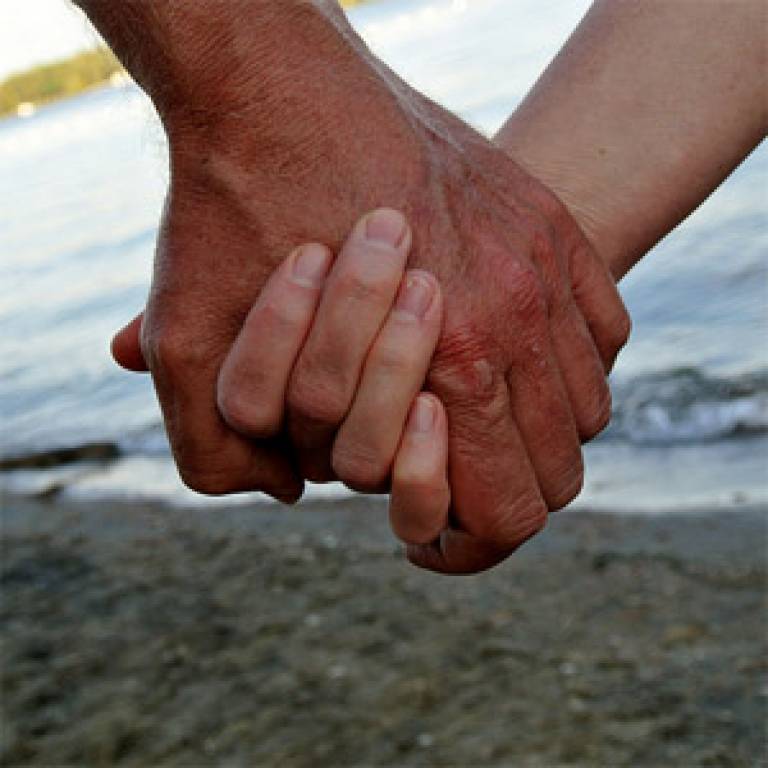 In a series of studies led by Aikaterini Fotopoulou of UCL, participants consistently rated the skin of another person as being softer than their own, whether or not it really was softer.

The researchers suggest that this phenomenon may exist to ensure that humans are motivated to build social bonds through touch.

"What is intriguing about the illusion is its specificity," says Antje Gentsch, also of the University College London. "We found the illusion to be strongest when the stroking was applied intentionally and according to the optimal properties of the specialized system in the skin for receiving affective touch."

This system typically responds to slow, gentle stroking found in intimate relationships and encodes the pleasure of touch, Gentsch explains. In other words, this "social softness illusion" in the mind of the touch-giver is selective to the body parts and the stroking speeds that are most likely to elicit pleasure in the receiver.

"The illusion reveals a largely automatic and unconscious mechanism by which 'giving pleasure is receiving pleasure' in the touch domain," Fotopoulou says.

The illusion reveals a largely automatic and unconscious mechanism by which 'giving pleasure is receiving pleasure' in the touch domain.

In fact, social touch plays a powerful role in human life, from infancy to old age, with beneficial effects on physical and mental health. Many studies have focused on the benefits of touch for the person receiving it. For instance, premature infants benefit greatly from time spent in direct physical contact with their mothers. Yet, Fotopoulou and her colleagues say, remarkably little is known about the psychological benefits of actively touching others.

Earlier studies showed that softness and smoothness stimulate parts of the brain associated with emotion and reward. Therefore, this "illusion" that other people are softer ensures that reaching out and touching another person comes as its own reward.

This rewarding illusion acts as a kind of "social glue," bonding people to each other. For example, touching a baby in a gentle manner seems to give the mother tactile pleasure, the researchers say, over and above any other thoughts or feelings the mother may have in the moment.

Fotopoulou says the next step is to examine the neurophysiological mechanisms involved in giving affective touch. They are also curious to examine any differences that may exist in the experience of this softness illusion among partners, friends, and strangers.