US fans of the National Football League (NFL) and sports reporters assigned to specific teams have unrealistic expectations about how well their team will perform, finds new research from UCL and Oxford University. 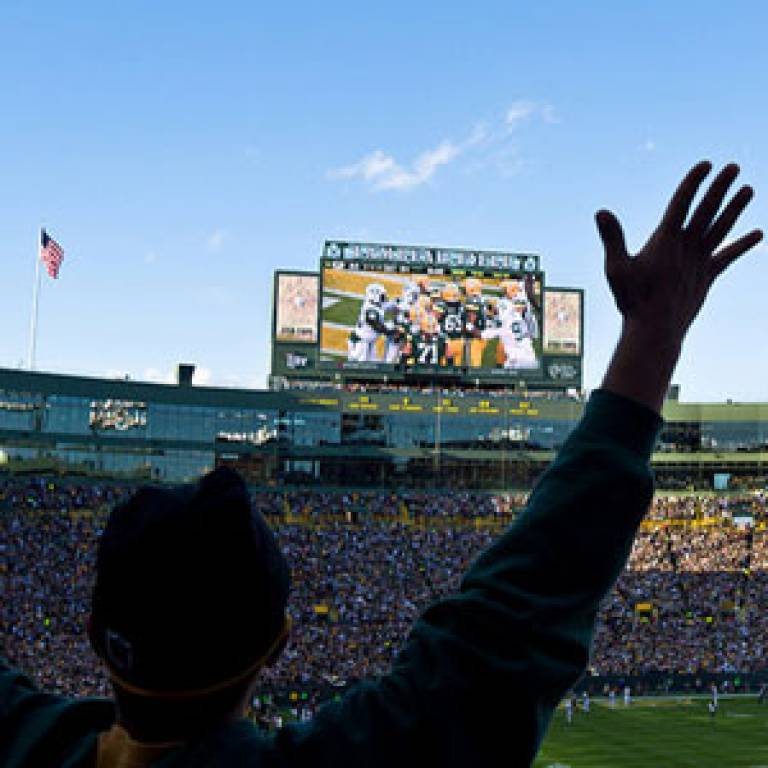 The study, published in PLOS ONE, also reveals which teams are most liked and disliked, as well as which teams have the most optimistic fans.

The main results are from an April 2015 survey of 1,116 US-based NFL fans, who were asked to predict how many games their favourite and least favourite teams would win in the 2015 season. As each team plays 16 games and only one team can win each game, the overall average number of wins across all teams will always be eight. However, the average number of wins across all favoured teams as predicted by fans was 9.59, showing that they were all overly optimistic and cannot all be right.

The ESPN data comes from an article published before the start of the 2014 season, in which an expert reporter was assigned to each of the 32 teams and asked to predict how many games that team would win. The experts were all optimistic about their assigned team's chances, with a collective predicted average of approximately one more win than is possible (8.93). When the expert predictions were compared with the real 2014 results, they were found to be no better than a naïve forecasting model that assumes each team will replicate their previous year's performance.

"We should perhaps take the predictions of experts assigned to a single team with a pinch of salt as they may not appreciate the bigger picture," explains senior author Professor Brad Love (UCL Psychology & Language Sciences). "Previous studies suggest that just following a team intensely can lead to bias, so that is also probably going on here. Fans and experts alike can get focused on improvements or changes for the team that they follow and don't realise that it's an arms race with other teams who are also improving. NFL is the perfect system to study optimism bias because it's zero sum - one team winning means another team losing."

The team-specific data showed that the New England Patriots were both most liked (by 7.7% of respondents) and most disliked (17.3%) among the survey sample, perhaps unsurprising given their Super Bowl victory in the 2014 season. Fans and rivals alike expected the Patriots to do well in 2015, with fans expecting only one more victory in the 2015 season than Patriots-haters.

The gap between fan and rival predictions were similarly small (approximately one game) for the Denver Broncos, Seattle Seahawks and Philadelphia Eagles. By contrast, the biggest 'optimism gaps' were for the Cincinnati Bengals and Arizona Cardinals, with fans predicting an average of 6.6 more wins than rivals in both cases.

"It's interesting that both fans and rivals of high-profile, successful teams are generally in agreement about their expected performance," says Professor Love. "By contrast, we see the largest optimism gap for lower-profile teams that receive little national media coverage, enabling fans and local media to construct their own optimistic narratives."

"Optimism bias is a well-documented phenomenon, but is difficult to measure in the real-world as there are so many factors to consider," says Dr Olivia Guest, from Oxford University's Experimental Psychology department. "Using the zero-sum closed system of the NFL, we have been able to conclusively demonstrate optimism bias since people's collective expectations exceed the total number of wins possible. This could also help to explain why fans of other sports, for example English soccer fans, always overestimate their team's chances. Sports fans who bet on games should be aware of the optimism bias before putting money on their team's victory, as their expectations may not match the reality."